Skip to content
You are here
Home > Giveaways > Atlanta: Win Tickets To See An Early Screening Of Annabelle Comes Home! 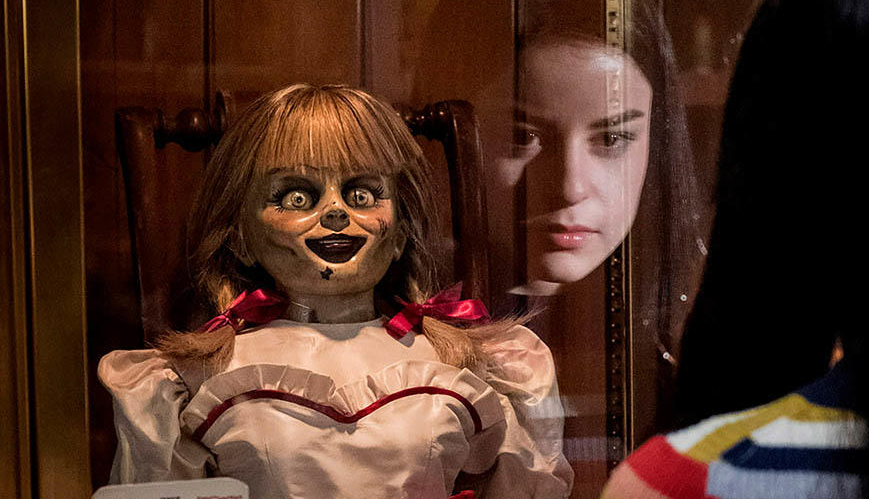 Warner Bros. is partnering with Pay or Wait to give Atlanta an opportunity to see an advance screening of Annabelle Comes Homes before it hits theaters on Friday, June 26th! On Thursday, June 20th, fans will be able to see an early screening of the new horror film from The Conjuring universe. Be sure to check out the screening details and how you can score free tickets by clicking the link below! Movie Synopsis:  “Annabelle Comes Home” is the third installment of New Line Cinema’s hugely successful “Annabelle” films starring the infamous sinister doll from the “Conjuring” universe. Gary Dauberman, the screenwriter of the “Annabelle” films, “IT” and “The Nun,” makes his directorial debut on the film, which is produced by Peter Safran (“Aquaman”), who has produced all the films in the “Conjuring” franchise, and “Conjuring” universe creator James Wan (“Aquaman”). Determined to keep Annabelle from wreaking more havoc, demonologists Ed and Lorraine Warren bring the possessed doll to the locked artifacts room in their home, placing her “safely” behind sacred glass and enlisting a priest’s holy blessing. But an unholy night of horror awaits as Annabelle awakens the evil spirits in the room, who all set their sights on a new target—the Warrens’ ten-year-old daughter, Judy, and her friends. The film stars Mckenna Grace (TV’s “The Haunting of Hill House,” “Gifted,” “Captain Marvel”) as Judy; Madison Iseman (“Jumanji: Welcome to the Jungle,” “Goosebumps 2: Haunted Halloween”) as her babysitter, Mary Ellen; and Katie Sarife (TV’s “Youth and Consequences” and “Supernatural”) as troubled friend Daniela; with Patrick Wilson (“Aquaman,” “The Conjuring” and “Insidious” films) and Vera Farmiga (“The Conjuring” films, upcoming “Godzilla: King of the Monsters,” TV’s “Bates Motel”) reprising their roles as Ed and Lorraine Warren. Watch the Trailer:  Screening Details: Thursday, June 20th @ 7:30 PM Regal Atlantic Station  261 19th St. NW Atlanta, GA 30363 Click here to get your free passes
Please follow and like us:

Multiple Cities: Win Tickets To See The Lost City Before It Hits Theaters