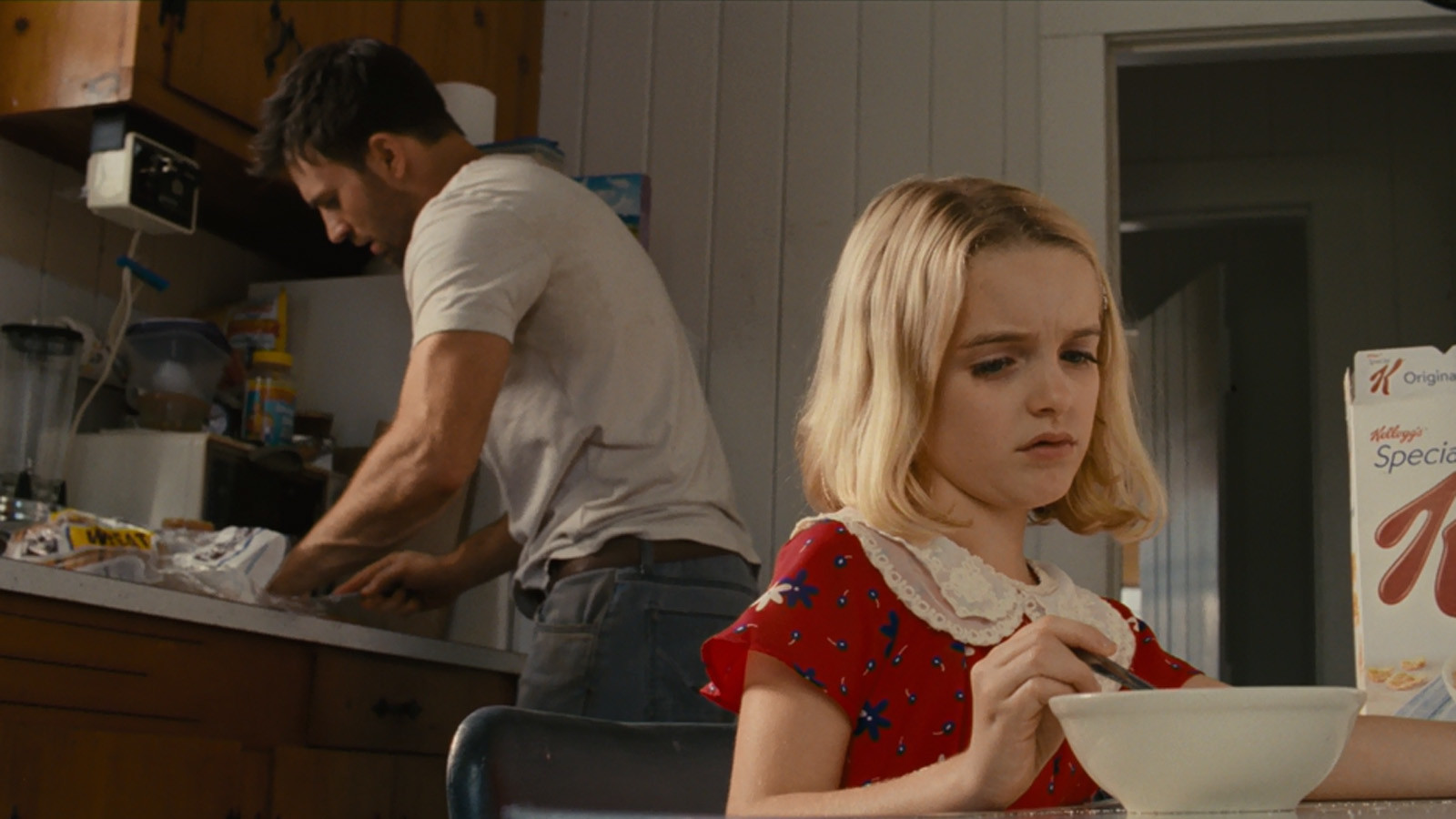 Gifted tells the story of Frank Adler (Chris Evans), an uncle who is caring for his niece Mary Adler (McKenna Grace) after his sister suddenly passes away. Frank is doing the best he can at raising his niece to have a normal life, but there is only one issue. Mary is a genius, a mathematical genius to be exact. Frank puts her in school to help her achieve a sense of normalcy but her teacher, Bonnie (Jenny Slate) quickly realizes that Mary needs more of a challenge to expand on her intelligence. The only issue is Frank’s mother, Evelyn (Lindsay Duncan) wants to raise Mary and put her gifted mind to use. From then on this film and the audience is tasked with deciding who is a better fit for Mary and what type of life should she be given.

I have to say it is refreshing to see Chris Evans show us a softer side in this film as opposed to his well-known superhero character Captain America. The star of the film, however, is McKenna Grace. I was so shocked at how well McKenna played this genius yet smart-mouthed, sassy, young girl. Her range in this film was amazing and I hope to see her grow up and evolve in front of the camera where she belongs.

One of my issues with this film is its lack of development to its supporting characters. I will first start with Octavia Spencer who plays Roberta. Roberta is a  mother figure to Mary and some would agree even to Frank sometimes. Octavia is a great actress but I wanted to see more of her in this film. When she does grace us with her presence in the film she provides the audience and the characters of the film with some needed comic and emotional relief. Jenny Slate’s character was needed as the teacher who discovers Mary’s brilliance but then they do her and the audience an injustice and makes her a love interest for Frank. To me, this love interest was not needed and takes away from the premise of the story which is Frank and Grace’s relationship.

Overall, the movie is good and does well to tug at the audience’s heart. The actors in the film give great performances with the material that was given to them. The movie is somewhat predictable, yet pleasing to watch.  I would recommend you PAY to see this film in theaters.

Gifted hits theaters on April 12th. Click here to purchase tickets from Fandango so you don’t get sold out.

Sundance Review: Rebecca Hall Is A Force Of Nature In ‘Resurrection’