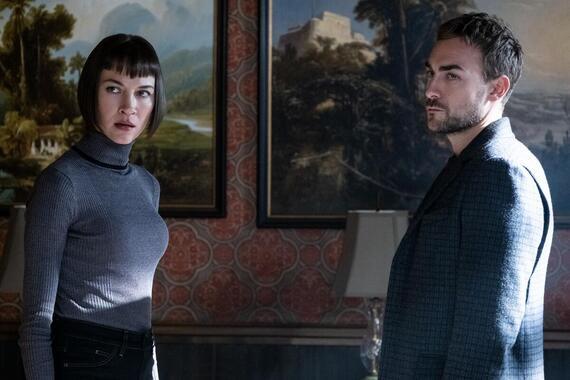 Hulu has released the official trailer to their upcoming horror series, Helstrom. The series will center around brother and sister Daimon (Tom Austen) and Ana Helstrom (Sydney Lemmon) asthey use their skills to track down the darkest of souls. Be sure to check out the Hulu original series Helstrom official trailer and poster below!

As the son and daughter of a mysterious and powerful serial killer, Helstrom follows Daimon (Tom Austen) and Ana Helstrom (Sydney Lemmon), and their complicated dynamic, as they track down the worst of humanity — each with their own attitude and skills.

Helstom will have its series premeire October 16, 2020 on Hulu. Share your thoughts on the Helstrom official trailer in the comment section below!

Happiest Season Review: Director Clea DuVall Makes History and the Yuletide Gay With the Best Rom-Com of the Year