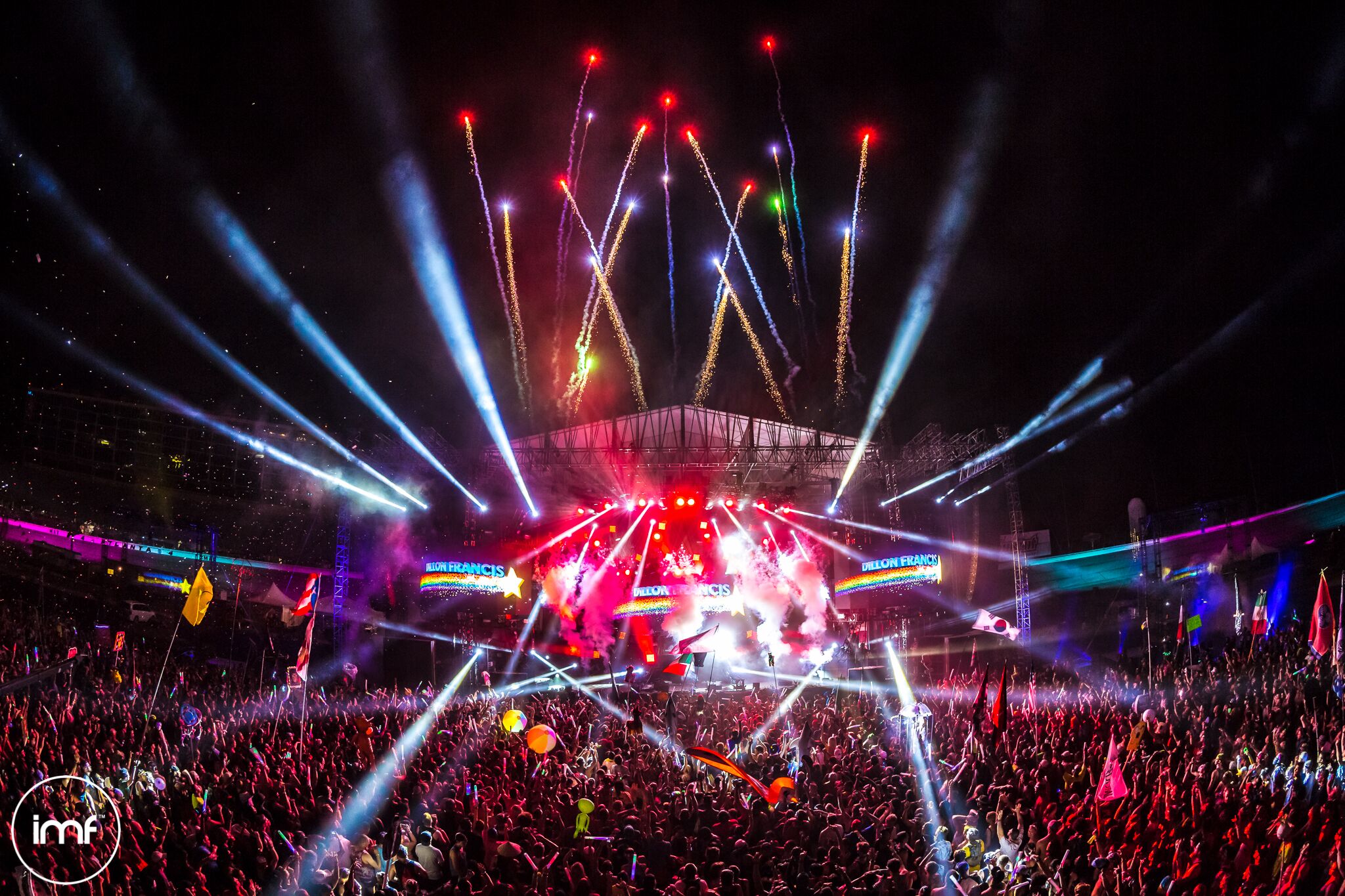 After dropping a first phase lineup that would exceed most other festival’s full rosters, the three-day music and camping festival is releasing the next round of performers for its 2017 event. Returning to Atlanta Motor Speedway in Atlanta, Georgia on September 22 through 24, 2017, Imagine has put an exclamation point on its performer lineup with a mix of new heavyweights, including:

Big Gigantic: Perennial fan favorites, Big G, has made a name for themselves by pairing electronic beats with their signature live saxophone and drums. Tracks from their latest release, last year’s Brighter Future that included a bevy of collaborators, is currently getting the remix treatment from acts like Luca Lush, Kasbo and Naderi.

STS9: Originally from Georgia and affectionately known to fans simply as “Tribe”, this tight knit group of electronic rock instrumentalists with a meteoric rise to fame, is now nearly 20 years into their illustrious career. Perfecting their self-described “post-rock dance music” through live rock instrumentation on one of their many tours, STS9 is one of the top-grossing live acts globally.

Claude VonStroke: A producer obsessed with the cross-pollination of genres, Claude VonStroke has made a name for himself as a house and techno pioneer with the chops to craft pristine, albeit laid-back remixes. This year, as the owner of Dirtybird Records, VonStroke will be joined by Shiba San, Will Clarke, Ciszak and Dateless on the label’s branded stage at Imagine.

G Jones: A favorite of the underground bass scene, G Jones has emerged as a staple on the festival circuit having played such notables as Bonnaroo, Euphoria, Camp Bisco and more. His unique blend of distorted bass and trip visuals make for one of the more energetic shows on the circuit.

Illenium: As a relative newbie to the game, Illenium has taken big strides since the release of his debut Ashes in 2016, having remixed Dawn Golden, ODESZA and Oh Wonder, amongst others.

NGHTMRE: Originally a trap and house producer, NGHTMRE released an eponymous EP in 2016- considered by many to be one of the top dance/electronic contributions of the year. The recently released “End of the Night” is a collaboration with Ghastly that is an epic example of what to expect at Imagine.

Imagine will be returning to Atlanta Motor Speedway this September 22-24, 2017 for the fourth edition of the festival. The return to the venue means fans can expect plenty of upgrades, based in large part on feedback from its 2016 attendees. Expanded water stations, camping upgrades, improved VIP areas, shade and charging stations, food options, dancers, art, workshops, the return of the Imagine splash pool and of course an even bigger and better lineup. As one of the country’s last remaining independent festivals, Imagine creates an all-encompassing, 360-degree sensory experience that blends music, circus troupes, performers, dancers, art, workshops, classes and more.

Imagine Music Festival is produced by Iris Presents. Visit www.imaginefestival.com for the most up-to-date information. Stay connected on Twitter at www.twitter.com/imaginemusicfes and on Facebook at www.facebook.com/imaginemusicfestival.