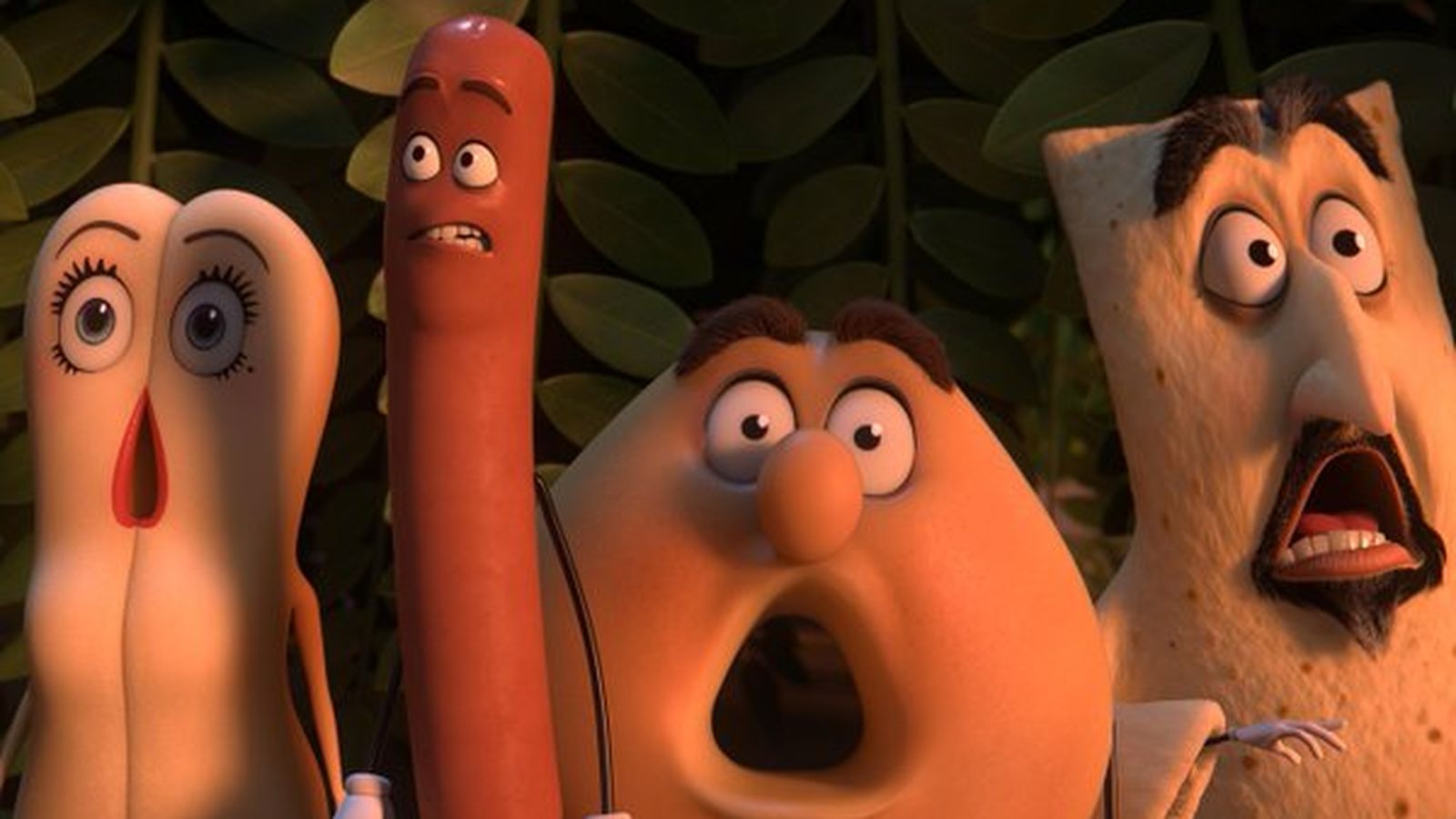 Sausage Party introduces us to Shopwell’s grocery store. It is the day before red, white, and blue day sale (July 4th sale) and hot dog Frank (Seth Rogen) is hoping to get chosen with his hot dog bun girlfriend Brenda (Kristen Wig) and get taken to the Great Beyond which in this case is the humans home. Their excitement is quickly brought to a halt when Honey Mustard (Danny McBride) returns from the Great Beyond and warns everyone that it is not what it seems.

Frank is determined to find out whether or not Honey Mustard was telling the truth about the Great Beyond and is introduced to a ton of hilarious food  characters along the way. This movie crosses every line you can possibly think of and I absolutely love it! The movie hits sex,  racism, religion, and basically any ethnic food stereotype you can think of. If you are offended by any of these categories you might not want to see the movie. The end scene sort of traumatized me and almost seemed a bit unnecessary but I won’t spoil it for you.

There a ton of celebrities voicing these characters and some come and go very quickly so pay close attention. This was an absolute genius idea to create a rated R animated film and hope there are more to come. Not that I should have to say this but this movie is not safe for children.

If you are looking for a hilarious comedy to go watch with your friends this is it! The movie is hilarious and who doesn’t love animated comedy even more. Some parts of the movie may offend some but what do you expect from a Seth Rogen film. I would recommend to PAY to see this movie in theaters.

Have you seen Sausage Party? Vote below and tell us what you thought!

Fantasia Review: ‘Next Exit’ Puts a Paranormal Spin on the Buddy Road Trip