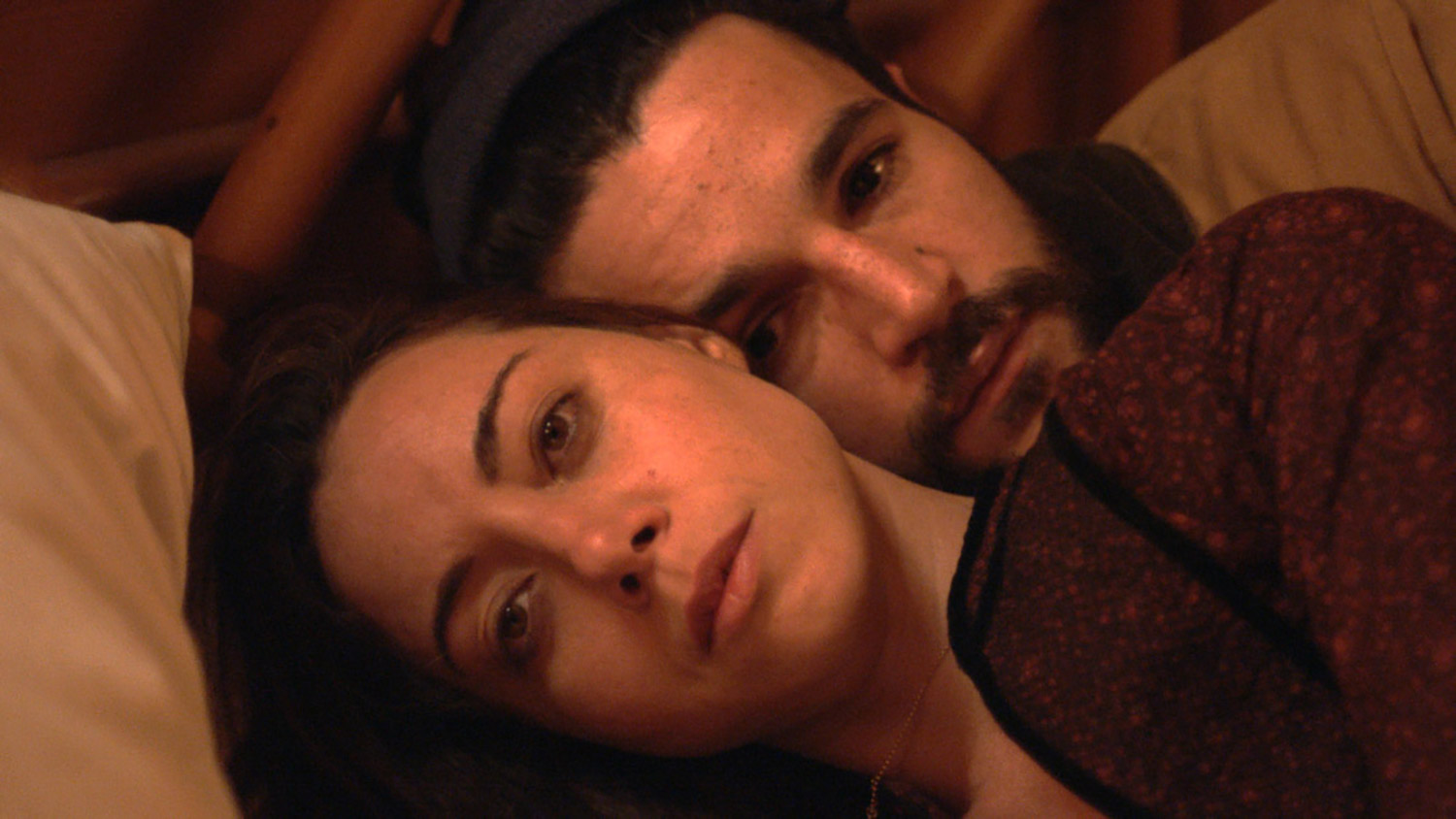 The sound of water moving to the gentle kiss of wind normally signals tranquillity. Our favorite lake, favorite beach, the place we want to run to for respite. But in an introduction with a score resembling Tibetan meditation music rising to create something much more piercing, and Aubrey Plaza’s blank yet expressive eyes with the hint of tears against her pale visage, Lawrence Michael Levine’s sophomore feature reveals itself to be anything but tranquil. Black Bear is a film open to interpretation, and just as the film’s two halves do, they will vary widely. A movie you come to love even though its symbolism may escape you. A narrative of fantasy versus reality about the toxic relationship between an artist and their muse, and how women are used and abused for the sake of art.

Co-producer Aubrey Plaza plays Allison, a funny and relatable character for up-and-coming actors or filmmakers who put all of themselves into something no one will ever see or, in Allison’s case, like. She goes on a solo retreat to a remote cabin in the hopes it will get those creative juices flowing for her next project. She’s welcomed by the cabin’s owners, Gabe (Christopher Abbott) and his pregnant girlfriend Blair (Sarah Gadon), and Allison soon becomes the third wheel with this bickering couple. Black Bear carries an intensity from its very first frame and only ever increases as this threesome gets to know each other. Allison’s presence brings friction to this already crumbling relationship as it demonstrates what paranoia and jealousy do to a couple – something highlighted even more in the film’s second half. The characters partake in some entertaining and explosive discourse on feminism, gender roles, political philosophies, and art. The kind of intoxicating, intellectual conversation you only wish you could have with your friends over a glass of wine. In these moments, the film feels like the best and most cinematic adaptation of a play that’s not actually a play. It’s absolutely electrifying as every aspect of their selves is confronted. The sexual tension created in this first half, especially between the two women, is intoxicating. It feels like each character is desperately trying to fight their desires to the point where you’re begging for it to turn into a Bob & Carol & Ted & Alice situation but you actually see them do it.

Through Allison and Blair, the film also illustrates something quite rare: women complimenting one another. Done in their first interaction, this is something not seen or done often enough. With social media, it’s becoming more frequent and easier, but there’s also a barrier there. Perhaps this is just personal experience talking, but there has always been some weird “two bros chillin’ in a hot tub five feet apart ‘cause they’re not gay” kind of attitude towards calling another woman you don’t know “pretty” in person. The same goes for men complimenting each other, and much more so. But the film portrays it as something welcomed and natural without the awkwardness that often comes with it.

Black Bear is an acting masterclass by all involved that gets even more intense as the second half comes into play almost an hour in. Now, I came into this film absolutely blind and I’m writing this for those who want to do the same. The experience of going, “Wait…what?!” as the narrative, roles, and dynamics of the characters do a 360-degree turn doesn’t happen often, so I’m keeping mum. But I will say, Plaza’s performance in this second half took my breath away – her best yet and unlike anything we’ve seen from her. At the beginning of the film, as Blair points out, she’s very hard to read with her mysterious grin and hidden truths behind those expressive eyes. Many have said that Plaza doesn’t get enough credit as an actress, and it’s true. She’s funny as ever here with her deadpan style, but the second half will surely (or hopefully) give her some much-deserved awards attention as her character taps into what Abbott describes as some “Gena Rowlands-type shit”. She brings the dramatics and emotion as she embodies what I’ve only read in biographies about my favorite classic actresses: A woman so used and abused for the sake of art that she no longer sees her self worth or importance as an artist. She turns to drink, becomes difficult to work with, and is fueled by the jealousy that comes with being replaced by the next best thing.

Black Bear is a confrontation of the gaslighting and emotionally abusive power that many men in Hollywood possess and how they use that power on women for the sake of creativity. A narrative that writer-director Levine touches on in a hilariously chaotic, gripping, shocking, and emotional way.