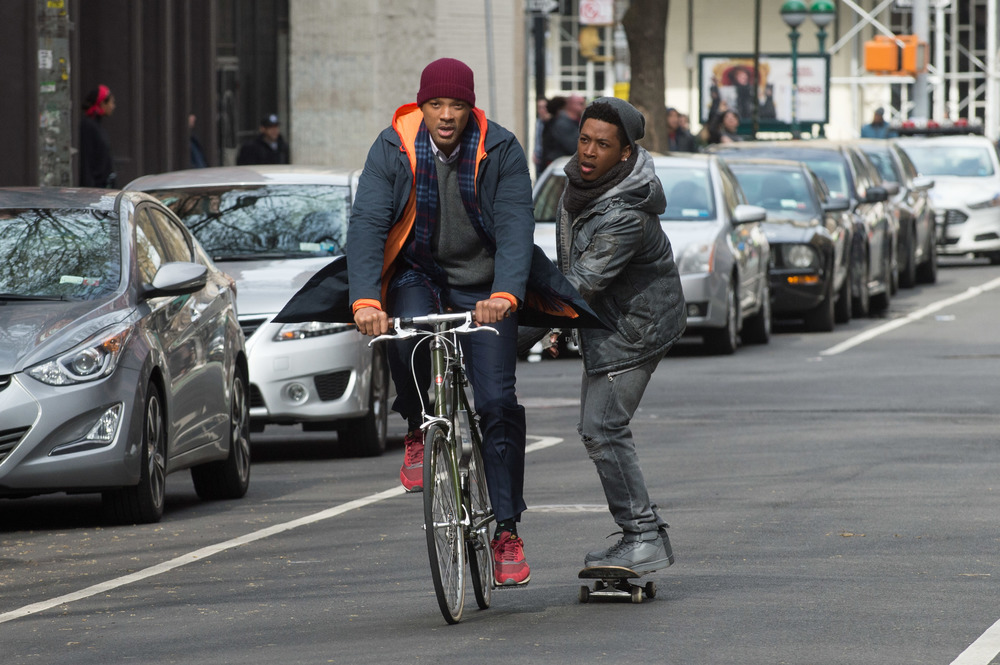 Collateral Beauty centers around Howard (Will Smith), a successful businessman, who has had a hard time dealing with the loss of his young daughter. Howard works at an ad agency with this business partners Whit (Edward Norton), Claire (Kate Winslet), and Simon (Michael Peña). Their business is currently in trouble since Howard no longer communicates with them and has excused himself from working with clients. They have desperately tried everything they could think of to break through to him but have failed miserably at every attempt.

In Howard’s attempt to deal with his sorrow and anger, he spends his time writing letters to death, time, and love to ask why they took his daughter from him. To his surprise he is eventually visited by death (Helen Mirren), time (Jacob Latimore), and love (Keira Knightley) and they confront him one by one about the letters he has written. As Howard begins to deal with his feelings you are taken through a journey of how his daughter’s death truly changed him and how his depression affected those around him.

Overall I enjoyed this film and the way it tugged at my heart. I must warn you that the trailer differs from what the movie is actually about which for once doesn’t give all of the plot twists away. Will Smith delivers a great performance along with Jacob Latimore and Helen Mirren. My only issue with this film is there were too many A-list actors and it seemed everyone was fighting for attention in the film. The film spent too much time giving everyone a storyline instead of just focusing time on the main character. I would still recommend you PAY to see this movie in theaters.

Collateral Beauty hits theaters this Friday, December 16th. Purchase your tickets now at Fandango to ensure you don’t get sold out and receive a free song download! Have you seen Collateral Beauty? Share your thoughts on the film below!