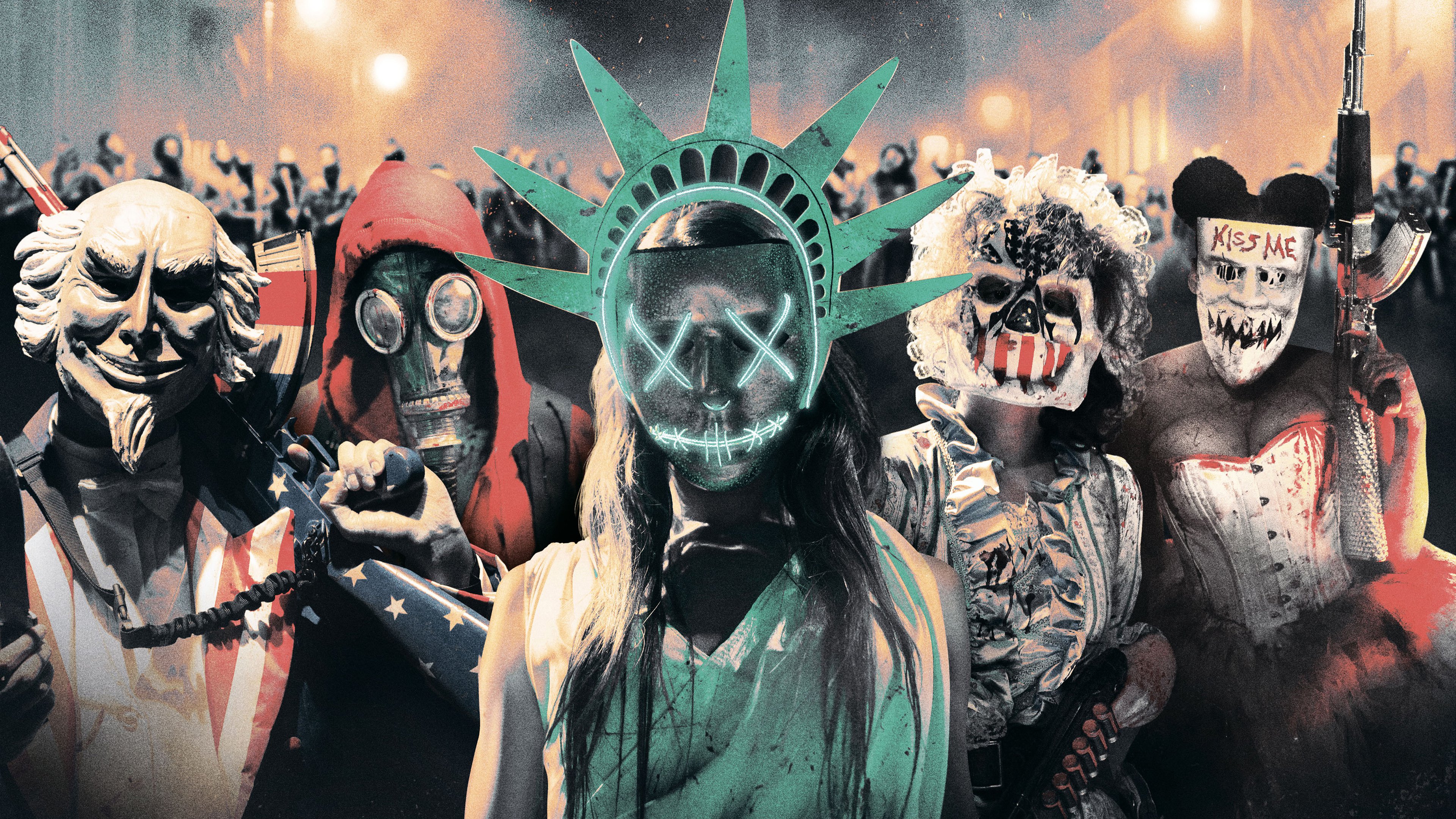 It’s election year and what better way to introduce the upcoming campaign trail with The Purge: Election Year.  The movie takes place two years since Sergeant Barnes (Frank Grillo),  went through his own personal drama of the purge, to now becoming the head of security for upcoming Independent Presidential candidate Senator Charlene Roan (Elizabeth Barnes). Senator Roan is running on the platform that the Purge should come to an end due to the unfairness of purposely targeting the poor and the brutality that it inflicts among the American citizens.

The opposing political group, New Fathering Founders of America (NFFA), started the purge and does not like the threat Senator Roan is bringing to their party. For the first time since the purge began they decide to eliminate the rule protecting government officials as a way to kill Senator Roan and remove her from the election. During the night of the purge Senator Roan and Sgt. Barnes discover their own camp has betrayed them in an effort hand her over to the NFFA. They must now find a way to survive the purge night if she ever has a chance of becoming the next President of the U.S.A. and bring the purge to an end.

The storyline had more substance than I originally thought in regards to how the political system is ran to benefit only certain social classes. They introduce a few more returning characters from the previous movie The Purge: Anarchy in addition to new heroes and villains as well. They do a good job of introducing different storylines that eventually tie all together in the end.

Overall, I thought it was a good movie. If you are looking for nonstop violence topped with a little gore this movie is for you. I would recommend PAY to see this movie.

The Purge:Election Year arrives in theaters this Friday! Will you be watching? Click here to purchase tickets.

Have you watched The Purge: Election Year? Share your thoughts below!

Fantasia 2021 Review: ‘All the Moons’ Is One of the Best Vampire Films of All Time