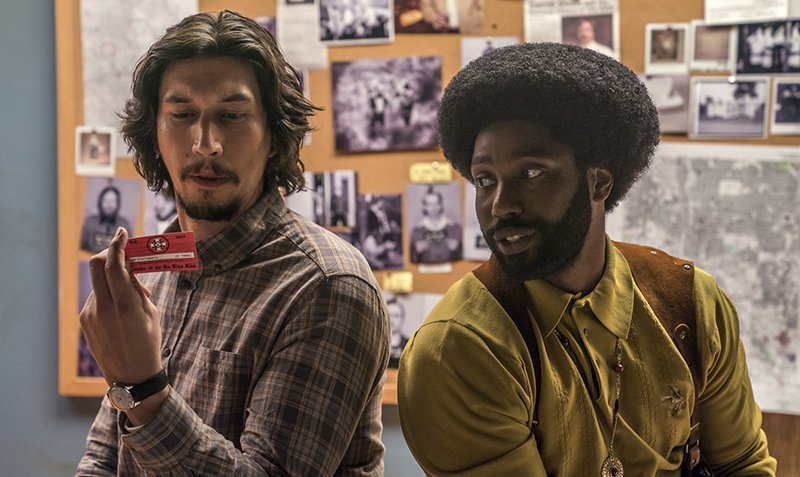 While Blackkklansman may have just made its Cannes Film Festival premiere today, Focus Features decided to lets fans in on what all the buzz is about. Today, Focus Features released the official trailer for BlacKkKlansman, starring Adam Driver, John David Washington,  Laura Harrier, and Topher Grace. This film is based on the book Black Klansman which was written by Ron Stallworth who details his real-life experience of how he infiltrated the KKK. From the looks of the trailer, this movie is going to be a fun ride. I love the chemistry Adam Driver, and John David Washington have, and the movie looks hilarious even though the subject matter may be deemed controversial. It is also great seeing John David Washington step into the spotlight after being a fan favorite on the HBO series Ballers. Make sure you check out the synopsis and official trailer below.

From visionary filmmaker, Spike Lee comes the incredible true story of an American hero. It’s the early 1970s, and Ron Stallworth (John David Washington) is the first African-American detective to serve in the Colorado Springs Police Department. Determined to make a name for himself, Stallworth bravely sets out on a dangerous mission: infiltrate and expose the Ku Klux Klan. The young detective soon recruits a more seasoned colleague, Flip Zimmerman (Adam Driver), into the undercover investigation of a lifetime. Together, they team up to take down the extremist hate group as the organization aims to sanitize its violent rhetoric to appeal to the mainstream. Produced by the team behind the Academy-Award® winning Get Out.

Blackkklansman his theaters on August 10th. What did you think of the trailer? Share your thoughts in the comment section below!

Plan B Raucously Looks At A Serious Issue

‘Luca’ Is a Heartwarming Adventure That Celebrates the Underdog