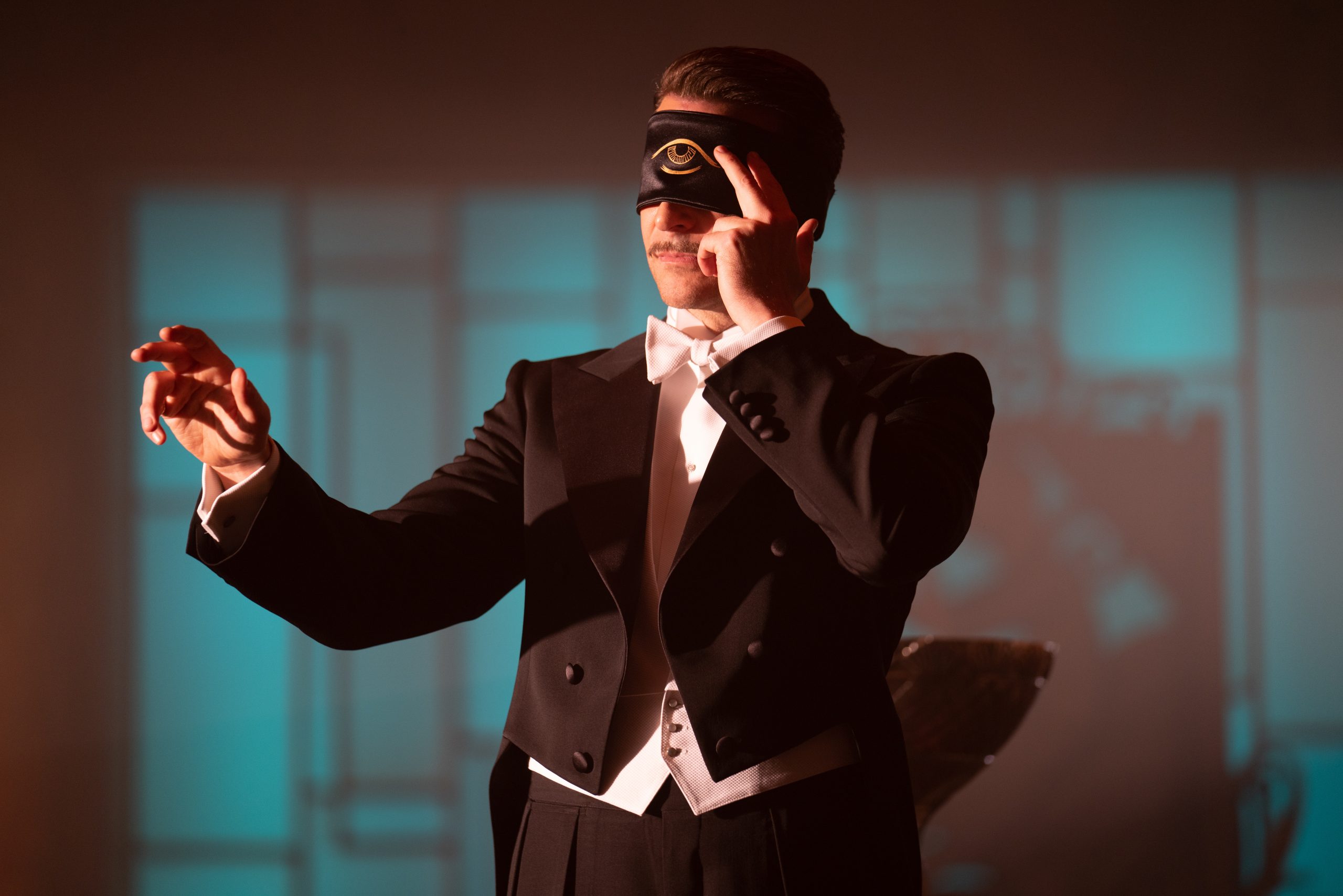 Edmund Goulding’s Nightmare Alley, now considered among the finest noir films, was met with mixed reviews and was a box office flop. The New York Times called it a film that “traverses distasteful dramatic ground and only rarely does it achieve any substance as entertainment.” It was adapted at a strange time where certain violence would seem “distasteful” to an audience still recovering from war, while production code restraints held it back from capturing every startling aspect of William Lindsay Gresham’s novel. But as Time magazine put it, “They have seldom forgotten that the original novel they were adapting is essentially intelligent trash, and they have never forgotten that on the screen pretty exciting things can be made of trash.” If that’s the case, writer-director Guillermo del Toro and co-writer Kim Morgan have taken trash and made a thrilling near-masterpiece. A neo-noir psychological thriller that takes its audience to the darkest depths of human wickedness as it follows its duplicitous lead on his pursuit of fool’s gold.

Stanton Carlisle (Bradley Cooper) makes a hot entrance as he lights his past aflame and makes his way to a traveling carnival seeking work. His introduction makes him quite a mysterious character, but carnivals make no mind to who people are or what they’ve done. There’s always been a sinister element to carnivals with their clowns and funhouse mirrors. Among the Ferris wheel, carousel, and bumper cars, del Toro’s carnival is a ragtag opera of “freaks” and a literal geek. Geeks were down and out drunks who, desperate for work, were paid with hot meals and spirits to bite the heads off live chickens. There’s the question posed of whether a geek is more beast than man, but as Stan’s story moves forward, we find out sometimes they’re one and the same.

Along with all the sideshows are those turning out the tricks. This includes the slimy barker Clem (Willem Dafoe) who preaches about the magic and peculiarities of the carnival like a preacher does religious sermons; Molly (Rooney Mara) with her shy school-girl manner that contrasts with the fearlessness it takes to have high volts of electricity coursing through her body in her act; Bruno (Ron Perlman) hailed as the strongest man on earth; and the all-knowing Zeena (Toni Collette) who, with the help of her sauced partner Pete (David Strathairn), make their skeptical audience believe she can read minds. Nothing is as it seems and both Zeena and Pete have cracked the code of illusion. Using words to manipulate and feed on the emotions of desperate people has led them to nationwide success, and Stan, the real charmer that he is, gains their trust to learn that code for himself. But as Pete warns, “When a man believes his own lies, starts believe that he has power, he’s got shut-eye,” and Stan’s eyes won’t open again until the film’s final minutes.

Stan shows ambition and his ambitious ideas grow too big for the carnival. Taking Zeena and Pete’s act, and his electrical girl love interest Molly with him, he moves to the big city of Chicago. Two years later, Stan and Molly are headliners at the Copa Club, tricking the city elite that he’s a mentalist. But one person who sees through his scheme is psychoanalyst, Dr. Lilith Ritter (Cate Blanchett). She isn’t afraid to call him out on his bullshit in front of a packed house, but he cleverly claps back. Their verbal sparring match leaves him intrigued. Wanting to know more about Lilith, he pays a visit to her office. However, she’s very similar to Stan, revealing herself to be perhaps even more conniving than him, but an equal fan of mind games. Because she’s the psychologist for Chicago’s elite, Stan and Lilith come up with what seems to be the perfect plan to get quick cash: Use the sensitive information Lilith recorded during her sessions about various wealthy clients and convince them that Stan is a medium able to communicate with the dead. Playing with powerful men with deep pockets feels easy at first; this scam makes them confront their pain and guilt, with their vulnerabilities fully on display. But the lies catch up with Stan, and in his greed and quest for power, he risks losing himself.

Del Toro’s adaptation of Gresham’s novel is violent and blood-soaked, emphasizing the horror elements within its pages. The filmmaker breathes new life into its characters, but this is also thanks to a stellar cast. Cooper is no Tyrone Power in terms of screen presence, but he’s able to bring much more emotion to the character because of del Toro and Morgan’s decision to include backstory for Stan. Running away from turning into his alcoholic father, he becomes almost unrecognizable to the character we first meet who barely speaks. Cooper is essentially playing two characters, the real Stan and the Stanton Carlisle he plays for the Chicago elite. Eventually, we see how they both come together, providing new insight and a different perspective on the character. The same can’t be said for Mara’s turn as Molly who, while essential to Stan’s act, doesn’t have much to chew on, simply whittled down to a puppet with Stan pulling the strings. Blanchett, on the other hand, is the perfect choice to follow Helen Walker as Lilith. She plays her own game; a queen to Stan’s king – not a pawn. With cheekbones that could cut like glass, Blanchett commands the screen, purring every word like a mischievous feline with a ferocity lying just under the surface. Her chemistry with Cooper sizzles like a flame slowly being doused with liquor. Lilith gets to reveal some of her own scars from her past too, but she remains as mysterious in the end as she did in her introduction – which lights Blanchett like the God she is. One character with changes to note is Collette’s Zeena who curiously doesn’t get to use her tarot cards as much as in the original adaptation. Used to foreshadow the events of the film, they only make one significant appearance here, but it lacks the same tension and suspense.

Many elements like its makeup and costume design are, of course, stunning. Above all else, though, Nightmare Alley is a technical wonder. Imbued with shades of green and blue, the otherworldly and awe-inspiring cinematography and lighting recall del Toro’s last film, The Shape of Water. Dan Laustsen’s camerawork is some of the year’s best, and with Tamara Deverell’s art deco production design, the underwater feel, particularly in the Chicago interiors, may make gamers think of Rapture from Bioshock – another piece of media about people in their most horrific form. Del Toro’s eye also impresses with the production design of the House of Damnation funhouse at the beginning of the film, emphasizing how trippy and genuinely frightening those attractions really are. Nathan Johnson’s score perfectly travels along with the changes within the story. Melancholy, romantic, and dramatic when it needs to be.

Del Toro and Morgan took a novel and classic noir and created something that feels both familiar and fresh. Del Toro proves once again that he’s one of the greatest and most unique directors working today with this phenomenal and chilling tale about how human monsters are much more frightening than those of fiction.