Skip to content
You are here
Home > Streaming > Eurovision Song Contest: The Story of Fire Saga Review: A Movie That’s Best When It Reminds Us Of How Weird, Campy And Heartfelt The Real Eurovision Is 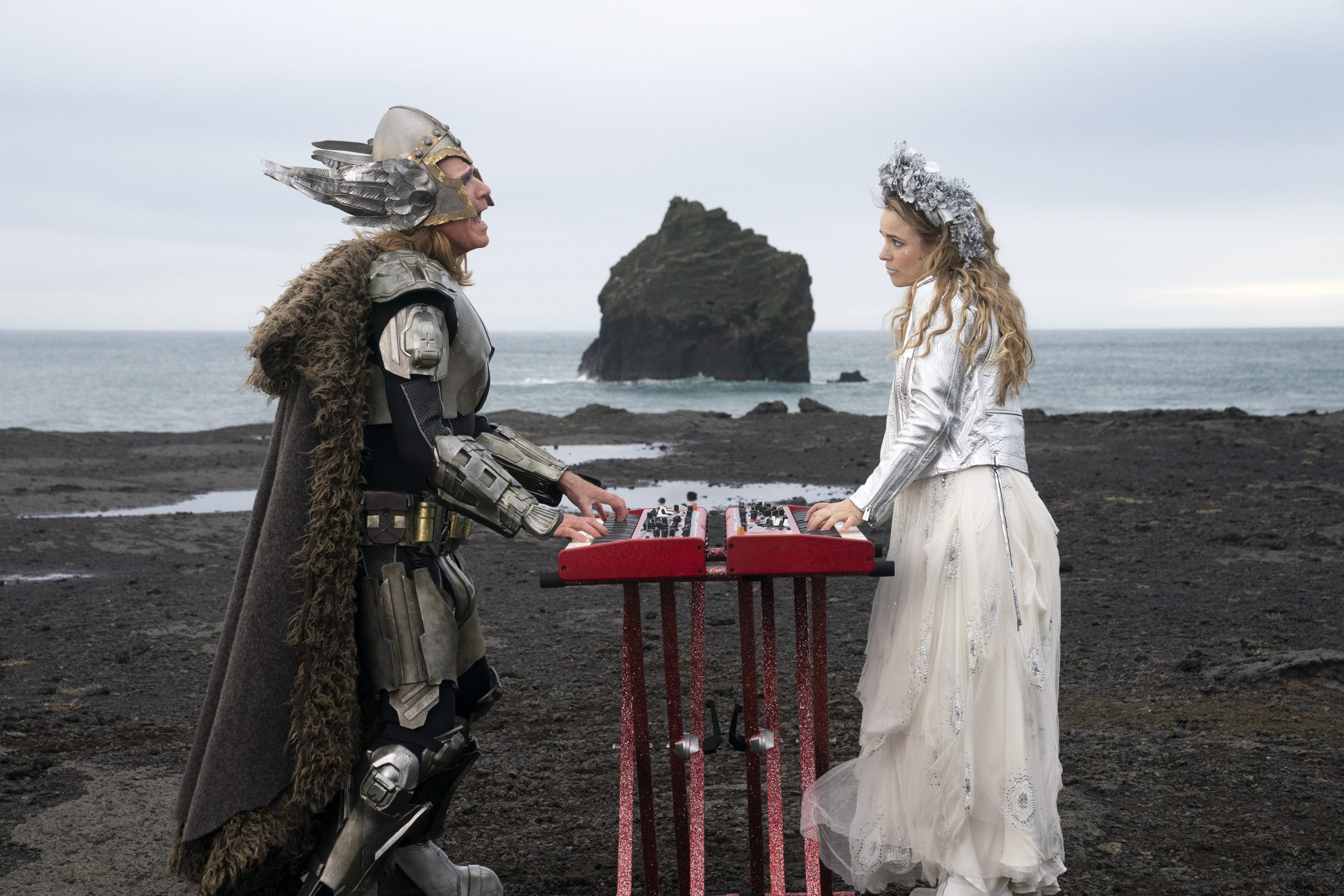 How do you parody what is already half a joke? How do you present an event that’s so ingrained in European pop culture as the Eurovision Song Contest to an American audience that has never paid attention? The wrong answer, is to make it a rom-com with the juggernaut singing competition as a backdrop. Unfortunately, that’s the direction Netflix’s Eurovision Song Contest: The Story of Fire Saga takes. Fortunately, when the film actually embraces the thing it’s trying to parody, it becomes almost as good as the real thing.

Co-written by self-confessed Eurovision fan, Will Ferrell, The Story of Fire Saga begins with what’s become the first fun fact that comes up whenever someone talks about Eurovision to a newcomer: that time ABBA won the contest with “Waterloo” in 1974. It is here that we meet Icelandic singer duo Fire Saga, made up of Lars Erickssong (Ferrell) and Sigrit Ericksdottir (Rachel McAdams) who really hope they are not siblings. You see, Sigrit has always had a thing for Lars, who has no space in his brain for anything that isn’t his lifelong dream of winning Eurovision, and the respect of his disappointed father (Pierce Brosnan). When an accidental boat explosion and a plot taken straight out of The Producers give Fire Saga a shot at competing in the real Eurovision, they’ll have to… spend most of their time in a dull romantic plot.

You see, the problem with The Story of Fire Saga is in part an issue of timing and business decisions. The film is made in association with the organization behind the real Eurovision, and Netflix itself bought the broadcast rights for Eurovision in the US last year — meaning the film never properly makes fun of, or portrays the weirdest and campiest the real Eurovision has to offer (which is a lot, you’re welcome). The other thing is that the film was clearly made as a companion piece to the real 2020 contest, as the film only had to provide a good and funny story, and leave the songs and performances to the real thing — until it got canceled. Watching the film as it was released now feels like having a very long, dull appetizer when you know you have the finest cavalcade of kitsch waiting for you as the main course.

It also doesn’t help that Will Ferrell is still trying to capture the lovable-teenage-goof humor that made him a comedy star nearly 2 decades ago. Besides plenty of dick jokes, the humor seems to come from Ferrel’s Lars being a complete joke of a man, and incredibly broad jokes about European stereotypes that are clearly made from a limited American lens — like the vaguely Scandinavian accent Pierce Brosnan is doing.

This feels unnecessary when Rachel McAdams is standing right there, doing a much better job with the very little material she’s given. Her role is unfortunately reduced to simply being the Nordic dream girl who is inexplicably madly in love with Lars, despite no evidence to suggest he is worthy of it. She is clearly the more talented of the duo, but even then the actress can’t take full credit for her wonderful singing, as Swedish singer Molly Sandén provided her fantastic singing voice. And as for her comedy, she easily stands toe-to-toe with Ferrell, but the film never gives her much agency or motivation besides “this is what Lars wants, so I must want it too.”

As for the other actors, they are vastly underused. Demi Lovato has a fantastic cameo, but shows up in strange moments that add nothing to the story, while Natasia Demetriou gets a criminally short role in the film. That being said, the film’s highlight is undoubtedly Dan Stevens as the campy and rakish Russian contestant, Lemtov. He steals every scene he’s in, bringing a grander-than-life theatricality that the film lacks, as well as most of its laughs. Plus his Eurovision performance manages to be equal parts enthralling and ridiculously cheesy.

Thankfully, The Story of Fire Saga really comes to life when it enters the Eurovision stage. The film finally finds its footing when it stops focusing on the romance and instead shows just why an entire continent is so enamored with a show that features outlandish stanging, nonsensical lyrics, and a cavalcade of diverse and zany contestants. There are plenty of nods and references for Eurovision fans, like the hamster wheel from Ukraine’s 2014 entry song, or a cameo by Portugal’s Salvador Sobral’s playing his winning song from 2017, “Amar pelos dois,” and one of the best sequences in The Story of Fire Saga involves a singalong filled with Eurovision winners past like Sweden’s Loreen, Austria’s Conchita Wurst, Norway’s Alexander Ryback and Israel’s Netta where they sing a medley of hits — though why they don’t sing actual Eurovision songs is a mystery.

If there is one thing The Story of Fire Saga does well, is providing infectious Euro-pop bangers that both poke fun at the real Eurovision, while being fantastic homages to real Eurovision contenders, like the heavy metal banger “Hard Rock Hallelujah” by demonic-makeup-wearing band Lordi, which won in 2006, or Lemtov’s operatic homage to the irresistibly nutty dubstep vampire soprano Cezar. The other original songs, like Fire Saga’s “Volcano Man,” the Euro-pop “Double Trouble” and the heartfelt ballad “My Hometown” manage to be not parodies of Eurovision, but genuinely good, catchy, and delightfully weird songs that you could see performed at the real contest. Whenever the film shows the inner workings of the song contest, it makes you wish the movie was more This Is Spinal Tap and less Tallageda Nights.

Ultimately, Eurovision Song Contest: The Story of Fire Saga is best when it focuses on the first part of its title rather than the second when it reminds the audience of the wonderfully weird and endearing song contest. If only the filmmakers had realized that the best Eurovision parody was already made… by Eurovision itself in 2016.

Netflix Bets On Dead With Army Of The Dead Official Trailer

One thought on “Eurovision Song Contest: The Story of Fire Saga Review: A Movie That’s Best When It Reminds Us Of How Weird, Campy And Heartfelt The Real Eurovision Is”