Skip to content
You are here
Home > About > Desperados Review: It’s Just Another Bad Netflix Comedy 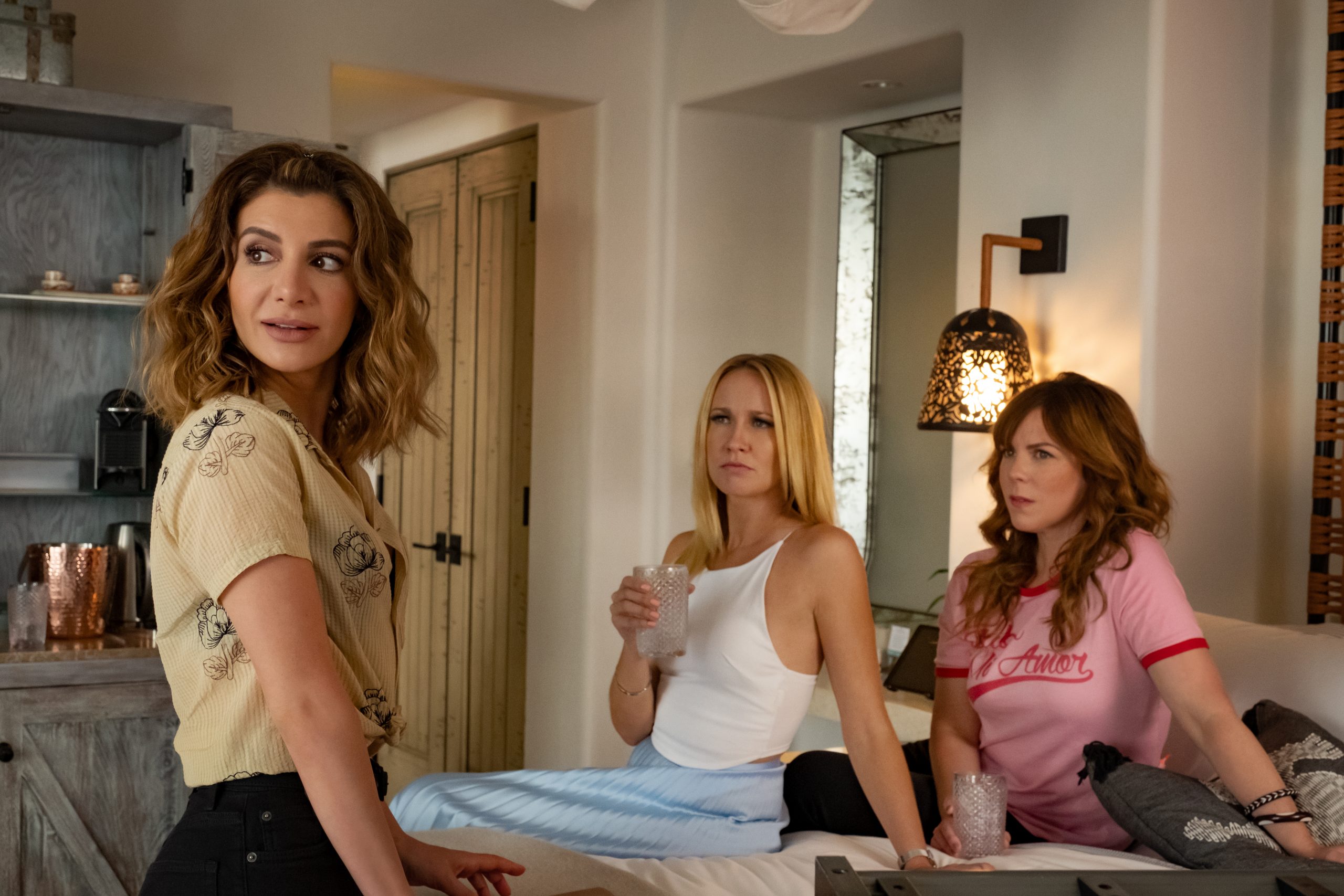 “Why are Netflix comedies so bad?” Is a question, I’m sure, many have posed. Unfortunately, that streak continues with Desperados, a comedy that’s far from humorous. With a dragged out gag about pedophilia and a character getting hit in the face by a dolphin’s erect penis, it tries to save itself with its messaging but ends up treading water just like its protagonist.

Inspired by writer Ellen Rapoport’s personal experience (hopefully sans dolphin dick), Desperados, directed by LP, opens with Wesley (Nasim Pedrad) during one of her many bad job interviews. She’s a relatable character who, like many of us, isn’t where she thought she’d be in life by now. She can’t get a job and can’t get a date, while she watches everyone else around her get married and start a family. Then she meets the man of her dreams, Jared (Robbie Amell), and her life feels like it’s on the perfect course….until he goes MIA. Wesley automatically assumes she’s been ghosted, so she does what any sane person would do and sends him a lengthy, scathing email. But Desperados is a classic narrative centered on miscommunication/misunderstanding, and Wesley has to fix her mess before it’s too late. Finding out Jared is in Mexico, she flies down with her best friends, Brooke (Anna Camp) and Kaylie (Sarah Burns), for two days by the pool mixed in with some burglary to get his laptop and delete the email.

Desperados is a romantic comedy with all the familiar trappings and uses a popular narrative we’ve seen many times before. As mentioned, it’s another Netflix Original comedy lacking in its key department, to the point where the comedy is downright awful, but the Mexico backdrop and chemistry between the lead trio, Pedrad, Camp, and Burns at least make it somewhat enjoyable. (The same can’t be said for the chemistry between Pedrad and Amell. Their scenes together are cringe-inducing.) And then Wesley runs into Sean (Lamorne Morris), a guy who bailed on their date after a few minutes. Morris saves the film in a way with his natural comedic energy, and he and Pedrad play so well off each other that for the entire film you’re wishing she would just dump Jared for Sean. The end. But, sadly, the film couldn’t be as short as Sean and Wesley’s date. On the other hand, if the film did end as early as desired, we wouldn’t have received the welcome appearance of Heather Graham as a hot, “Goop wannabe,” hippie healer.

Desperados doesn’t exemplify what we first think of when we see the word: an outlaw of the Wild West with spurs, gun holster at their side, and a cowboy hat. But each character is at some point of desperation: desperate for love; desperate to move on from loss; desperate for a child; desperate to make a broken marriage work. The film takes each character on a journey of self-discovery and realization. While Wesley turns unlikable at one point, seeing no importance in friends and only in love, the ending is rockier than it could have been, struggling to stay afloat like the rest of it; however, it delivers those overused but hard-hitting “learn to love yourself” and “good things come to those who wait” messages which are something we all need reminders of from time to time.