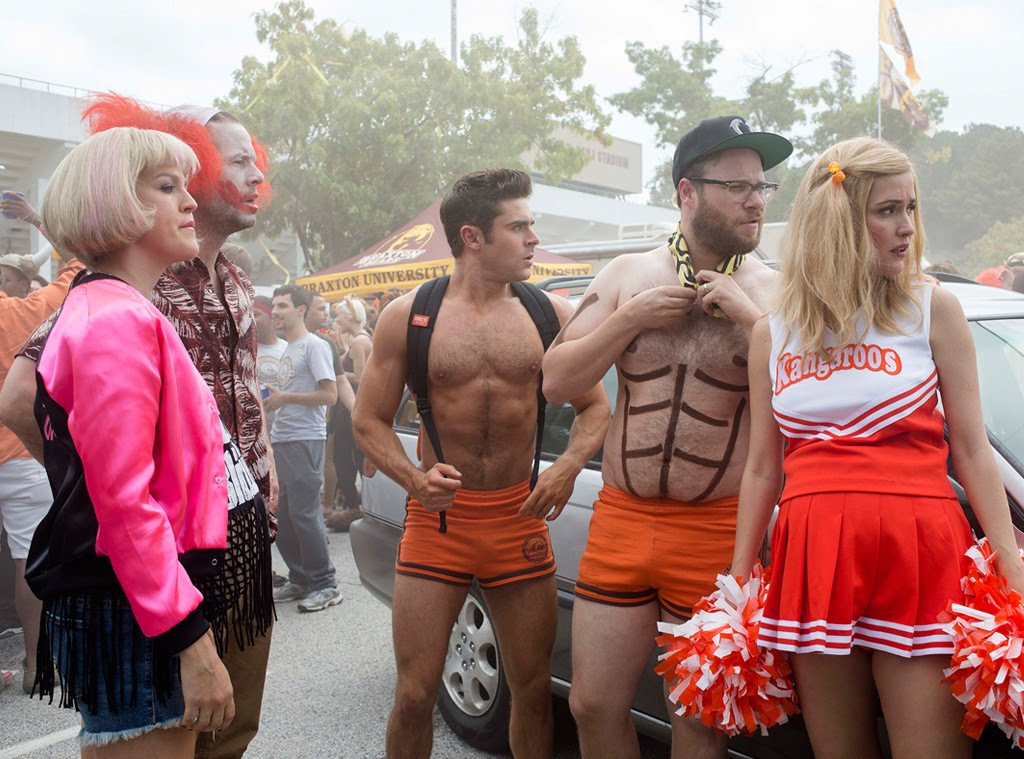 Neighbors 2 is the sequel to the 2014 hit featuring Zac Efron and Seth Rogen. They both reprise their roles as Teddy and Mac in this film but they now have new neighbors to start war with, college sorority Kappa Nu. The film takes place a few years after the first one in which we find Mac and Kelly (Rose Byrne) looking to the sell their first house. They find a couple to buy the house however, they did not realize escrow meant they have 30 days in which the buyers can show up unannounced at any time and back out of their offer if anything out of the ordinary happens.

Imagine their concern when the new sorority Kappa Nu shows up bigger and even worse than the previous fraternity we met in the first film. Kappa Nu is lead by their fierce leader Shelby (Chloë Grace Moretz) and proves to be a lot smarter than Teddy was with the fraternity which gives Mac and Kelly more trouble the second time round. For me the women were funny but the movie did not take the time to develop these characters as they did in the first film with the fraternity.

I was shocked and pleased with how socially aware this movie was. During the 92 minute film this movie addressed sexism, racism, police brutality, and same sex marriage. I found the social awareness satisfying and funny without ruffling too many feathers. If only more studios could find a way to include current issues with their films.

Overall, you will still have many laughs during this film but it did not live up to the first movie in my opinion. However, if you are looking for a good laugh this weekend while remaining socially aware Neighbors 2 is the movie to see!

Are you looking forward to seeing Neighbors 2 this weekend?