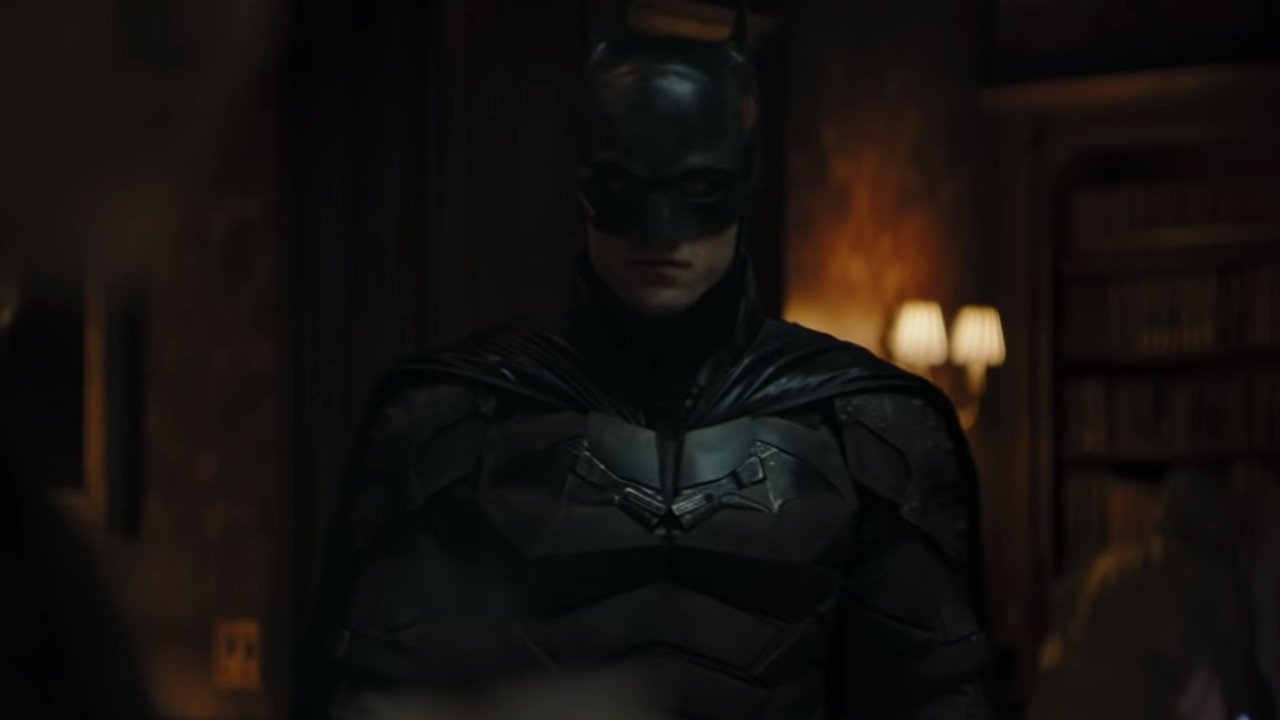 Ten years after the last solo iteration of the character, Matt Reeves’ The Batman arrives in theaters with a legacy to uphold. As one of the most iconic comic book characters in our culture, every installment comes with pressure from fans and critics alike to exceed expectations and live up to the legendary status of the character while treading new ground in the comic book genre. With a fresh perspective in Matt Reeves, who from the start announced he was setting out to create a more grounded, detective-like interpretation that infuses the style of masters like Fincher and Hitchock with the comic-book genre, the film has been highly anticipated with much promise to behold.

Starring a reserved Robert Pattinson underneath the cowl as billionaire Bruce Wayne, the film’s sprawling narrative primarily centers around the emerging presence of The Riddler (Paul Dano). A mysterious masked serial killer, through his repeated acts of violence, threatens to expose the deepest, darkest secrets of those in power in Gotham City and destroy the fabric of the corrupt society upheld by the upper classes in the area. Collaborating with Jim Gordon (Jeffery Wright) and aided in part by Selina Kyle (Zoe Kravitz), Bruce sets off on a dark odyssey through the criminal underworld in hopes of stopping the Riddler before it’s too late.

As a film with an ambitious narrative and expansive scope, The Batman thrives due to Matt Reeves’ masterful direction that firmly cements the film as perhaps the best-crafted comic-book film we’ve ever seen. Every department fires on all cylinders, creating a cinematic symphony with Reeves as the conductor. Greg Fraiser’s cinematographic eye shines with striking shot composition and an arresting use of color and light, framing action sequences in a memorable fashion that sears key images into one’s mind.

Despite its three-hour runtime, William Hoy and Tyler Nelson’s Editing shapes the film into a pensive yet always-moving piece that makes the most of every scene. Other technical elements such as the sound design, score, visual effects, and even the layers of makeup that morph Colin Farrel’s complexion serve to elevate Reeves’ stunning vision of darkness and fury. Along with last year’s Dune, from a technical point of view, the result here bodes well for the future of big-budget blockbuster filmmaking that transcends the artistic limitations often placed on films of its size to appeal to the widest masses.

Narratively, the engrossing mystery at its core is slightly dampened by its lopsided structure, with sporadic lulls in pacing culminating in a climactic confrontation that lacks the spark and narrative momentum seen in the film’s brightest moments. With a thematically muddled finale that seems at odds with what was presented as the film’s core thesis, another pass at this section of the screenplay could have elevated it even higher than it already stands. Nonetheless, these minor issues pale in comparison to the narrative and technical strengths of the film overall.

A welcome return for an iconic character, The Batman is a technical achievement that stands tall among the best comic book films of all time. Transcending the limitations of the genre to become an engrossing crime thriller for the ages, Matt Reeves’ vision shines to cement his new iteration of the character as the strongest one yet, and one that bodes well for the future of blockbuster filmmaking as a whole

New York City: Win Tickets to the World Premiere of The Many Saints of Newark