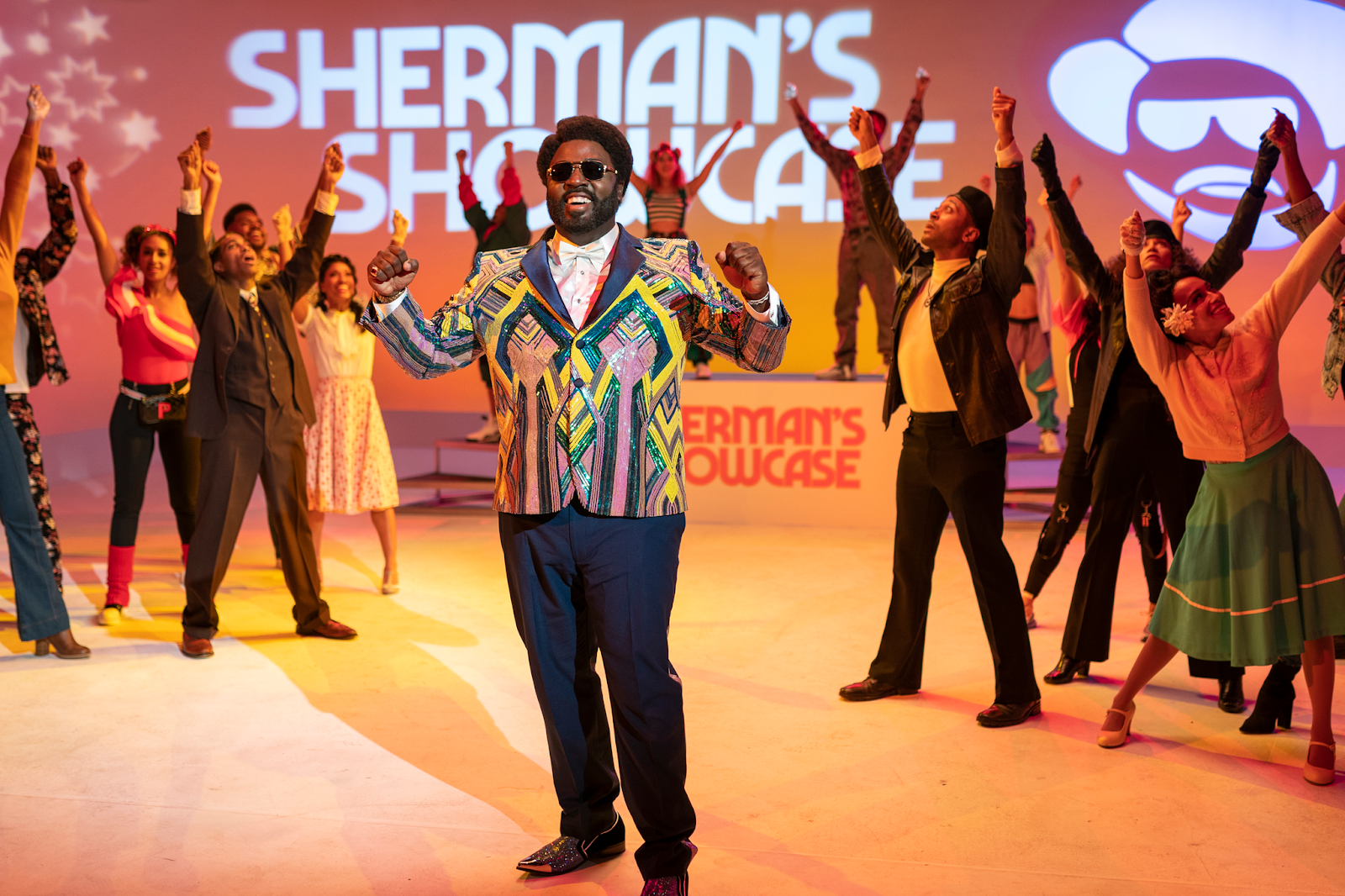 The Critics’ Choice Award-nominated Sherman’s Showcase will return this Friday, June 19 – Juneteenth – with a one-hour “Black History Month Spectacular” on both networks, premiering at 10 PM ET/PT on AMC, followed by an 11 PM ET/PT premiere on IFC.

Created by and starring Bashir Salahuddin (Top Gun: Maverick, South Side) and Diallo Riddle (Marlon, South Side), and executive produced by Get Lifted Film Co. and RadicalMedia, the witty, irreverent and wholly original Sherman’s Showcase “Black History Month Spectacular” will feature more of the sketches, A-list guest stars, and original award-winning songs that, all together, earned the series a 100% Certified Fresh rating on Rotten Tomatoes and inclusion on numerous ‘Best of 2019’ lists.

“Sherman’s Showcase host Sherman McDaniels has dreamed of doing a Black History Month episode for decades,” said creators and stars Salahuddin and Riddle. “Thanks to IFC and AMC, he’s finally got the chance. Granted, Black History Month was in February. But Sherman said ‘No, trust me, let’s hold off until the world undergoes some fundamental change that forces everyone to stay at home and watch the Showcase.’ And Sherman got his wish. He’d also like to ask Tiger King’s Carole Baskin to stop using his signature phrase ‘cats and kittens,’ which he’s been using on the Showcase since 1973.”

Sherman’s Showcase Season 1 is currently available to watch on Hulu, iTunes, Google Play, Amazon and XBOX. Full-length versions of the songs from the series are available via digital release and vinyl from Mad Decent, the Los Angeles-based record label founded by Thomas Wesley Pentz, better known as Diplo.