Skip to content
You are here
Home > Movie Reviews > Shirley Review: Elisabeth Moss Fights for Her Spot at the Oscars in a Spellbinding Tribute to Shirley Jackson 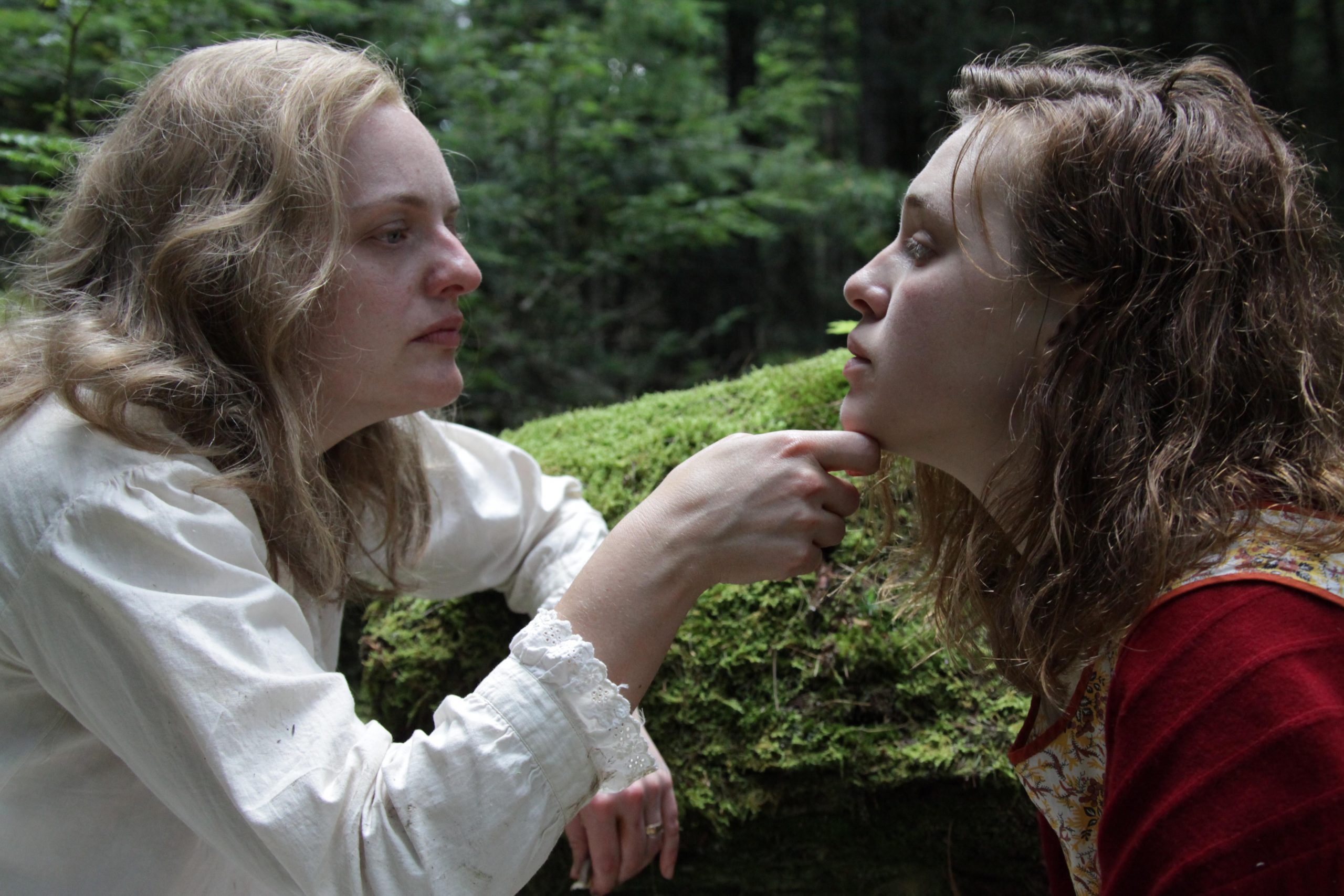 We Have Always Lived in the Castle, The Haunting of Hill House, and an upcoming adaptation of The Lottery. Over the past few years, Shirley Jackson’s work has been highlighted on film and in an acclaimed Netflix series. The legendary and influential novelist known for her works in the horror and mystery genres now gets her due in an adaptation of her life – well, sort of. Shirley, based on the novel of the same name by Susan Scarf Merrell, is a tribute to the writer. Set somewhere between fact and fiction, Merrell weaves in events of Jackson’s own life while incorporating fictional characters that help to emphasize the same theme that director Josephine Decker explores in her last film, Madeline’s Madeline: how the passion for one’s art infects the mind. The words said by one character in the film have been used in almost every review to describe Shirley, but this descent into madness by a young woman and her mentor is truly “thrillingly horrible”.

Shirley takes place primarily at the home the writer (played by Elisabeth Moss) shares with her husband, literary critic Stanley Edgar Hyman (Michael Stuhlbarg). She’s working on her 1951 novel, “Hangsaman,” based on the unresolved 1946 disappearance of an 18-year-old college student, Paula Welden, in Bennington, Vermont, where Shirley and Stanley themselves live. While the couple would have been living with their children at this time, they’re absent in the film. Instead, replaced by a fictional newlywed couple, Fred (Logan Lerman) and Rose (Odessa Young). They have been invited to stay with the Hymans as Fred is helping Stanley teach a course at university for the semester. Rose, on the other hand, is tasked with keeping Shirley company and helping out around the house as Shirley’s “bouts” prevent her from getting out of bed most days, let alone do housework.

There are three interesting dynamics presented in the film: Stanley and Shirley, Shirley and Rose, and the two couples with each other. For the latter, these are both couples very much in love but at different points in their lives. Fred and Rose are, as has been pointed out, newlyweds and also expecting their first child. They’re still in the honeymoon phase in terms of intimacy, whereas Stanley and Shirley are rarely seen being intimate with each other. However, as the film progresses, Fred and Rose’s dynamic begins to morph into that of the other. Shirley and Stanley’s marriage plays out like a scene from Who’s Afraid of Virginia Woolf? And Stanley says their life is like “a Scottish play” because they’re people on the verge of madness. Shirley’s mental health issues, anxieties about leaving her house, fits the image of a tortured writer that’s been depicted on film before with the likes of Woolf and Emily Dickinson. It’s clear in moments that there’s love between Stanley and Shirley, but it’s hard not to grow to hate Stanley as he has the air of a selfish husband who sees Shirley’s problems as a hindrance to his own work. He shows a lack of faith in her ability to write, and he’s overbearing and unsympathetic. The film, through Stanley, talks of the importance of originality, but Merrell and screenwriter, Sarah Gubbins, illustrates how this wasn’t accepted in Shirley’s case as the voice of her time was that of the patriarchy and not one of the complicated feminines.

The relationship at the heart of the film, however, is the one that forms between Shirley and Rose. Rose, at first, hates Shirley, calling her a “fucking monster” because of her incredibly off-putting matter of fact-ness. But the pair eventually grow close as Rose helps Shirley with her novel, gathering information into Paula Welden’s disappearance. There’s a co-dependency in this collaboration that slowly turns twisted. There are going to be many interpretations of how their relationship develops in the film, but it seems that the dark thoughts in Shirley’s mind, that she says people fear, begin to infect Rose as she becomes consumed by Shirley’s novel. It isn’t the spiraling psyche of one person but two. Rose also begins to turn into the subject of Shirley’s novel as she frequently begins to wear red, the color of the coat Paula was last seen wearing. Rose and Shirley’s relationship is erotic and exhilarating – particularly a scene involving the ingestion of a questionably poisonous mushroom. It’s difficult to discern whether or not Rose really begins to incorporate this persona or if it’s a manifestation of Shirley’s as it’s often uncertain where reality stops and starts when it comes to the narrative. The film concentrates so impressively with what goes on in Shirley’s mind, her thoughts as she writes, the dark images she conjures; has an author ever been explored so fully?

Many believed that Elisabeth Moss deserved an Oscar nomination for her turn as a fictional rock star, Becky Something, in 2018’s Her Smell. An opportunity, unfortunately, not afforded but Shirley feels like a film Oscar voters would eat right up and a performance that won’t fall off their radar this time. She’s absolutely spectacular in the role. She looks so exhausted and that exhaustion seeps through the screen. The weight of the role is felt, and the disconnect of the character as well. It oftentimes feels we are watching a ghost carrying on with her life as if she doesn’t know she’s dead. It’s so compelling. Young has to take on this heaviness herself, too, for which she excels. After watching Lerman in Amazon’s Hunters, his performance here feels very lull, but it’s not a role with much meat on the bone. Stuhlbarg, on the other hand, is so fun to watch. He plays a character the audience feels so guilty for liking as he begins to dance and sing with a Southern twang, but that’s just the Stuhlbarg charm.

Drawing inspiration from Jackson’s own stories and plot devices, Shirley results in an enthralling work. Not only for its plot or performances but also on a technical level. The film is enveloped in a kind of paranormal energy as though the Hyman house inhabits more than just four. With whispers coming from somewhere unseen, to the floors creaking at all hours, it feels haunted (of course, you could argue that it is). The score by Tamar-kali also lends to this atmosphere. It’s sporadic, its sharp strings feeling like they’re being chosen at random as it plays lightly in the middle of scenes and dialogue; a musical interpretation of Shirley’s mind. The same could be said for the production design by Sue Chan. The film is primarily set at the Hyman home, and its design reflects the chaos in their relationship with its worn paint looking like Shirley’s cracking psyche. There are books littered all over the place, and it’s filthy. It doesn’t feel like a home, but the audience is sucked into the film’s surroundings and the characters themselves by cinematographer Sturla Brandth Grøvlen’s use of hand-held cameras that zoom in almost uncomfortably into a character’s space. It’s mesmeric.

Shirley says she’s a witch, and it would come as no surprise, as Decker’s latest has you bound by some sort of spell from its very first moments.

Mank Review: A Gorgeous Movie About Legacy And Failure That’s Devoid Of Emotion