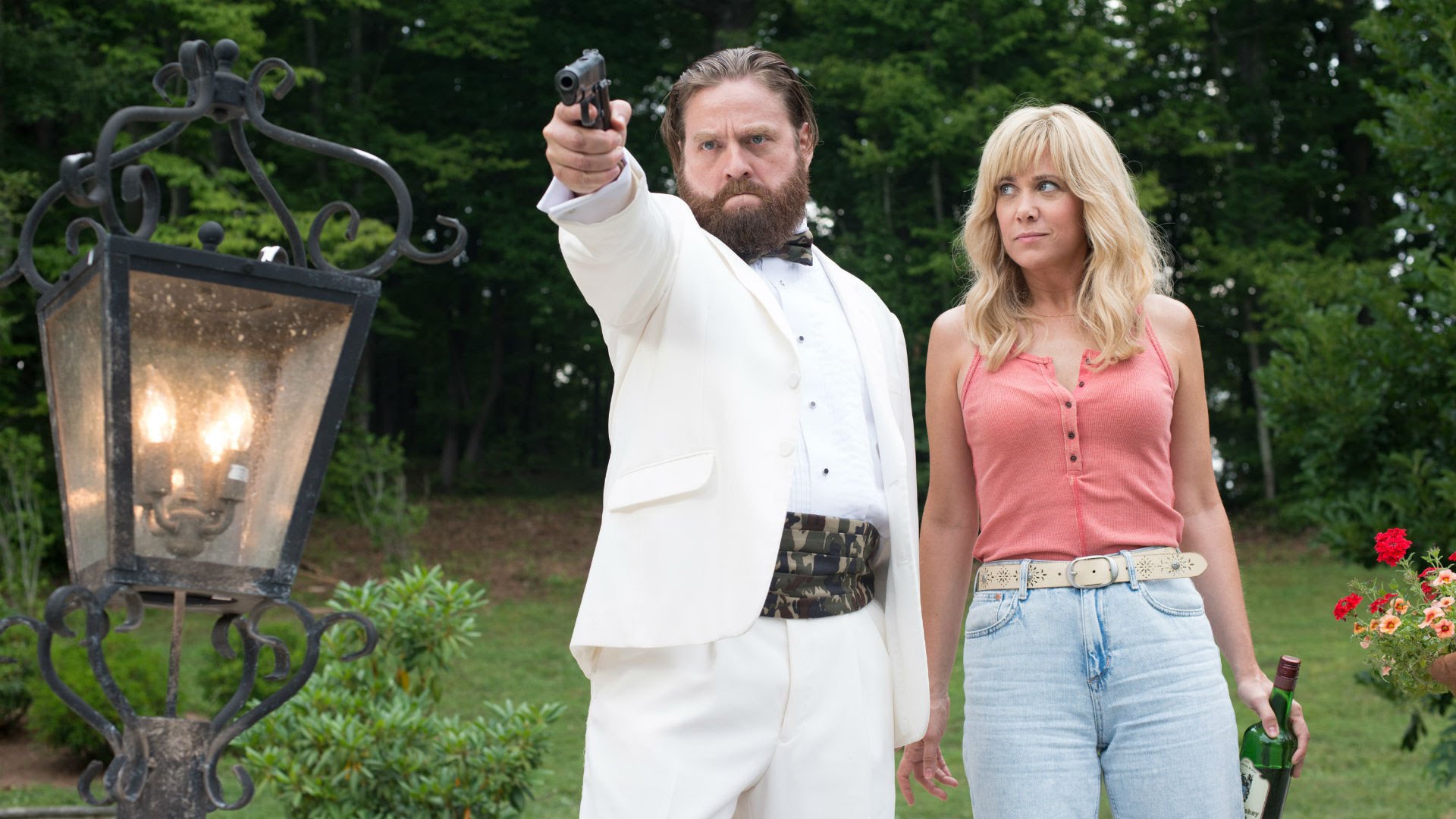 Masterminds is not only a comedy but is loosely based on the true story of David Ghantt, who robbed Loomis Fargo of $17 million dollars in 1997. David Ghantt (Zach Galifianakis) was a just a normal working man with a job at Loomis Fargo, an armored service company. He was a model employee and was well trusted in his company, which would work to his advantage later. He was engaged to wed his fiancé Jandice (Kate McKinnon) and seemed to have everything going well for himself. I would like to take this time to make a plea to Hollywood to give Kate McKinnon more screen time in her films. This woman is absolutely hilarious in whichever role she plays and she steals every scene she is in. Unfortunately, like most of her movies she does not have much screen time and in this film, it is very unfortunate.

David is set to train a new hire by the name of Kelly (Kristen Wiig) who he is head over heels for. It is Kelly who convinces him to participate in the robbery with the promise of running off to Mexico afterward. Kristen Wiig has a few and I mean few funny moments in this film but mainly reserves accepting the task of being the eye candy. Kelly introduces David to her friend Steve (Owen Wilson) who originally came up with the plan and from then on they carry out one of the largest cash-robberies on U.S. soil. I do not want to give any other plot lines of the movie away, but I must mention Jason Sudeikis is hilarious in this film as Mike McKinney, a friend of Steve, who is tasked with using his special skills to take care of a personal matter. Though some parts of the movie have been exaggerated for the big screen it makes you wonder why anyone would think this robbery would be a good idea.

I was not a fan of this movie at all which is a shame since this film had promise. Sure it did have its funny moments but not enough to justify having a cast full of famous comedians. If you love dumb movies about nothing then you will enjoy this film. If you expect comedy films to have some sort of substance and actual funny actors then you will not want to spend your money on this film. I would definitely have to say WAIT to see this film in theaters. This is better suited for a night in which you want to stay home and have a few drinks which will make this film funny.

Have you seen Masterminds? Comment below your thoughts on the movie.

One thought on “Masterminds Movie Review”