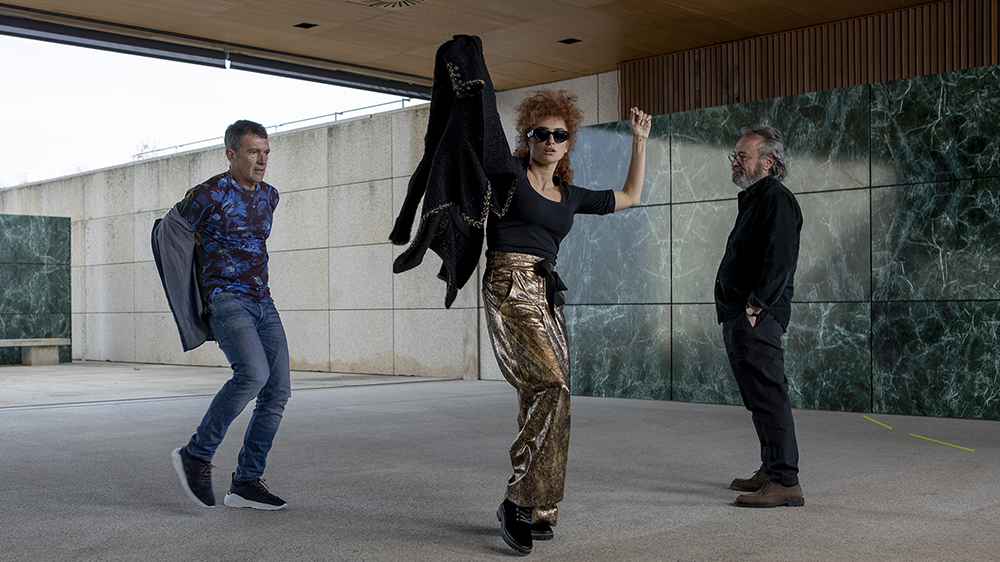 “How do people see me?” is a question pondered by Humberto (José Luis Gómez) on his 80th birthday. A leader in the pharmaceutical industry, he begins to reflect on his legacy. Wanting to be remembered for something that will have a lasting impact is a desire for many. That can be unachievable, but with Humberto’s wealth, the possibilities are endless. One way to create an everlasting legacy is through film. Humberto realizes this and decides to finance the next big-screen experience, the starting point for Official Competition’s showbiz satire. One of the best films at this year’s TIFF, its meta storytelling lampoons the world it lives in with absurdist comedy and a powerhouse ensemble.

Directors Mariano Cohn and Gastón Duprat, with co-writer Andrés Duprat, introduce a man who doesn’t care about cinema or appreciate the craft. Humberto just wants to put his name on the work and make money. The film is to be an adaptation of a book named “Rivalry” (that he hasn’t read) about a broken relationship between two brothers. He wants the greatest director and most famous stars on board, with the goal of creating, by his definition, a great film. The trio includes Lola (Penélope Cruz), an eccentric, perfectionist director with a poodle of red hair on her head; the prestigious Iván (Oscar Martínez), an acting teacher and master at his craft; and Félix (Antonio Banderas), a charismatic worldwide star. They prove to be a hot-headed bunch, bringing this production to the brink of disaster.

Each character has their different quirks, and it’s fascinating to watch their process in approaching their craft. We go through the pre-production process with them, with readings of the script by Lola and her specific directions, and the actors’ suggestions that never pass. Lola’s stubbornness and Iván and Félix’s constant insults pertaining to their talents create a lot of friction and a big test of the ego. We learn what success means to each individual, and the film may be in jeopardy due to the games they play.

Banderas and Cruz have never shared the screen together for this length before, and you can’t imagine why we have been deprived of that magic for so long. They’re electric, funny, and they play off each other so well. As Lola, Cruz is the consummate storyteller. We remain transfixed by her intensity and magnetism as she breaks the fourth wall. It’s amusing to see the male leads basically parodying themselves in their roles, as well. They’re the perfect pair, Banderas’s playboy creating an interesting contrast to Martínez’s Lee Strasberg-type. Their collaboration, or lack thereof, demonstrates the difference between star power and talent. Another stand-out is the sound work. There are some great tricks here that you can really appreciate if you watch the film with headphones – like a scene where Lola covers one ear, the other, and then both, with your headphones copying that same pattern. And if you ever wanted to hear people making out through dozens of microphones, well, you’re in luck!

Official Competition is a masterful work that criticizes the kind of film it ends up becoming. Iván speaks of Hollywood’s tendency to turn art into spectacle and competition, like a sports event. Lola’s intense passion for her vision turns the production into a spectacle, while it’s built around the competition between her two actors. It both makes the audience rethink an entire industry, but also how we think of movies themselves. What is a great film? Are Citizen Kane or The Godfather really masterpieces? Or have we been pigeonholed by the wider audience’s (or Film Twitter’s) entrenched tastes, affecting our own?

The Banker Movie Review: A Timely Yet Necessary Film