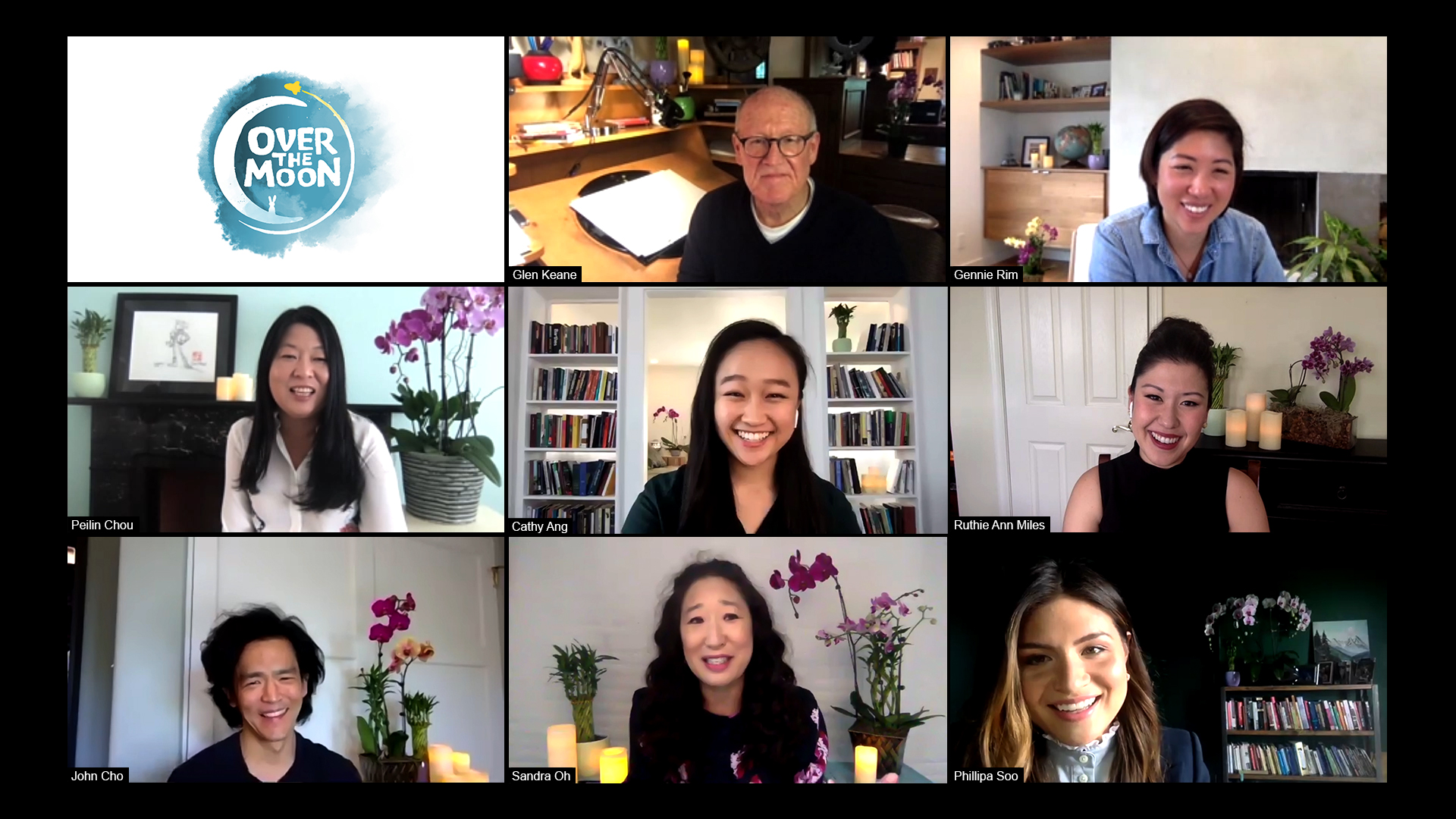 During a behind the scenes Zoom event for Over the Moon, Sandra Oh discussed what it was like being apart of a film with a predominately Asian cast. “What I’d like to point out right now is that this Zoom screen and what everyone is seeing right now is predominantly all Asian faces. And that’s what’s exciting to me. And the conversation and for me to be able to reach out and
even talk to other actors that were all actually in a film together, which I would say, definitely for me and maybe John, we’ve only been the only ones everywhere we go. And this is now becoming a new experience. And also, the experience that the roles that we are taking on and the roles that are offered, the stories that are offered are actually very culturally specific, which is something that I also think that in the Asian community we really need to expand and also take on and embrace. So that’s what I feel is significant, not only in the film, but also in this moment and whoever. We can’t really see who we’re talking to, but that we’re talking to you this way.”

John Cho also spoke about the importance of Over the Moon being rooted in Asian culture. “Well, one thing I’ll note about this particular film and what attracted me to it is obviously I’m always going to be interested in something that is rooted in Asian culture. But it’s hard to find things that don’t represent Asian culture, especially family dynamics, as something that’s not oppressive or is attached to shame or all filial piety or doing things that you don’t want to do. This story is about an Asian family that is rooted in love. And that to me that’s what differentiates it. That’s what gives it its heart. And I love that about this film.”

Over the Moon Movie Synopsis:

Fueled with determination and a passion for science, a bright young girl builds a rocket ship to the moon to prove the existence of a legendary Moon Goddess. There she ends up on an unexpected quest and discovers a whimsical land of
fantastical creatures. Directed by animation legend Glen Keane, and produced by Gennie Rim and Peilin Chou, Over the Moon is an exhilarating musical adventure about moving forward, embracing the unexpected, and the power of imagination.

Watch the Over the Moon Trailer:

Over the Moon will debut on Netflix this fall. Be sure to watch the Over the Moon official trailer and share your thoughts on it in the comment section below!