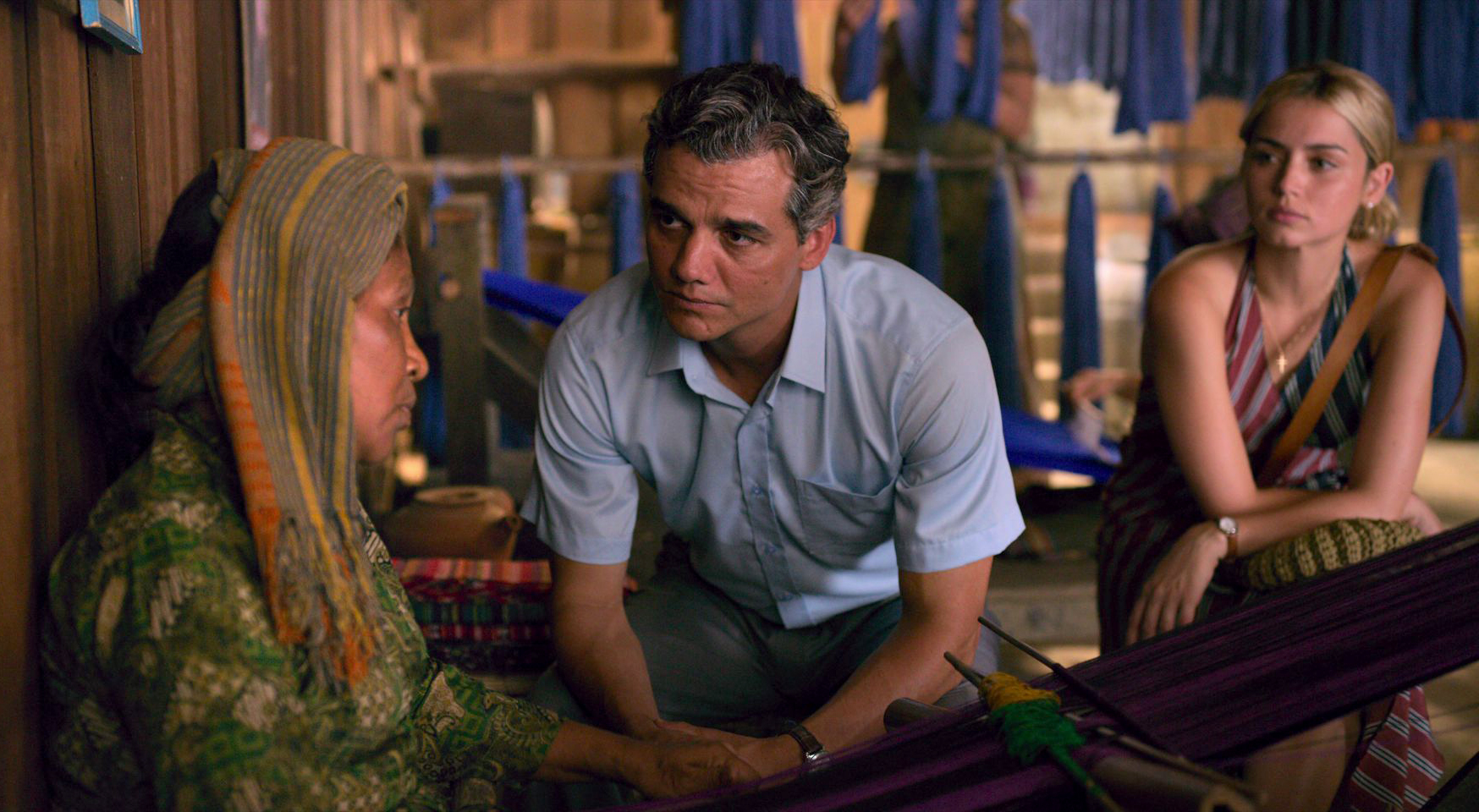 They really should have stopped making biopics after Walk Hard: The Dewey Cox Story, the 2007 satirical music biopic, pulled back the curtain to reveal and make fun of all the tropes and clichés of the biopic movie. Netflix’s newest movie, Sergio, tries to get ahead of the tropes by playing around with its narrative, but ends up giving us all the clichés either way, only in a needlessly complicated and confusing matter.

Like Walk Hard, Sergio begins at its end, with the aftermath of a terror attack at U.N. headquarters in Baghdad in 2003 at the hands of Abu Musab al-Zarqawi, which claimed 22 lives. We see U.N. diplomat Sérgio Vieira de Mello (Wagner Moura) and his close associate Gil Loescher (Brían Francis O’Byrne) critically injured and trapped under the rubble from the blast. From then on, the film starts moving back and forth in time as Craig Borten’s frustrating script imagines de Mello reliving critical moments in his life — though it’s not made clear why these moments made such a strong impact on the man.

Director Greg Barker, who had already covered the story of Sérgio in the 2009 documentary of the same title, first takes us back to see how Sérgio found himself working in Iraq after the initial 2003 invasion to set up legal elections and reassure the people that democracy would return to the country. This first act of the movie sets up a powerful political drama that sees Sérgio come to face with the many human rights violations committed by the United States, and begins clashing with U.S. Envoy Paul Bremer (Bradley Whitford). The two men quickly start arguing about the best way to deal with the occupation, with Sérgio offering more idealist solutions, and it is here that the film starts showing us the kind of diplomatic superhero Sérgio was, able to offer sensible solutions and argue with anyone. Sadly, we don’t get to spend much time here, as the film pretty much jumps ahead to the bombing, and then abandons all dramatic tension in favor of a love story that is never really justified.

If you are familiar with the story of Sérgio and his role in Cambodia, East Timor, or Mozambique, the Netflix movie offers little in terms of new information or insight into the mind of the diplomat. If you don’t really know much about him, then the film doesn’t really tell you much about why you should care about his story, and it does a poor job guiding you through it. It is one thing to try and not make the film’s narrative linear, but another is to introduce as many timelines as The Witcher without even giving the audience a “Toss A Coin To Your Witcher” as a reward for sitting through the endless back-and-forth between flashbacks and flashforwards. In an effort to make the narrative film feel different than the documentary, Sergio winds up focusing more on its clever tricks than in its story.

While the first act is spent almost entirely in Iraq, the second act stays with the true focus of the story: the love affair between de Mello and Carolina Larriera (Ana de Armas, the film’s saving grace), an Argentinian U.N. economic advisor Sérgio meets while on assignment in East Timor three years before going to Iraq. De Armas manages to imbue Carolina with enough charm and intelligence to almost justify her incredibly big role in a movie that’s supposed to be about a U.N. diplomat who was considered a likely candidate for Secretary-General.

Indeed, much like in his documentary, Greg Barker puts a big emphasis on this love story, jumping back and forth in time to show pivotal moments in their courtship. We see the time they met, and that time they go to a market, and that time they have sex in a bafflingly long scene that Fernando Velázquez decided to score like with a crescendo that feels like taken straight out of a  high-stakes political drama. There is no doubt Sérgio’s relationship with Larriera was important to him, as the Netflix film even takes the time to inform its viewers that she was granted her civil union to de Mello by the Brazilian government, but it all feels like a distraction. We certainly get a bigger focus on the romance than on the political drama from the start of the film, or the interesting character exploration of the man that would work with war criminals and terrorists if it could help him achieve his goals, or even the very, very briefly personal exploration of a man too busy with work to remember the deadly allergies of his sons.

By the time the mandatory extra information comes before the closing credits, you may be forgiven for not really knowing what exactly what Sérgio was about, or what made this titular character such a beloved figure. Though it features a great cast doing their best to breathe life into a criminally robotic script, Sérgio is ultimately a messy and forgettable biopic that gets sidetracked by a romance plot that leads nowhere and is far less interesting than its initial premise.