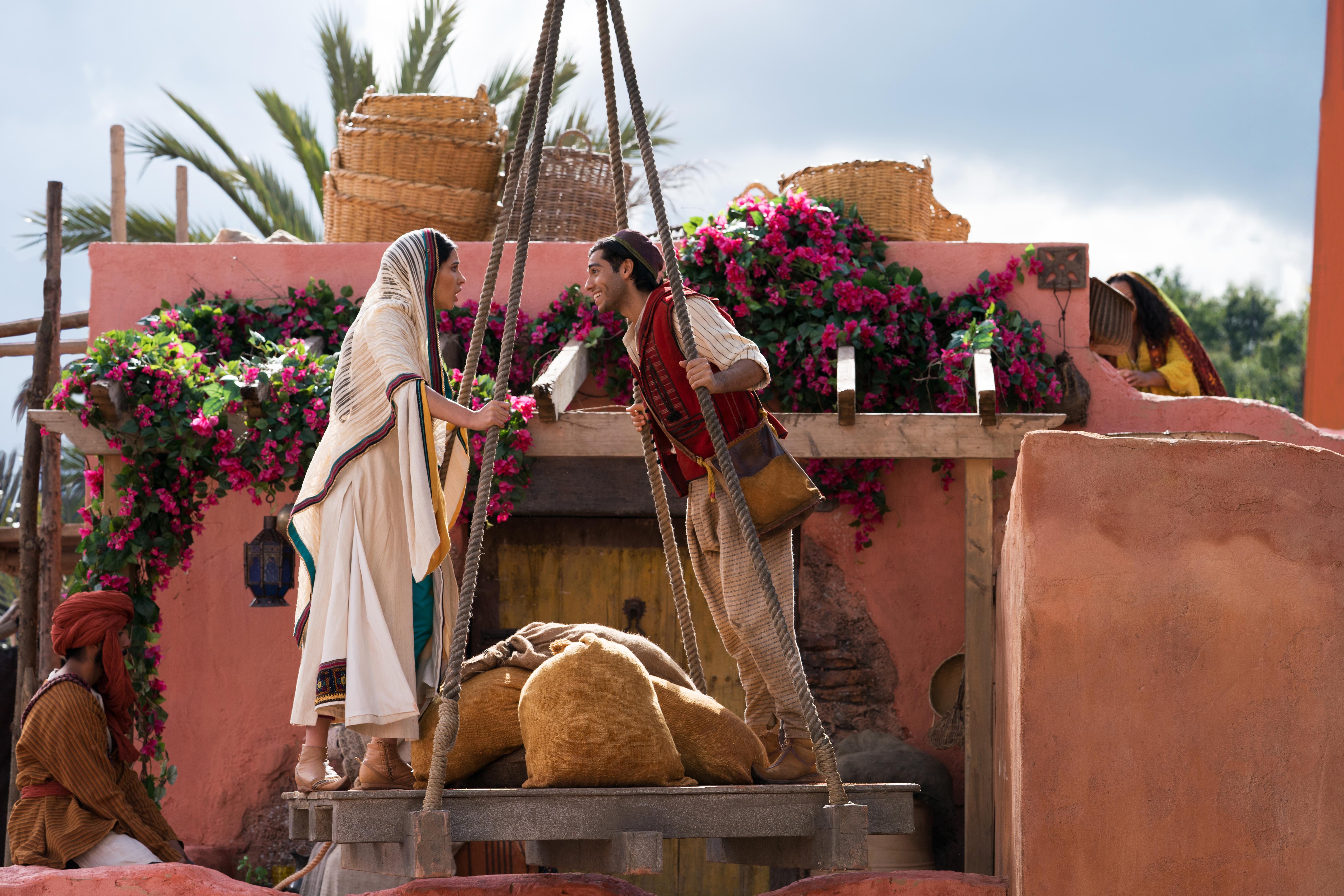 Disney has finally given us a full trailer to their new live action Aladdin movie. From the trailer that debuted today, we are finally given snippets from songs, A Whole New World and A Friend Like Me. I was literally given all the feels as I saw Aladdin and Jasmine glide away on the magic carpet. I am excited that we finally get a chance to hear some of our favorite childhood tunes and also see how the actors put a twist on some of the film’s classic songs. Be sure to check out the new official trailer and  my live trailer reaction below!

A thrilling and vibrant live-action adaptation of Disney’s animated classic, “Aladdin” is the exciting tale of the charming street rat Aladdin, the courageous and self-determined Princess Jasmine and the Genie who may be the key to their future. Directed by Guy Ritchie, who brings his singular flair for fast-paced, visceral action to the fictitious port city of Agrabah, “Aladdin” is written by John August and Ritchie based on Disney’s “Aladdin.” The film stars Will Smith as the Genie; Mena Massoud as Aladdin; Naomi Scott as Jasmine; Marwan Kenzari as Jafar; Navid Negahban as the Sultan; Nasim Pedrad as Dalia and Billy Magnussen as Prince Anders.

Disney’s Aladdin hits theaters on May 24, 2019. Be sure to share your thoughts on the trailer in the comment section below!