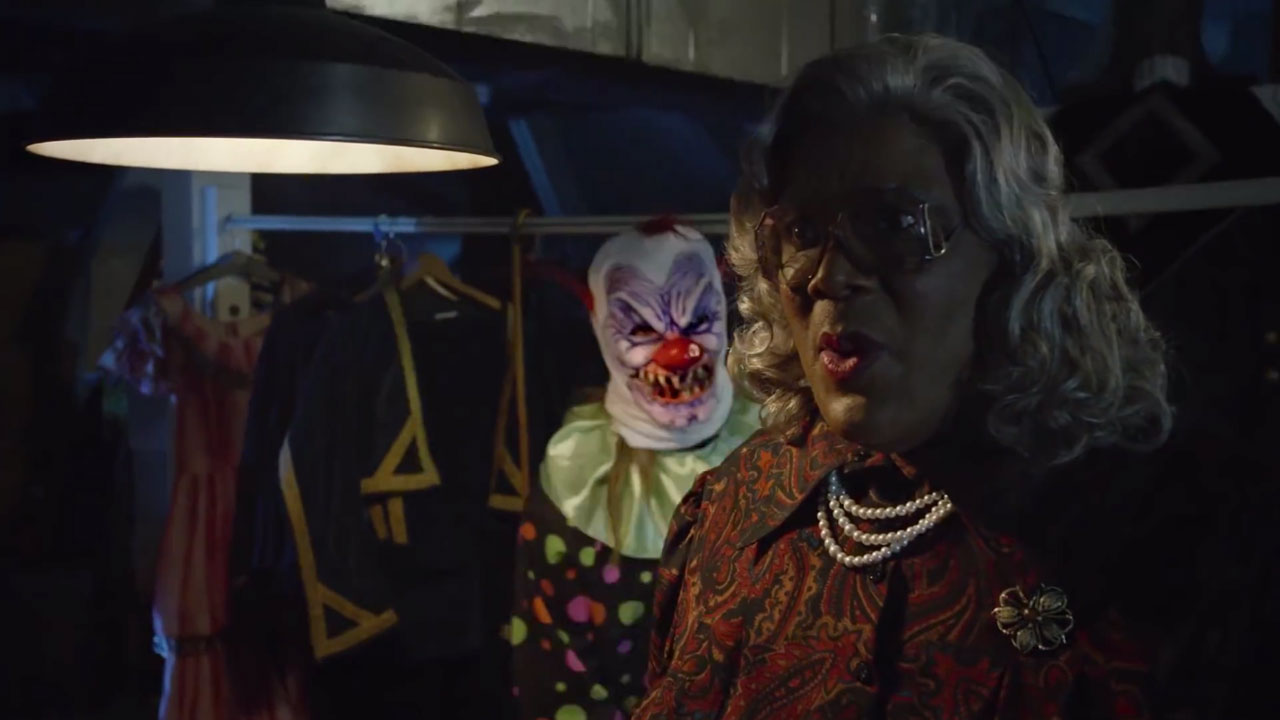 Believe it or not Boo! A Madea Halloween started out as a fictional movie within Chris Rock’s Top Five film but became a reality when Lionsgate approached Tyler Perry to make the film. This is the first Halloween installment for the Madea franchise and boy do they really go there. The film reintroduces us to Brian (Tyler Perry) and his daughter Tiffany (Diamond White) who is currently not bonding well as father and daughter. Tiffany, who is now a teenager, has become disrespectful and does not heed to her dad’s instructions. Tiffany and a group of her girlfriends are invited to a frat party to celebrate on Halloween. Of course, her dad is not having it and decides to have Madea come watch her to ensure she doesn’t leave the house.

Like any rebelling teenager, Tiffany devises a plan that will ensure she attends the party. She tries to scare Madea, Joe, Hatti (Patrice Lovely), and Aunt Bam (Cassi Davis) into going to bed early to escape Halloween night. From then on the film goes into Madea and her crew, trying to find Tiffany at the frat party and providing as much comedy as they can. There are quite a few scenes in the frat house that will not disappoint but than is mainly due to the antics of Madea, Hattie, and Aunt Bam. The fraternity guys in this film are not funny and outside of helping provide the plot of Tiffany sneaking out to their party, their characters are not needed.

I have to warn you for those who are planning to bring their young children to this film, there is cursing and use of the N-word hence the PG-13 rating. Some of the scenes are funny especially those including Madea running from clowns and zombies but other than that I was underwhelmed.  It seems with this film he is possibly going a different direction with the Madea franchise and I don’t like it. They tried to tie the movie at the end with a good family takeaway but after listening to the cursing during the film, it felt too forced. My recommendation is to WAIT to see this film until it hits Redbox or even TV.  It may be time for Tyler Perry to let go of his Madea franchise but with so many people still rushing out to go see his films I highly doubt it.

Boo! A Madea Halloween hits theaters on October 21. Purchase your tickets now at Fandango if you still dare to go see it. Comment below if you are going to see this film.

One thought on “Boo! A Madea Halloween Movie Review”