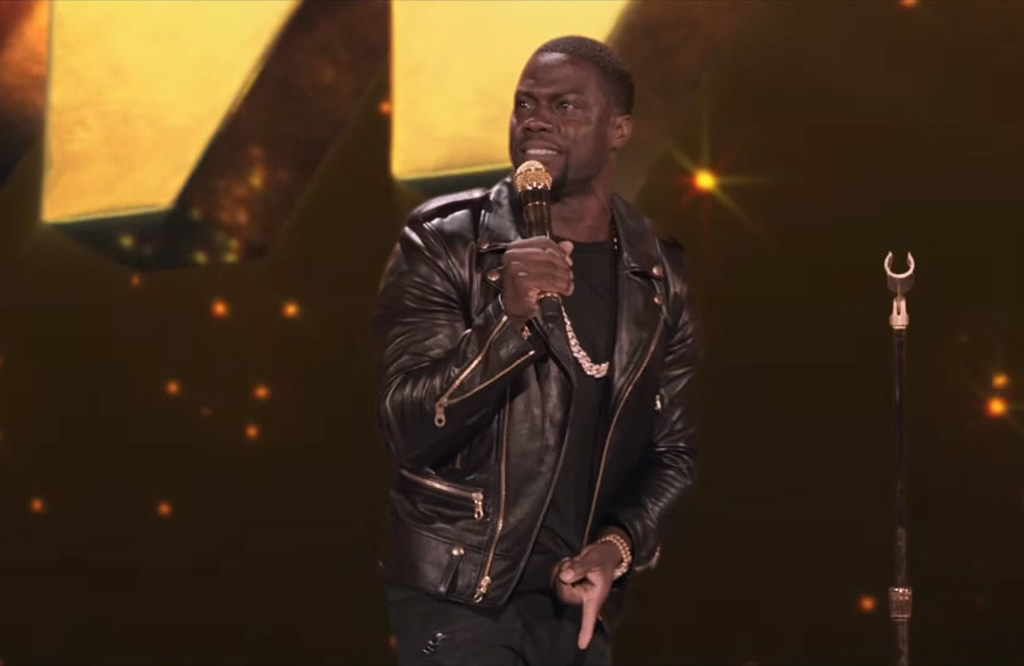 Kevin Hart made history by having one of the largest stand-up comedy performances in America with his new film, Kevin Hart: What Now?.  Kevin Hart’s stardom is truly shown by performing to a sold out crowd of 53,000, in his hometown Philadelphia, at the Lincoln Financial Field. This will be Kevin Hart’s fourth film this year alone which is absolutely amazing considering he was once in Soul Plane. With this new film, I am concerned that Hart can no longer relate to his audience due to his new Hollywood status, as he once did in his previous stand-up films.

The film opens up with his normal short movie but this time, he has enlisted stars such as Halle Berry  and Don Cheadle to name a few. Hart makes fun of some of your favorite actions movies while still giving the crowd a few laughs along the way. Once the short movie is over he gets down to business and begins his stand-up routine. In the beginning of the film, Hart delivers some laughs but then takes some jokes too far since they are unrealistic in belief and sometimes mildly offensive. For much of the film, I felt forced to laugh at most of the jokes since he tied them together repeatedly to the point where you heard it so much that you had to laugh. While I thought most of his content was dry there were two moments in the film in which I laughed so hard that my chest felt like it was going to explode.

This brings me to my main issue with Kevin Hart and his films. I think Kevin is hilarious and he is a master of his brand which has led him to immense stardom and success. This man literally beat out Jerry Seinfeld for highest paid comedian and has his own tennis shoe. However, I think this comes down to quality over quantity for this film. It seemed as though Kevin did not have enough material to make this performance truly funny. His stories were not relatable to most of those not living in Hollywood and it seemed like this film was made to get a quick buck. What made Kevin funny was his ability to takes stories from his past that many in his audience could relate to and make it funny. I hope he can find a way to reconnect with his audience through new material as he once did.

For this film, if you are a Kevin Hart fan you are going to love it. For those who agree with me and have seen a decline in some of his more recent films,  you might not like it. This film would be better suited for a Netflix original than actually making it for theaters. My recommendation is that you WAIT to see this film.

Kevin Hart: What Now? hits theaters this Friday, October 14th. Purchase your tickets now at Fandango so you don’t get sold out.  What did you think of the movie? Share your thoughts below!