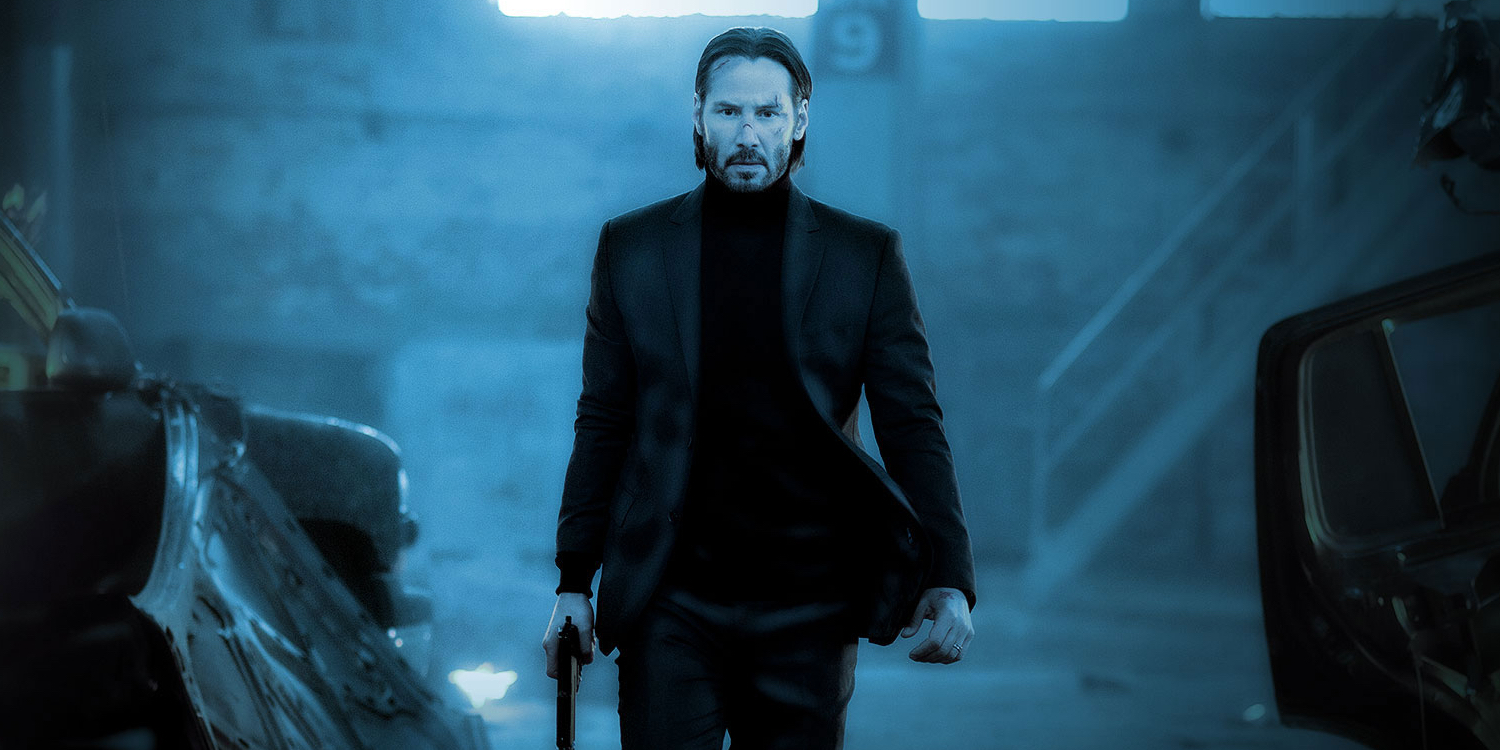 John Wick 2 kicks off with John (Keanu Reeves) still looking for his stolen Mustang from the first film. The opening action sequence definitely does not disappoint and definitely kicks off the high dead body count in the film. For those of you who have not seen the first film, (yes there were actually people in the theater who did not watch the first John Wick) you are given a quick synopsis of the first film and why we are to fear the “Boogeyman”  AKA John Wick. Once John completes his mission of vengeance by retrieving his car, he tries to quickly settle back into his retirement. He doesn’t get very far when he is visited by an old friend Santino D’Antonio (Riccardo Scamarcio) who has come to collect on a debt. John refuses to uphold his end of the oath that was taken and to put it lightly things escalate very quickly.

John reluctantly accepts the job from Santino and comes out of retirement for one last time. His job is to assassinate Santino’s sister, Gianna D’Antonio (Claudia Gerini), while she is in Rome. Once John completes his mission, an entirely new subplot opens when a $7 million dollar bounty is placed on his head for any taker.  It is then that we are introduced to some of our favorite supporting characters from the first film. Ian McShane returns as Winston, the manager of the Continental in New York who is tasked with overseeing the rules of the assassins and his concierge Charon (Lance Reddick) also is back to help assist.

We are also introduced to some new villains in  John Wick 2 with Common playing the role of Cassian, and Ruby Rose as Ares. Common has some standout fighting scenes with Keanu in this film, with a humorous gun scene in the subway station that will not disappoint. Common has definitely solidified his acting in the action genre with some great stunt work in this film. Ruby Rose holds her own as Santino’s bodyguard and also gets some fist to fist time with Keanu as well. For all of you Matrix fans out there you do get to see Laurence Fishburne as the Bowery King reunite with Keanu in this film.

Overall, I was blown away by the amazing action and combat scenes in this film. With many sequels never coming close to their predecessors, John Wick 2 sets the sequel and action bar high for 2017. If you are into the blood and gore of action and love to see hand to hand combat scenes, this film is definitely for you! John Wick fans you will not be disappointed and you will be begging for chapter 3 to start production. I will warn you the film doesn’t provide good acting dialogue, but who goes to an action film looking for an oscar worthy acting performance.  I will definitely say PAY to see this film in theaters.

John Wick 2 hits theaters on Friday, February 10th. Purchase your tickets now at Fandango and don’t get sold out. Are you excited to see John Wick 2? Sound off below!