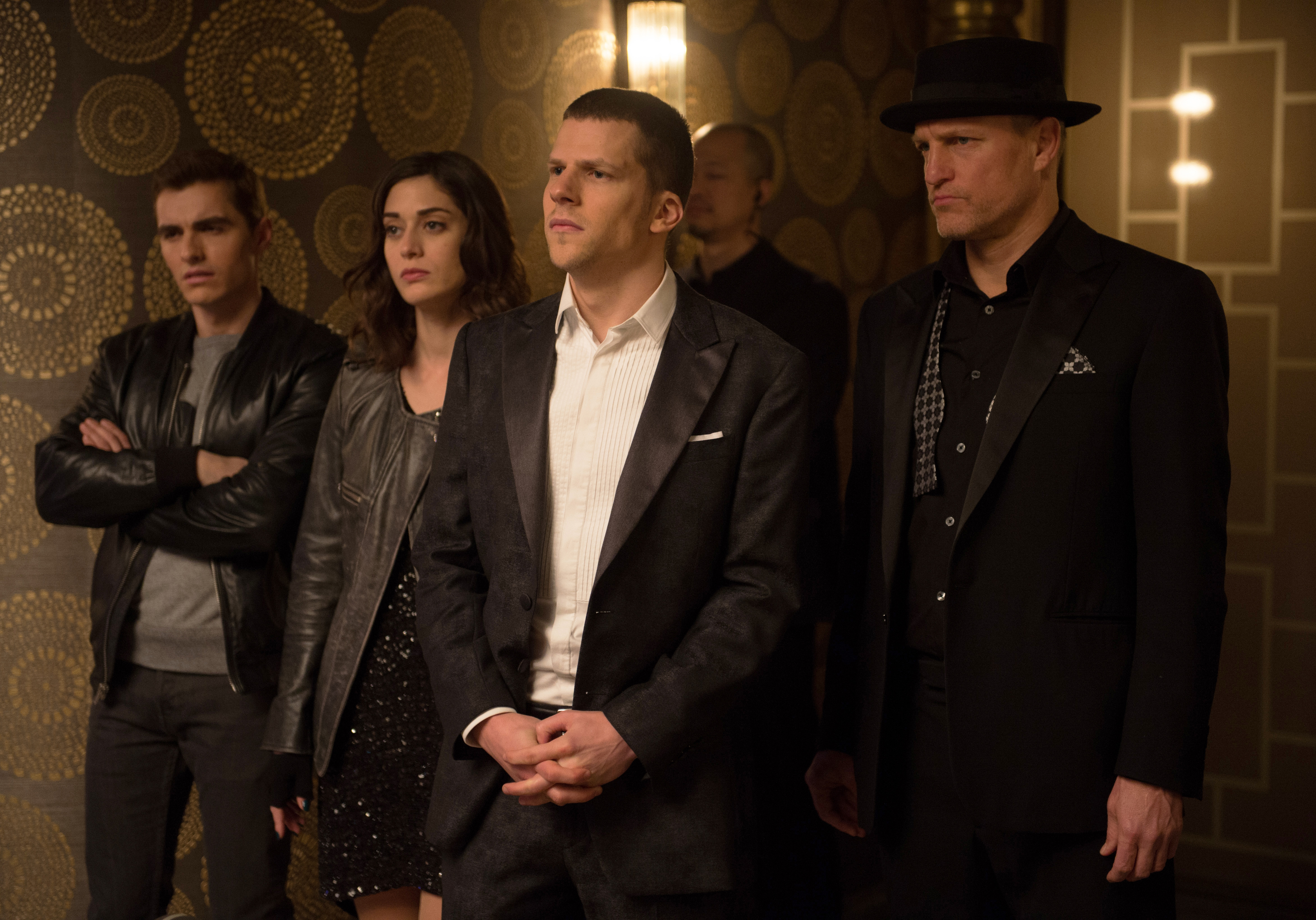 The four horseman are back for a sequel and boy they did not disappoint in Now You See Me 2. Picking  up where we left off in the last film the horseman are still awaiting orders from the EYE for their next trick. They have been living in hiding and on the run since the previous film.

We find ourselves with a new addition to the team Lula, played by Lizzy Caplan, who replaced Isla Fisher who was pregnant during the filming of this movie. I love Lizzy Caplan as an actress and she was a great replacement that adds some comedic relief in the film.  Sanaa Lathan takes on the task as the new deputy in the FBI to lead the charge to catch the horseman. She does fine in the film for the few scenes we see her in but I would have liked to see more of her. We also have a new villain Walter Mabry, played by Daniel Ratcliffe, a rich genius who tricks the horseman into doing his evil bidding in order to buy their freedom. I still cannot take him seriously in films and will forever view him as Harry Potter, but he holds his own in the film.

I won’t give up too much of the plot but the movie carefully explains some of the questions we were left with at the end of the first movie. I loved some of the tricks in this film but it was still lacking the grand show that the first film delivered. Action scenes were great and I loved the chemistry this cast brings to the screen.

This movie was not better than its predecessor but what sequel ever is?! You will not be surprised by the tricks in this film but they are still a great sight to see. I was overall pleased with this film and you will not feel as though your money was wasted. This is definitely a PAY to see it in theaters.

NYSM2 is in theaters now! Click here to buy tickets so you don’t get sold out. Have you seen NYSM2?

One thought on “Now You See Me 2 Movie Review”