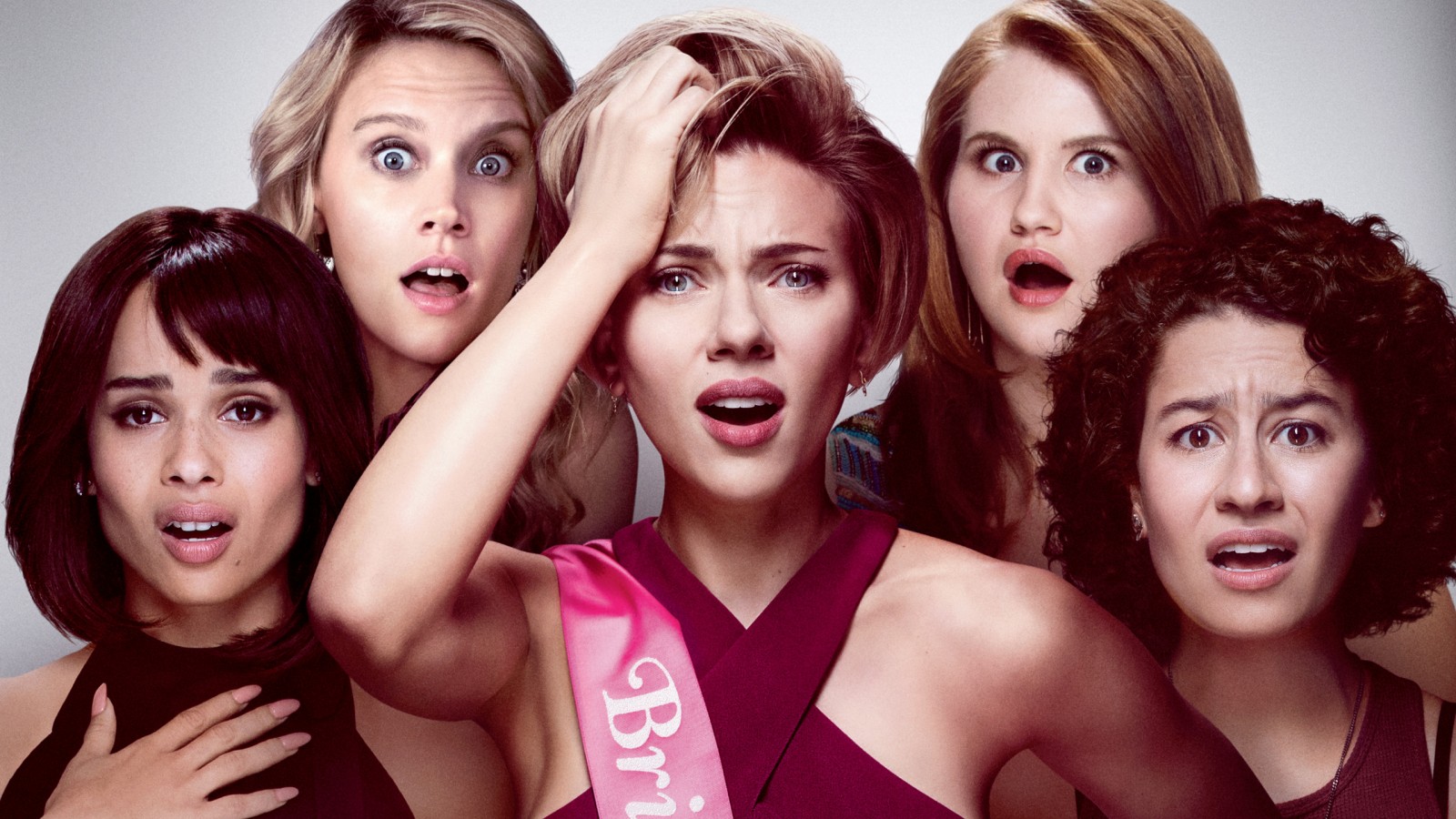 Rough Night is about a group of college friends reuniting for a bachelorette weekend in Miami to celebrate the upcoming nuptials of their friend Jess (Scarlett Johansson). Their circle consists of the rich friend Blair (Zoe Kravitz), the rebel activist Frankie (Ilana Glazer), the annoying best friend Alice (Jillian Bell), and the new Australian friend Pippa (Kate McKinnon). Alice has pulled out all of the stops to make this the best bachelorette ever but things quickly take a turn for the worst when a stripper ends up dead in their house. From then on, we are taken on a raunchy yet sometimes funny ride as the women attempt to cover up the murder and get rid of the body.

Given the material this A-list cast was given, these women do their best to provide some good laughs mixed with good acting. Scarlett Johannson does well as the accomplished put together bride who has become a bore since her college days due to her running for political office. Jillian Bell is decent as the jealous best friend who tends to make bad decisions with good intentions that only dig the women into an even deeper hole. Kravitz and Glazer also hold their own as the previous lovers who lives have gone into two separate directions. To no surprise,  Kate McKinnon provides some good laughs as the Australian friend of Jess who gets under Alice’s skin.

My main issue with this film is it tries too hard to bring the same raunchy laughs as some of its films predecessors  (The Hangover and Bridesmaids). With this great cast, the women were not given any original material to make this film their own. Instead, we see the same gimmicks we have seen over and over again (minus the murder) and as a result, the movie falls flat. Don’t get me wrong, there are some funny scenes in this film but not enough to make me want to watch this movie again.

This movie was better than I thought it would be, but with all of the hype surrounding it, I was left wanting more. I hope with the upcoming movie Girls Trip,  that we are shown something better and more original. What the world really needs is for Kate McKinnon to star in her own movie instead of being the savior for these poor comedic films.  I would have to recommend you WAIT to see this film. This movie would be better suited for a Redbox rental for a night in.

Rough Night hits theaters this Friday, June 16th. Click here to purchase your tickets from Fandango so you don’t get sold out. Have you seen Rough Night? Share your thoughts on the film in the comment section below!