Skip to content
You are here
Home > Movie Reviews > Fantasia Review: ‘Vesper’ Is a Dystopian, Coming-Of-Age Story About Where We May Be Headed 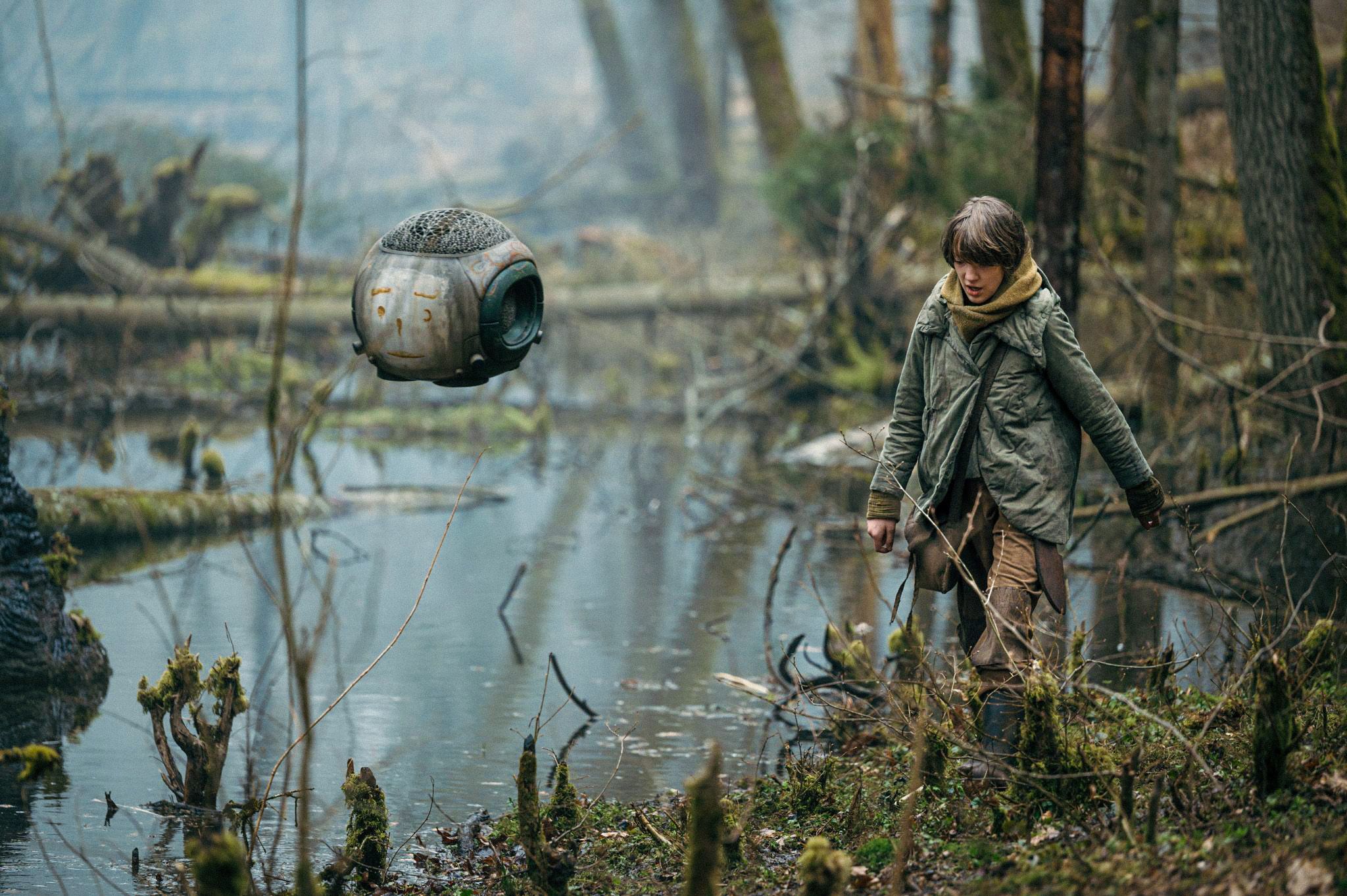 One of the best films showcased at this year’s Fantasia International Film Festival is Kristina Buozyte and Bruno Samper’s Vesper. Set in what is described as the new dark ages, it’s a dystopian, coming-of-age story with immense heart and impressive, realistic world-building. In an unforgiving world, one young girl dreams of escape with a determination that ends up being the key to humanity’s survival.

This Earth may be fictional, but it feels not far off from where we’re headed. Humanity tried and failed to prevent an ecological crisis by investing in genetic technology. As a result of this failure, engineered viruses and organisms escaped into the wild, wiping out plants, animals, and large populations of humans. An oligarchy now thrives in enclosed cities called “citadels,” where the rich reside; the forgotten outside struggle to survive. Food is scarce, and those outside must live on seeds that have been coded to produce only one harvest. The struggle to find food is what the audience is presented with first, as the film’s titular Vesper (Raffiella Chapman) goes out looking for any sort of vegetation in a mud-drenched field, with alien-looking machines towering above. Her priority is keeping her father (played by Richard Brake) alive, whose heart pumps outside his body and is unable to speak. He was hurt serving in a Citadel army and all they did for him was provide a drone that would allow him to communicate with Vesper. The topic of politicians’ lack of care for soldiers, along with the scarce resources and disappearance of crops, is sadly relatable.

This world is one vast and dangerous landscape where everyone is out to survive. You’re never safe, not even from family. One day, the generator keeping her father alive is sabotaged. She seeks help from her uncle Jonas (Eddie Marsan) who refuses to offer any charity. As a result, the rash Vesper steals the bacteria needed to repower the generator – sparking great distrust within the family. This distrust and the tension it causes reaches critical heights when Vesper finds an injured girl named Camellia (Rosy McEwen). She’s from the Citadel, which poses a great opportunity for Vesper. She dreams of living behind those walls because she hopes her knack for synthetic biology will get her noticed by scientists and get to work in their labs. Camellia promises to get Vesper to the Citadel if she can help find her father. Vesper is up for the challenge, but when she discovers that Camellia may have the secret to unlocking the seeds, she must protect her at all costs.

Buozyte and Samper have created an enveloping character piece. It’s easily apparent that when writing the script with Brian Clark, they had as much care for the characters as they did the world-building, both fleshed out and explored to great extents. The customs and methods that Vesper takes to survive are fascinating to explore, and it’s interesting to see someone privileged like Camellia navigate these poor conditions and take being fed worm soup without a fuss. She never places herself high above Vesper on the hierarchy, but she does carry a bit of ignorance with regard to how intelligent Vesper is. “The vermin have brains too,” Vesper reminds her. It would be hard for anyone not to “ship” these two – they’re so adorable together. They may live in two different worlds, but they open each other’s eyes to both. The dialogue between them also helps the audience understand the film’s politics. You feel a real friendship and love building between the pair thanks to the actors’ performances. Chapman carries a fierceness to evoke the independence and resourcefulness that Vesper has been forced to have at such a young age. McEwen also delivers a dynamic turn. Despite being secondary to Vesper, there’s a lot to Camellia’s story and a lot to work with. She taps into a maternal side that makes the relationship between her character and Vesper even more touching.

Vesper at its core isn’t a joyful film. While there are some upbeat moments thanks to Vesper and Camellia’s friendship, it’s about how shitty being human is on a dying planet. It speaks of capitalism’s control of our lives and how it takes advantage of the poor. But Camellia describes her life up in the clouds as like a frozen river: beautiful on its surface, but joyless and lonely underneath. Greed is a prison with everyone behind its bars – and we’ll all suffer equally. It doesn’t end on a downer, though. While the film’s ending arrives quickly and leaves some questions unsatisfyingly unanswered, Vesper’s story concludes with a triumphant crescendo to the strength of hope and the unwavering resilience of humanity.