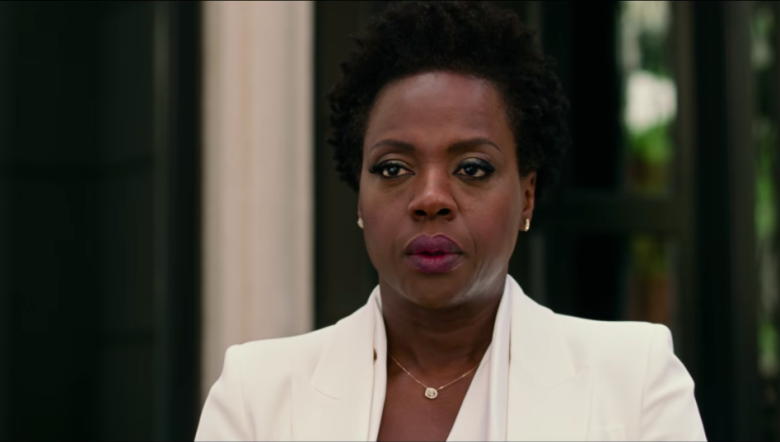 Today, 20th Century Fox released their Widows Official Trailer that literally snatched my wig and made me want to give all my money away to them. Steve McQueen is back after his success from his critically acclaimed12 Years A Slave which debuted over five years ago.  Gillian Flynn who is well known for her work on Gone Girl is responsible for co-writing the screenplay. This time around, McQueen has another star-studded cast as a group of recently widowed woman attempt to pull off a heist to pay back the debts their criminal husbands left behind. After watching the trailer, November can’t come soon enough and this talented and diverse cast if giving me all my life as well. Widows hits theaters on November 16, 2018, make sure you check out the trailer below!

From Academy Award®-winning director Steve McQueen (“12 Years a Slave“) and co-writer and bestselling author Gillian Flynn (“Gone Girl“) comes a blistering, modern-day thriller set against the backdrop of crime, passion, and corruption. “Widows” is the story of four women with nothing in common except a debt left behind by their dead husbands’ criminal activities. Set in contemporary Chicago, amid a time of turmoil, tensions build when Veronica (Oscar® winner Viola Davis), Alice (Elizabeth Debicki), Linda (Michelle Rodriguez) and Belle (Cynthia Erivo) take their fate into their own hands and conspire to forge a future on their own terms. “Widows” also stars Liam Neeson, Colin Farrell, Robert Duvall, Daniel Kaluuya, Lukas Haas and Brian Tyree Henry.

Get Out Movie Review: Jordan Peele Shines In Directorial Debut

24 thoughts on “Viola Davis Fights Back In Widows Trailer”