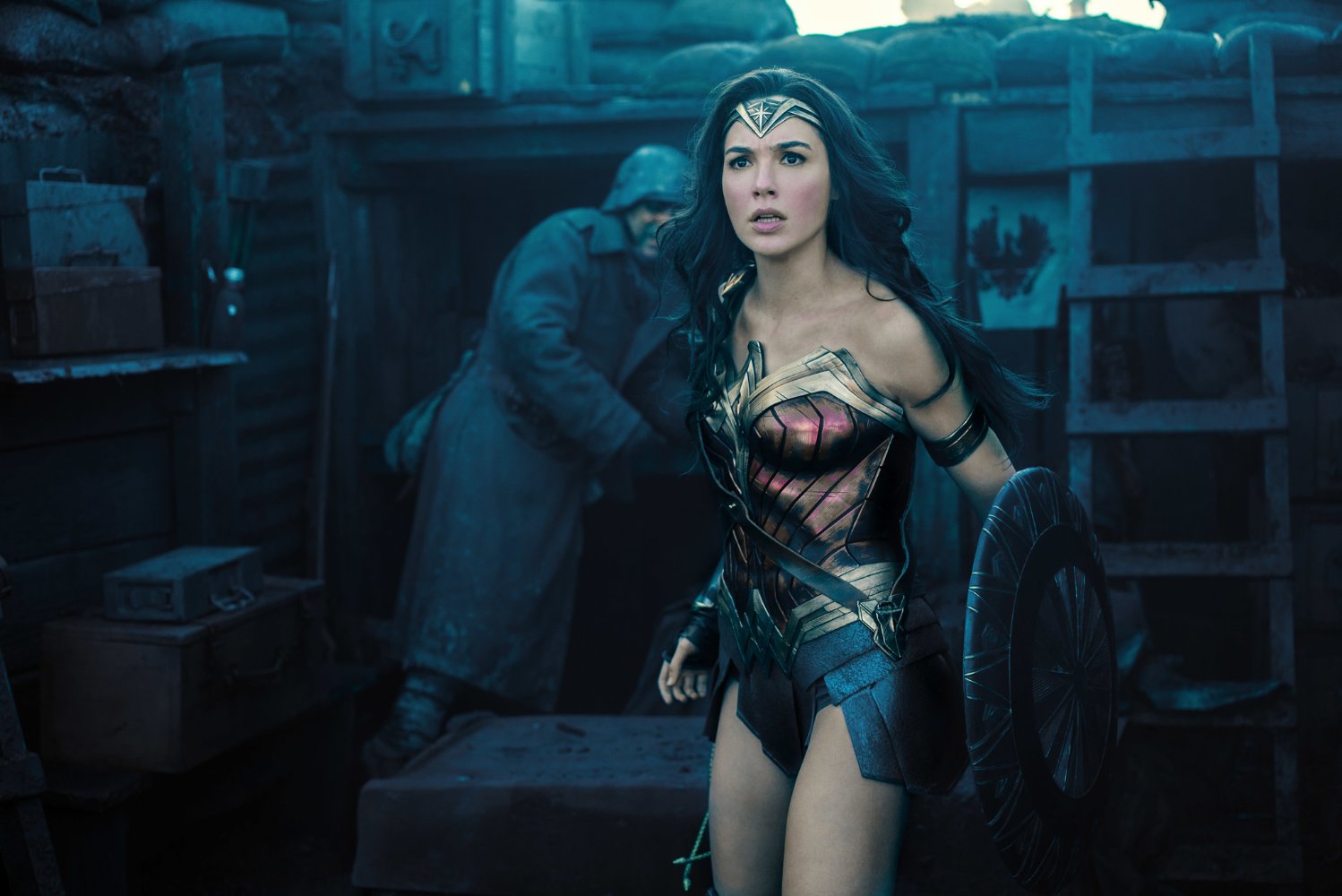 Wonder Woman tells the story of Diana (Gal Gadot), Princess of the Amazons, who was trained to be a mighty warrior. She lives on a hidden island inhabited by only women until a plane crashes carrying a passenger by the name of Steve Trevor (Chris Pine). Steve is interrogated by the Amazons and tells them that he is a spy trying to end the war of all wars. Diana feels compelled to help Steve with his mission and from then on the two fight together to bring peace to the world.

Gal Gadot proves that she is not just a pretty face in this film. Her performance is extraordinary, and her acting truly connects the audience with her character. She truly makes you feel the pain she sees when she witnesses the repercussions of the war. She also does a superb job portraying her fascination of the new world she is discovering in addition to her relationship with Steve Trevor. I have to admit I enjoyed watching Chris Pine in this movie. When I learned of his casting in this film, I was unsure if he would be able to deliver and he proved me wrong. Chris was not only enjoyable to watch, but provided some comedic relief especially in his scenes with Gal. Their discussions about the opposite sex are quite amusing and still relatable to the present day.

The action in the film is limited since this is, in fact, an origin story. Don’t get me wrong when the action is there it delivers. Gal holds her own during these scenes, and when mixed with the human aspects of war it becomes even more enjoyable to watch. The greater reason why I loved this movie, was the constant theme of women empowerment. Keep in mind, Wonder Woman is the first lead superheroine film since 2005’s Elektra and with the success Wonder Woman will see in the box office, I hope to see more in the future. For the first part of the film, you only see the women of the Amazon, and they hold their own delivering beautiful and skillful action as they show why they are some of the fiercest warriors in the world.

While I loved most of the film, there are a few issues I had with it. The main villain of the film, General Erich Ludendorff (Danny Huston) was not an equal match for Wonder Woman. He has a serum that gives him great strength, but to me, it did not make him a suitable match for Wonder Woman. Towards the later part of the film, we are introduced to a more appropriate adversary, but I feel as though the role could have been better cast and with the overuse of CGI during their showdown made the film look cheesy.

Overall, I enjoyed this first solo installment of the Wonder Woman franchise. With the disappointment of Batman vs. Superman and Suicide Squad, DC proves they may have found their magic again. With Gal Gadot’s mesmerizing performance, many may feel optimistic about the upcoming Justice League film which will hit theaters later this year. I recommend that you PAY to see Wonder Woman in theaters.

Wonder Woman hits theaters everywhere this Friday, June 2. Click here to purchase your tickets at Fandango, so you don’t get sold out! Have you seen Wonder Woman? Share your thoughts on the film below.