Skip to content
You are here
Home > Movie Reviews > How to Build a Girl Review: Beanie Feldstein Is Exuberant in a Coming-Of-Age Tale That’s Flattened By Its Message 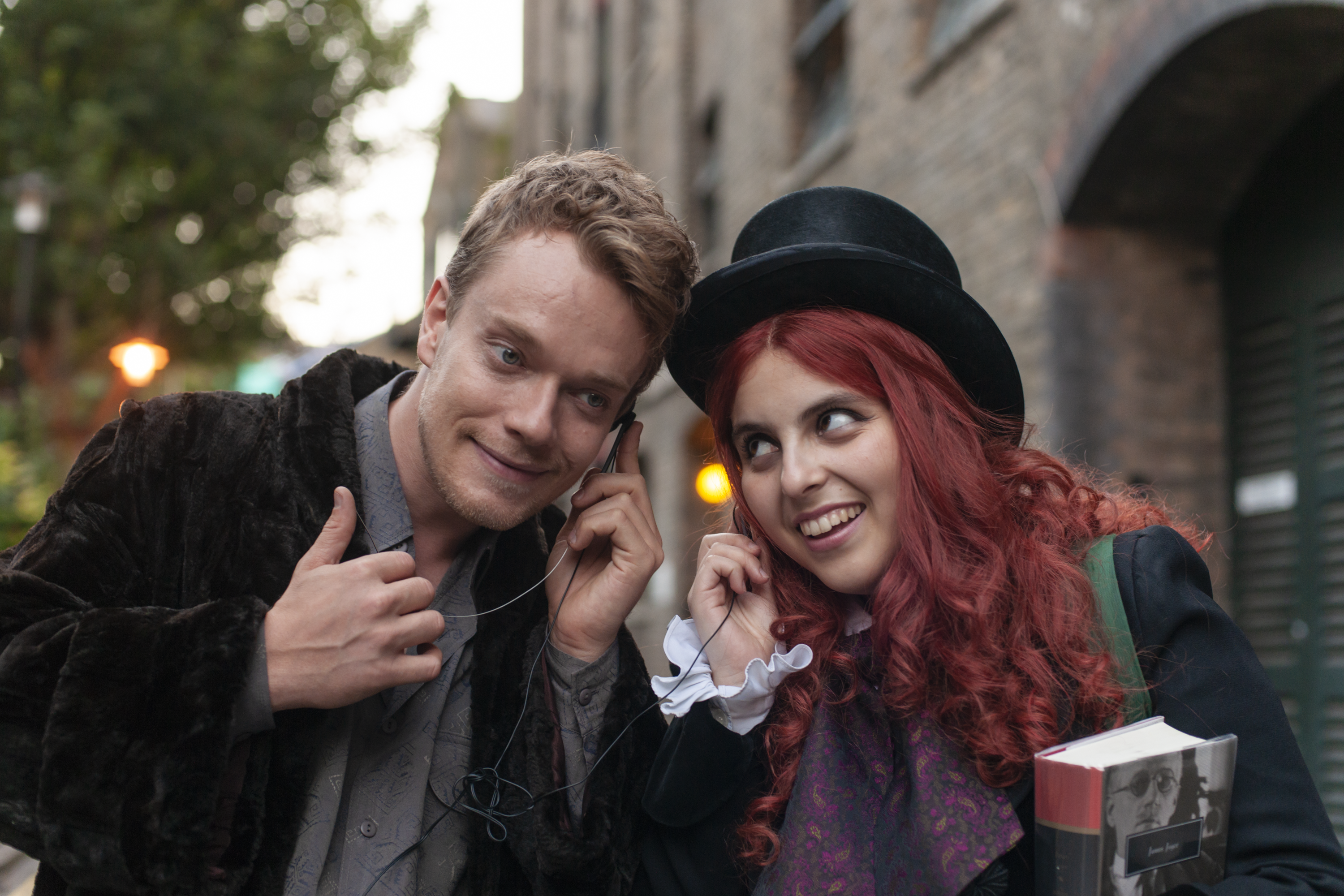 Based on the best selling semi-autobiographical novel of the same name by Caitlin Moran, director Coky Giedroyc, mostly known for her work in television, brings How to Build a Girl to screen. It’s the story of Johanna Morrigan, a British teenager growing up in 1990s Wolverhampton who reinvents herself as England’s top rock music critic. Beanie Feldstein (Booksmart) stars as the unique and quirky protagonist whose rocky road to womanhood, in a screenplay penned by the novel’s author, is often an uncomfortable and frustrating one, with a message that could do more harm than good for the young audience the film is trying to target.

Johanna is your bright, overachieving 16-year-old who’s never been welcomed in the cool kids club. She’s an aspiring writer and a loner who spends most of her time deep in her thoughts, which nine times out of ten is daydreaming of finding her own Mr. Darcy. She’s waiting for her “moment” that girls always have in books – a moment where everything changes. This moment comes when it’s found out that her father is illegally claiming disability benefits. Her family is plunged into poverty and Johanna takes it upon herself to make money to support them.

She sees an opening in the local paper about a publication in London looking to hire a rock music critic. She gets the job, and with it comes reinvention to fit into this very adult world. She dyes her hair cherry red and begins to dress in a way that’s reminiscent of DC Comics’ magician, Zatanna, top hat and all. She also gives herself a new name: Dolly Wilde and soon becomes the most famous music critic in the country, both loved and hated. We begin to forget that Johanna is still just a teenager as she completely embraces the rock star lifestyle, one with a lust for fame, fortune, and sex. But there are moments where the audience is reminded that she’s still a fanciful teenager whose dreams of love result in fireworks lighting up the sky. 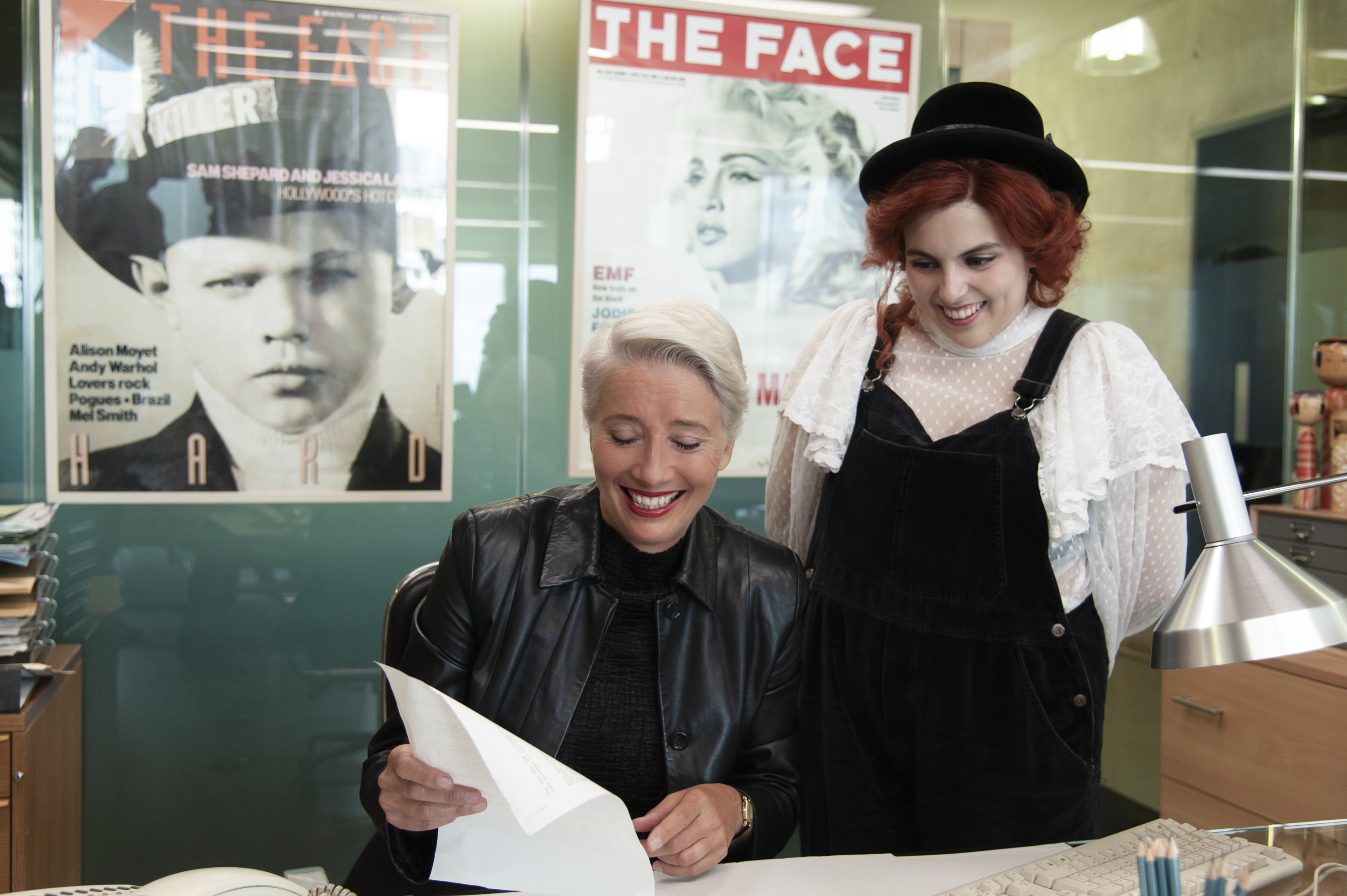 At its core, How to Build a Girl is a journey of self-discovery. A tale of sexual experimentation and of wanting more. It’s a narrative explored many times intending to appeal to both teenagers and the teenager inside all of us. However, while the film seems to be geared towards teenage audiences at first, it switches tones and it’s no longer clear which demographic the film is actually for. The situations that Johanna gets into as Dolly Wilde, whether autobiographical or not, are uncomfortable and frustrating to watch and perhaps best fit in prose. Despite being only 16, she’s treated like an adult by everyone around her. Her male co-workers begin to ogle at her, she even sleeps with one of them, and she details all her sexual exploits with older men in such explicit detail and imagery that puts into question what kind of message the film is trying to send. Not only that, but there’s the message that the only way you’ll be welcomed with the cool kids is if you sacrifice who you are and that the way to success is through bitchery. (But it’s okay because you’ll win an “asshole award” which is worth celebrating.)

While How to Build a Girl feels unique to the coming-of-age genre in its style, it’s ultimately half-baked. Labeled as a comedy, its humor rarely lands and is mostly cringe-inducing, but it’s a film that isn’t without its pros. Namely, Feldstein, who is exuberant in the role and a joy to watch as always. Her accent work here is fine, at least to a North American ear. Music is, of course, a huge part of the film, and one of its highlights, as it boasts great compositions by Oli Julian and original song work sung live by Alfie Allen, who plays a fictional rockstar named John Kite, and real indie bands. There are welcomed guest appearances by Chris O’Dowd and Emma Thompson, as well as others who portray, in a few incredibly charming sequences, the idols that Johanna has plastered on her wall. She talks to them, seeks their advice, and they talk back, something all teens who grew up on Harry Potter wished would happen. In the end, its the film’s message that fails it. It’s something the script tries to fix in its conclusion, however, with Johanna looking into the camera reiterating some common narrative lessons: that you mustn’t lose sight of what’s important when in the face of success and you shouldn’t force yourself to be someone else to fit in. To whichever teenager decided to stick around, though, the ending doesn’t fix the damage that’s already done.