Skip to content
You are here
Home > TV Reviews > Trail By Media Review: Expect Entertainment With The Courtroom Docuseries, Not Depth 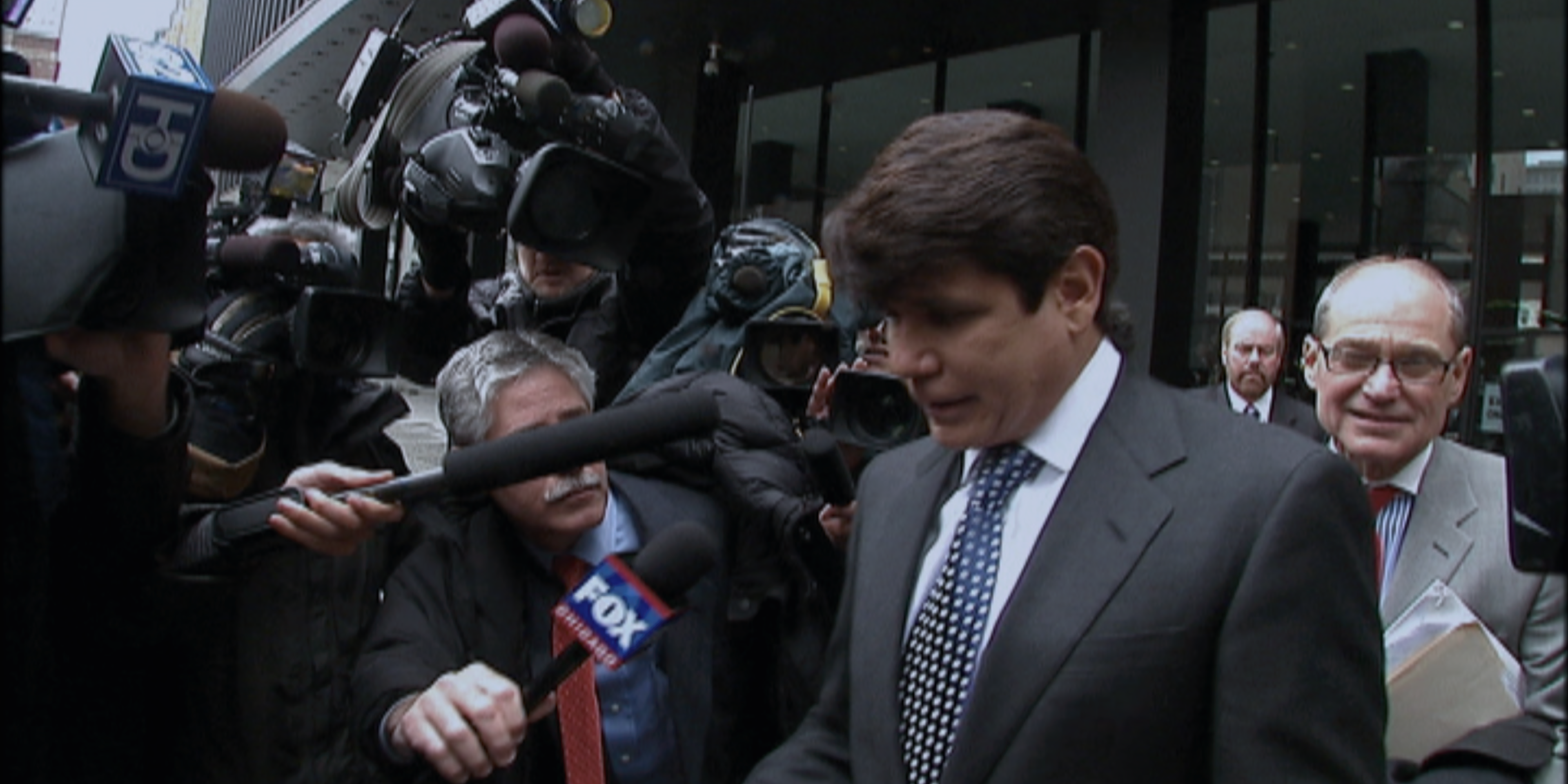 A six-part true-crime docuseries, composed of infamous trials, with each chapter helmed by a different director than the prior, the George Clooney Grant Hesolv-produced Trial by Media illuminates how media outlets may have altered the outcomes of the cases they covered. As bit-sized consumable true-crime stories—most of the episodes clock-in at just over an hour in length—the docuseries is compelling. However, not every chapter captures the program’s thesis. Instead, most are either platforms for showboat lawyers—same as the outlets who initially covered their trials—or never feature a unique approach.

For instance, episode one: the Tony Yacenda directed “Talk Show Murder,” covers the slaying of Scott Amedure by Jonathan Schmitz in 1995, which occurred days after the former surprisingly confessed his love to the latter on live-television on The Jenny Jones Show. Moreover, episode two: Skye Borgman’s “Subway Vigilante,” recounts Bernhard Goetz’s 1984 subway shooting of four Black teens who he feared would rob him—an incident that later inspired a scene in Todd Phillips’ Joker.

Neither chapter enlightens the viewer to the media onslaught of the era. Instead, the media acts as an obvious organism but rarely an actively inspected player. While “Talk Show Murder” quickly refocuses itself to the drama of the courtroom, interviewing the relatives of Amedure and Schmitz, and meekly inspecting homophobia during the 90’s, “Subway Vigilante” merely tracks the trial as any documentary would. In short, in neither episode is there an inherently special or different approach from any other true-crime doc.

On the other hand, chapters four and six: Brian McGinn’s “King Richard”—which remembers the multi-billion dollar fraud committed by HealthSouth Corporation founder Richard Scrushy—and the Yancee Ford helmed “Blago”—recounting former-Illinois Governor Rod Blagojevich’s 2010 corruption trial—are stories of the American dream gone awry, but not incredibly insightful as studies of the media either. Even though McGinn’s “King Richard” could have functioned as a fascinating deconstruction of how attorneys turn the press into their client’s favor, the episode devolves into why their flamboyant courtroom antics can influence a jury. Moreover, chapter six solely functions as another opportunity for Blagojevich’s wife Patti to plead her husband’s case.

Trial by Media only comes close to capturing its thesis in episodes three and five. Garrett Bradley’s “41 Shots” is a heartbreaking retelling of the tragic 1991 death of Amadou Diallo; a 23-year-old immigrant from Guinea murdered by the NYPD in the vestibule of his own home after they mistook his wallet for a gun.

Though the Reverend Al Sharpton features heavily in “Subway Vigilante,” Bradley uses his presence far more effectively, here; as Sharpton demonstrates how instrumental the media can be to amplify the voices of demonstrators. Furthermore, Sharpton succinctly explains why he chose certain strategies, such as enlisting Amadou’s mother Kadiatou to defend her son. In fact, Bradley’s best resource is Kadiatou. Over twenty years later, her clear-eyed evaluation of the othering of her son and the facelessness the press put upon his life, still resonates. As does the archival footage of nightly news coverage and aerial shots of protesters from the era.

Sierra Pettengill’s “Big Dan’s Tavern” also cuts deeply. In 1983, Cheryl Araujo was brutally gang-raped by four men in a New Bedford tavern, as multiple onlookers cheered her attackers on. The case sparked tensions, as the local Portuguese community was demonized by the local white residents due to the assailants sharing the same nationality. Most importantly, the case marked the first time a rape trial was broadcast live on national television. The ordeal witnessed pitfalls, as the private Araujo’s name and address were revealed to audiences.

It’s odd that this should be the fifth episode as Pettengill’s chapter demonstrates the building blocks of what would spawn the insatiable appetite for courtroom television witnessed during the O.J. Simpson trial and later devolving into talk shows hosted by Jerry Springer and the aforementioned Jenny Jones. In short, “Big Dan’s Tavern” functions better as the opening salvo of the series. Moreover, it functions as a time capsule of how we once approached rape victims, and the ways we’re still deficient in that regard. We still blame the victim as many during the 80’s did to Araujo.

While captivating as disparate stories of high-stakes courtroom drama, with flashy attorneys as their stars, the individual chapters of Trial By Media never act in concert together. Instead, operating as marginally effective as a whole, yet intensely powerful in spots. Namely, episodes three and five. Like the media coverage of the trials they retell, expect entertainment; do not expect depth in Trial By Media.

Mare of Easttown is a Mystery Worth Exploring