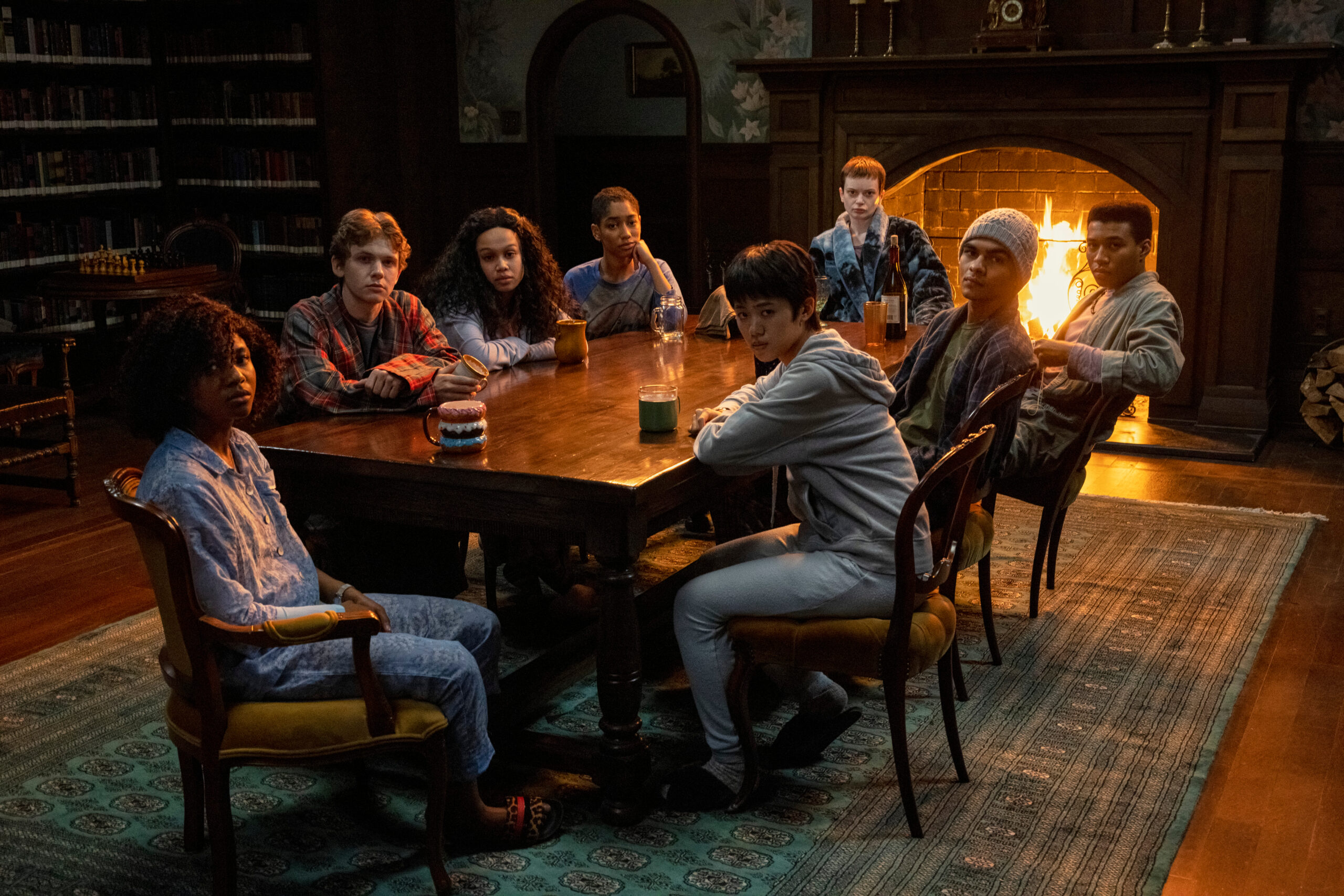 Mike Flanagan’s films and series are always breathtaking, even amidst the terror. He also delivers horror with a point, a purpose beyond the frights. The Midnight Club has some scary moments, but the driving focus is the collection of teens and the stories they tell. Despite the incredible storytelling from the teens, there are moments where it feels like the series leans into typical character tropes. Although entertaining, The Midnight Club focuses too little on horror or mystery, yet fails to flesh out many of the teens’ stories, making it an arduous journey to reach the final episode. Though not bad, the series is less impressive than previous works, and I hope a second season delivers on building character arcs for their non-white cast.

First, it was the 70s, then the 80s, and now it seems every series has to take place in the 90s. I do not fault creators since studios and streamers seem hell-bent on oversaturating the market. But by the time I reach my third series set in the same decade, it becomes tired. It’s 1994, and Ilonka (Iman Benson) celebrates wrapping up high school, excited for college and getting a jump start on the fun by attending a college party with her friend. She gets a nosebleed, a flash of a morbid-looking older man, and Ilonka collapses. After receiving a terminal diagnosis, Ilonka does research and based on the weird images she sees, Ilonka chooses to go to Brightcliffe, a hospice for terminal teens.

Despite Ilonka’s determination to find a cure, sadness looms because these kids have gone through that denial phase. The acting is phenomenal, and you feel for each character. Everyone has a distinct personality, some kind, preachy, or abrasive. You will have a favorite or four amongst this group of teens. I also love that Mike Flanagan brings back some of the actors from previous works, including Samantha Sloyan, Rahul Kohli, and Zach Gilford. However, my favorite is Robert Longstreet and his distinct voice. Also, casting Heather Langenkamp as Dr. Georgina Stanton, the director of Brightcliffe, is a great horror touch given her Nightmare On Elm Street origins.

Although The Midnight Club has a great cast, something feels amiss, particularly with the Black characters. There is Ilonka, brown-skinned, and her white adopted father. Unless there is a secret regarding her birth parents that comes out in future seasons, it is tiresome that when there is a diverse cast, Black lead characters either need to have a white parent or a white partner. Most of the characters, aside from Ilonka and the white characters, are underdeveloped. The Black characters feel like stereotypes rather than fleshed-out characters in this season. As you get further in the series, the developments, including parental abandonment, become glaring.

The scares are minimal, but the teens’ storytelling is engaging. The stories are unique and let the audience into the storyteller’s mind. Stories say just as much about the creator as what the audience notices in the story. In front of a fireplace is a perfect atmosphere akin to campfire storytelling. But the atmosphere builds a terror that the season does not deliver, focusing on a mystery and a few characters.

The hospice, set in an old house, has all the horror trappings, including an accordion elevator. It is a wonder the atmosphere of the building does not send the teens fleeing in itself. Mike Flanagan’s direction again makes use of the shadows, especially at night, but the cinematography of the woods around Brightcliffe looks lush and stunning, tempting you to take a stroll. There is a mix of horror, dread, and beauty that Flanagan captures to a tee.

The Midnight Club is my least favorite of Flanagan’s works. I enjoyed The Midnight Club; I love Flanagan’s other series like Haunting of Hill House and Midnight Mass more. Too many characters fell by the wayside this season and became clichéd cutouts. Despite this, the cast makes the series enjoyable. William Chris Sumpter as Spence, Annorah Cymone as Sandra, and Ruth Codd as Anya give moving performances.

But a new season must improve with the non-white characters. The Midnight Club falls into the same habit of making non-white characters stereotypical afterthoughts. The Midnight Club does not chill, but the stories within the story are rare for a series nowadays, add in some gorgeous visuals, and an outstanding cast, and the series is worth watching.