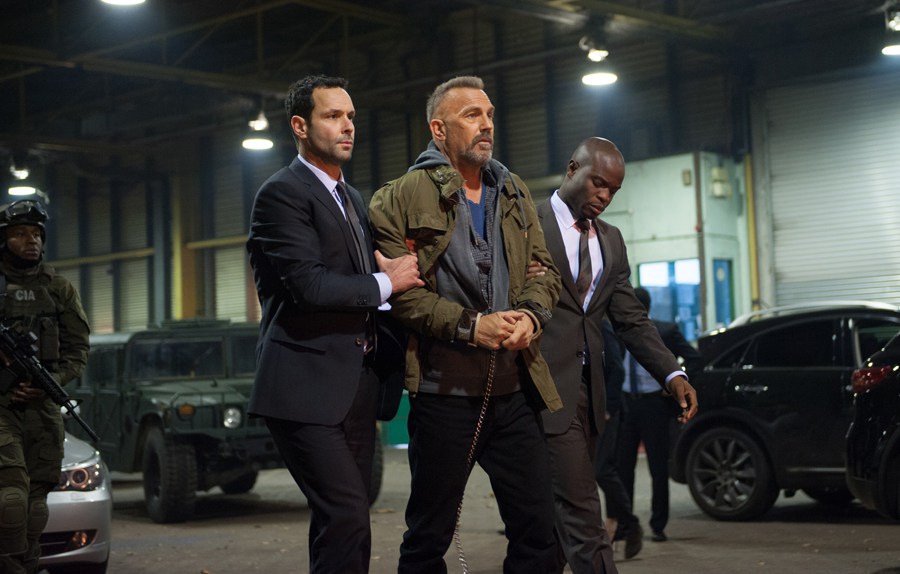 Kevin Costner stars as Jericho Stewart, a ruthless convicted felon with a brain injury that leaves him without emotions for anyone and any of the crimes he has committed in his life. Jericho is taken from prison by the CIA in an effort to become a patient in a never performed brain implantation surgery performed by Dr. Franks, Tommy Lee Jones. The brain implantation performed to recover important information from dead CIA agent Bill Pope, Ryan Reynolds, in an attempt to stop a dangerous anarchist Hagbardaka Heimbahl, Jordi Mollà. Head of CIA Quaker Wells, played by Gary Oldman, is in charge of retrieving the information from Jericho in order to stop Hagbardaka.

During the action packed movie Jericho escapes the care of the CIA and is unleashed upon the streets of London. He then comes in contact with Bill Pope’s memories and flashbacks which sends him on a roller coaster journey to discover what Bill Pope was working on. Kevin Costner’s character is down right mean and sometimes funny without trying to be. When Jericho comes into contact with Bill’s wife and daughter, Gal Gadgot and Laura Decaro, things become different for him. With Bill Pope’s brain infused with his Jericho begins to experience emotions he has never felt before with each moment he spends with Bill’s family. For me this is when the movie became a bit irrational for me. If a criminal pops up in my home and tells me that he has my dead husband’s brain activity inside of him that I would not allow him in my home nor around my child. But that’s just me maybe I was overanalyzing the movie a bit much.

Overall Criminal provides an all star cast with a better storyline than Selfless gave us. Kevin Costner is an engaging and complex character that shows different depths throughout the film. If you are looking for an on the edge action film then this is it. This movie is definitely worth the money and you will not be disappointed.