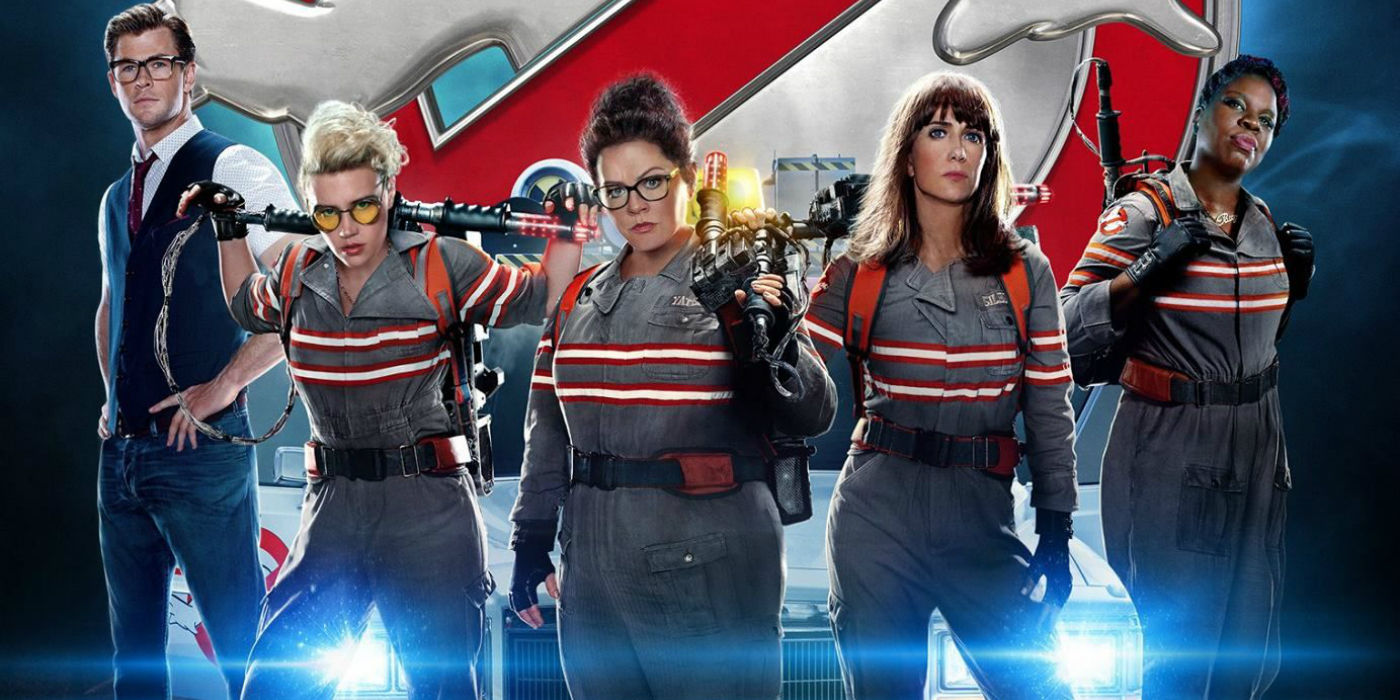 There was a huge negative response when it was first announced there would be a remake of the classic Ghostbusters with an all female cast. Once trailers began to come out it seemed that most of the crowd began to get on board. I had high hopes for this female cast and they definitely delivered to a certain extent. Ghostbusters opens with a well done spooky haunted museum which I have to admit was very funny and an excellent way to open the film.

We are then introduced to Dr. Erin Gilbert (Kristen Wig) who in her past co-authored a book about paranormal activity with her ex-best friend Abby Yates (Melissa McCarthy). Erin is currently trying to reach tenure at Columbia University and needs the book to be taken offline so it does not discredit her. Abby is currently continuing their research with her new partner Jillian Holtzmann (Kate McKinnon). It is then that the ladies are introduced to their first ghost at the haunted museum and the rest after that is history. We are later introduced to Patty Tolan (Leslie Jones) from another ghostly encounter and the cast is now complete.

I was surprised to see a quiet Kristen Wig in this film. From her time on Saturday Night Live and movies like Bridesmaids, I expected to see an all out physical comedic performance from her. The same goes for Melissa McCarthy, who even those she was one of the main characters of the film her scenes were not very memorable. The friendship connection was great between Wig and McCarthy but I feel as though these women could have given us a lot more even with a PG-13 rating.

For Kate McKinnon, on the other hand, I truly believe she stole the show with her mad scientist outbursts and some special karaoke moments in the film. McKinnon also gives us an awesome action sequence in the film that had me wanting, even more, screen time from her. Leslie Jones also holds her own in this film and takes a break from her typical characters on Saturday Night Live to give us a different personality from her. It was refreshing to see that she can play other roles that don’t require her to be over the top.

Chris Hemsworth was another standout in this film with his receptionist role as Kevin. If you haven’t seen him in Vacation you wouldn’t know that he can be very funny as well when he’s not protecting Asgard. He did a great job at playing the hot yet not so smart guy and delivered numerous funny lines in the film.

Overall, I thought the movie was good and definitely had its funny moments. You will also see some familiar faces in some much-needed cameos.  I loved the action scenes I still expected more from this stellar comedic cast but I did not feel that money would be wasted seeing this film in theaters. I would have to rate this film a PAY to see in theaters.

Ghostbusters opens everywhere 7/15. Purchase your tickets in advanced from Fandango and don’t get sold out!

One thought on “Ghostbusters Movie Review”