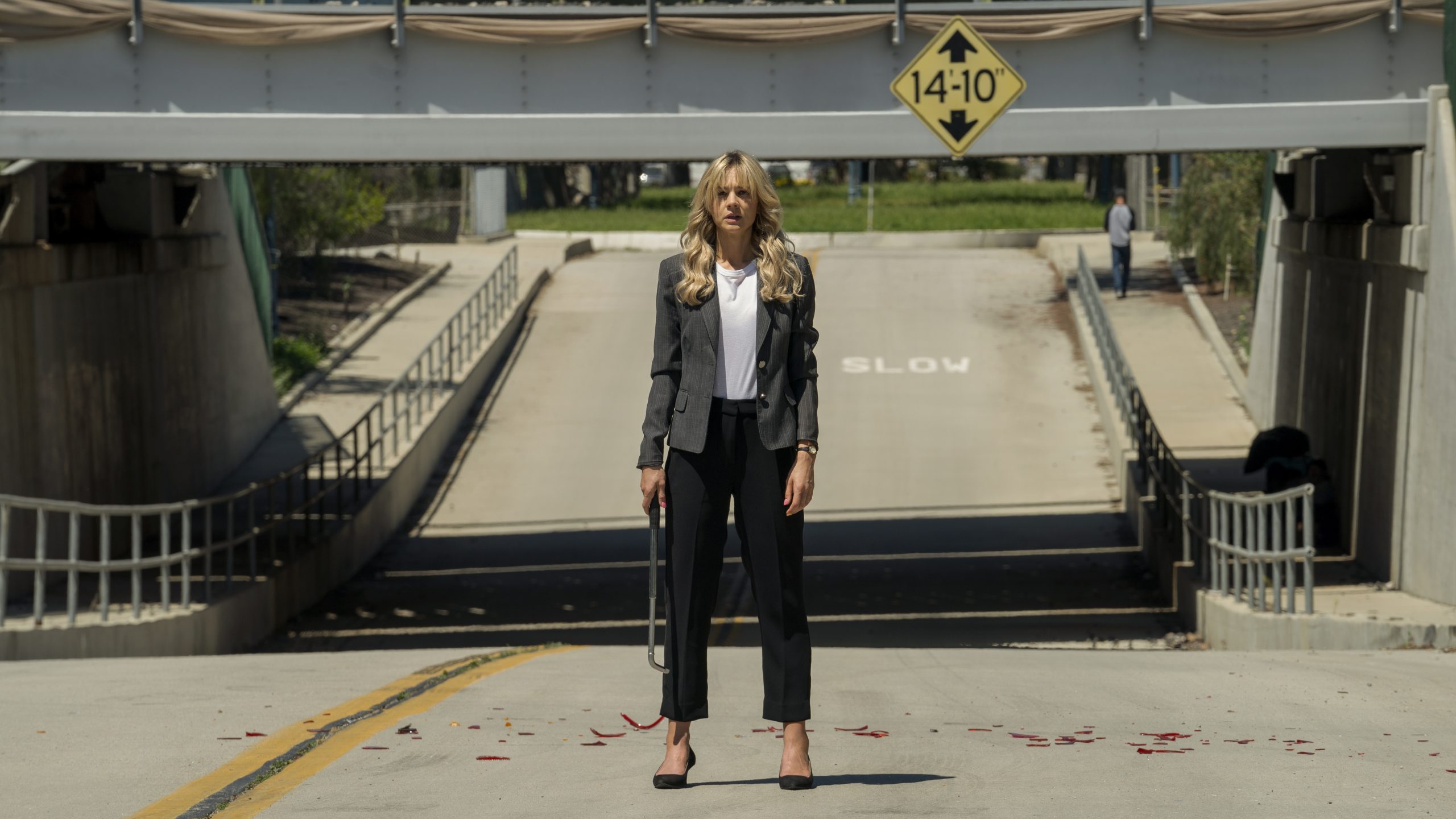 In Charles Laughton’s, The Night of the Hunter, the film’s misogynistic serial killer protagonist, Rev. Harry Powell, says, “Not that you mind the killings. Your book is full of killings. But there are things you do hate, Lord. Perfume-smelling things. Lacy things. Things with curly hair.” Writer-director Emerald Fennell perfectly places this clip in her debut feature, Promising Young Woman. A bold film about the nights of a hunter that doesn’t give a fuck about what anyone thinks or will think of it. It’s a narrative of fantasy. A confrontation of a disgusting culture and toxic masculinity that works – until it doesn’t. According to scholars Mihaela D Bucuţă, Gabriela Dima, and Ines Testoni, “Psychodrama, as an action method, can empower abused women and has the potential to stimulate action in women’s lives and initiate adaptive coping strategies leading to resilience.” Revenge films, like psychodrama, can also empower abused women. They can be bloody fun like The Columnist, or brutal and satisfying like Revenge. But Promising Young Woman, unlike many films of the genre, doesn’t deliver a resolution that will make you stand up and cheer.

Cassie (Carey Mulligan) sits in a club, face down, with her arms spread across red leather. It’s a nightly routine: Every week she goes to a club, acts too drunk to stand, and waits for a “nice” guy to come over and see if she’s okay. In these moments of vulnerability, many men would take advantage of a girl, but Cassie doesn’t let them. Instead, she wants them to feel a woman’s fear. The sound work and soundtrack in these moments are both electric and intoxicating. Each song is perfectly in sync with every scene and sounds like cracking thunder or piercing violin deliver a jolt. Fennell crafts a narrative that, for most of the film, is sharp like the edge of a blade as it confronts rape culture with a stabbing motion; however, never drawing any blood. Why Cassie has taken it upon herself to teach these men a lesson isn’t because she’s a victim herself, but because of what happened to her best friend Nina and the aftermath. Losing someone who was like a sister traumatized Cassie and she has lived with guilt for not being there when Nina needed her most. This experience has stunted her growth in many ways.

Nina’s assault and the trauma of losing her affect Cassie as she struggles to form close attachments. She has no friends, although she’s close with her boss Gail (Laverne Cox), has no boyfriend, dropped out of med school, and still lives with her parents (but there’s nothing wrong with that in this economy). Promising Young Woman feels like a coming-of-age film as Cassie tries to master her trauma and move on. This is illustrated in Nancy Steiner’s costume design. Cassie wears bright outfits with child-like prints by day, but when she’s on the prowl, her outfits change to much darker tones. The kind of clothes deemed more appropriate for someone her age or associated with success. One thing that marks a big change in her is a reunion with a college classmate, Ryan (Bo Burnham). They start to date, offering those light moments needed in a narrative that tackles a heavy topic, and Burnham and Mulligan are both charming and adorable together. But Ryan’s presence in her life is also triggering for her as he’s a reminder of her med school days with Nina and where Nina’s assault took place. Slowly, some upsetting truths come out and Cassie’s bubblegum pink palace crumbles for good.

With taglines like “payback is sweet” and “revenge never looked so promising,” the film is marketed as a fun revenge thriller. And for the film’s first and second acts, it is. A lot of that is thanks to Mulligan’s performance playing up Cassie’s wicked schemes while delivering some humorous one-liners. It really is one of the best performances of the year, as critics have been saying since Sundance. How stylish it is and its banger of a soundtrack also account for much of the sweetness. Fennell balances this well tonally with a pretty weighty narrative, one that doesn’t shy away from showing the reality that survivors face. A reality where their perpetrators go on to live seemingly normal, happy lives; a reality where women are also complicit in rape culture when they don’t stand up for other women and scoff it off as “crying wolf”; a reality where leadership fails to hold rapists accountable and resort to victim-blaming; a reality where victims feel so betrayed by a system that’s supposed to protect them. Important, painful things to discuss, but like most rape-revenge films, you’re waiting for catharsis. Promising Young Woman feels like it’s building to something explosive, but instead delivers something much more gratuitous and stomach-turning, with a message whose interpretation can be damaging. It’s a third act that’s difficult to watch, angering even, and gives you whiplash because it’s so unexpected.

B A van der Kolk writes, “Anger directed against the self or others is always a central problem in the lives of people who have been violated and this is itself a repetitive re-enactment of real events from the past.” Promising Young Woman is all about re-enactment and Cassie’s desire to master the trauma that comes with knowing what happened to her best friend. “Freud posited that mastery could be achieved by actively repeating a past uncontrollable and unpleasurable experience,” Michael S. Levy writes. Throughout the film, Cassie actively re-enacts the state in which Nina was in when she was attacked to then change the narrative and take control. Levy continues by saying that “a traumatized individual re-enacts a trauma in order to remember, assimilate, integrate, and heal from the traumatic experience.” But there is no healing here. No ending worthy of celebration. It ends on such a triggering note that it makes me want to tell survivors not to watch it. But it’s complicated because it’s a film that also needs their critique.

Cassie, dressed as a nurse with multi-color hair, is a Harley Quinn out for the last laugh. But it’s a reaction that, in the end, is difficult to reverberate.

One thought on “Promising Young Woman Review: Emerald Fennell’s Debut Feature Veers From the Sweet Tale of Revenge It Promises”