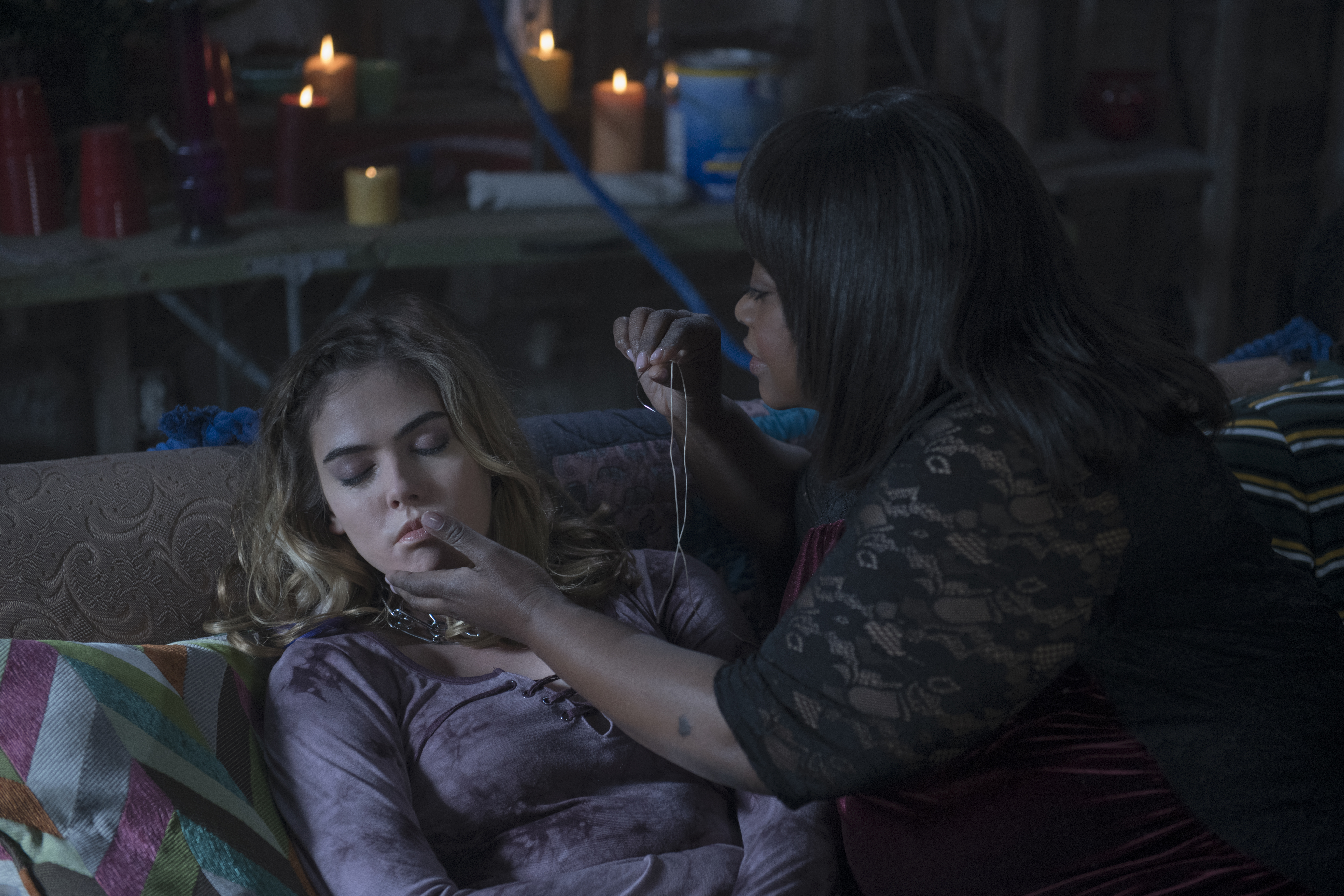 Blumhouse Productions is bringing fans a different side of Octavia Spencer in the new Ma trailer. Octavia Spencer’s character Sue Ann is downright disturbing as she terrorizes a group of young teenagers who break the rules at her new house called Ma’s. Blumhouse has been on a roll this year with new upcoming title’s Happy Death Day 2U, Us, and Relive all premiering this year with much fan excitement. Ma hits theaters on May 31, 2019. Be sure to check out the trailer and the teaser poster below!

Everybody’s welcome at Ma’s. But good luck getting home safe. Oscar® winner Octavia Spencer stars as Sue Ann, a loner who keeps to herself in her quiet Ohio town. One day, she is asked by Maggie, a new teenager in town (Diana Silvers, Glass), to buy some booze for her and her friends, and Sue Ann sees the chance to make some unsuspecting, if younger, friends of her own.

She offers the kids the chance to avoid drinking and driving by hanging out in the basement of her home. But there are some house rules: One of the kids has to stay sober. Don’t curse. Never go upstairs. And call her “Ma.”

But as Ma’s hospitality starts to curdle into obsession, what began as a teenage dream turns into a terrorizing nightmare, and Ma’s place goes from the best place in town to the worst place on earth.

From Tate Taylor, the acclaimed director of The Help and Get On Up, and blockbuster producer Jason Blum (Get Out, Halloween, The Purge series) comes a thriller anchored by a daring and unexpected performance from Spencer, one of the most powerful actors of her generation.

Ma is written by Scotty Landes (Comedy Central’s Workaholics) and Taylor, is produced by Blum for his Blumhouse Productions, by Taylor, and by John Norris (executive producer, Get On Up), and is executive produced by Spencer, Couper Samuelson, Jeanette Volturno, and Robin Fisichella.

What did you think of the Ma Trailer? Be sure to share your thoughts on the trailer in the comment section below. Ma hits theaters on May 31, 2019.