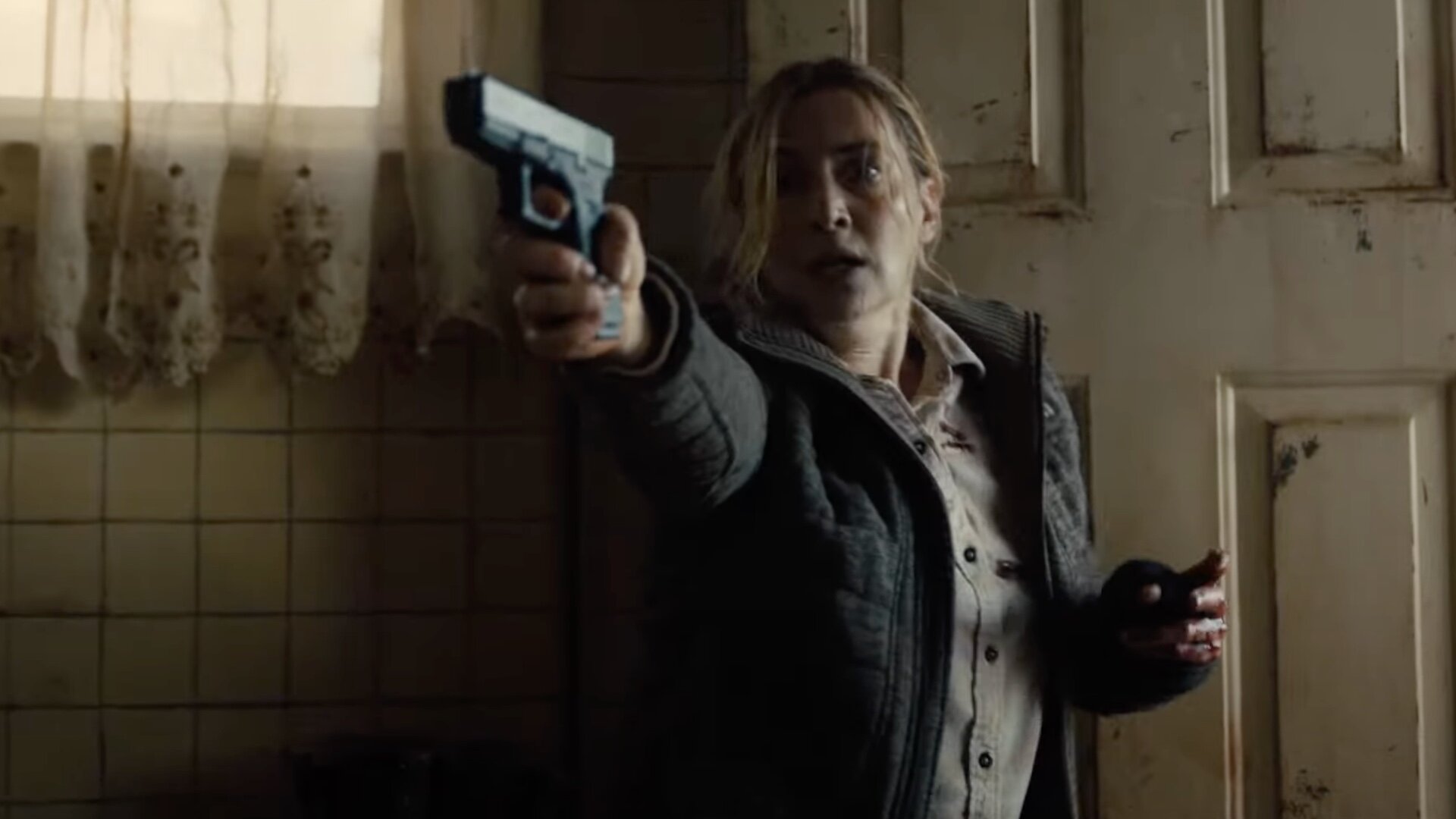 A community is rocked by the sins of its past and an all too present murder mystery in HBO’s “Mare of Easttown.” Set in a small Pennsylvania town, the plot follows Mare Sheehan as she investigates a local woman’s murder. As Sheehan deals with the revelations surrounding the horrific event, this former hometown hero is also facing constantly evolving familial issues and a local crowd full of secrets.

The story builds around the flaws, foibles, and persistent drive of its protagonist. By day Mare goes ahead with various arrests, while also trying to find humanity in those touched by the crimes. She’s dealing with an injury, watching out for a new colleague with an aversion to blood, and even ensuring that a power company does its due diligence in turning on her suspect’s heating.  At night she returns to a home full of challenges—both expected and unexpected. Her daughter Siobahn is going through a rebellion of her own, managing a tenuous romantic relationship that may or may not be leading towards a conclusion. It’s often on the young woman to help manage the household, even doing simple tasks for her nephew. Meanwhile, the aforementioned nephew may prove to have his own challenges—not the least being an absent mother who is returning into the picture for a grasp at full custody.

Women are the force that drives this series. Each female character carries measures of emotional complexity and intelligence that comes along with age as much as it goes with the location. Choosing to spread out the stages of life among women who inhabit Mare’s world provides an added nuance, defining their various motivations. Instead of choosing stereotypes or easily dismissed caricatures, writer Brad Ingelsby gives depth and believability to these creations. The writer himself alludes to the use of places from his own life, in doing so he also presents a timely glimpse at the characters who could just as easily inhabit any town in Pennsylvania. It allows him room to provide a deeper understanding of basic regional favorites, dialects, and even the prevalent attitudes on societal issues.

‘Easttown’ finds its strong suit in an understated, but perfectly on point, performance by Kate Winslet. The actress revels in giving the lead character a bold facade, easily broken by the painful pieces underneath. Winslet also takes time to give her character breathing room, even savoring the silences that go along with sipping beer from the bottle or limping down a hallway. She’s equally matched by the fantastic Jean Smart. Without saying a line Smart conveys a world of details and difficulties with one look. Putting her character under the same roof as her daughter develops the relationship, even in the shortest exchanges. Brief moments between the two highlight conversations that any adult mother and daughter can relate to at some time. Realness in how both connect stands as a testament to both actresses.

Much is expected of Evan Peters and he’s earned that reputation with some fantastic work. For now, the actor is playing a side character who hasn’t hit peak potential; whether he does so remains to be seen. His first scenes of the series place him much like viewers, getting the lay of the land in this town. There’s genuineness in his approach that makes anyone root for something more to be there.

In the same category as Peters is Guy Pearce, an actor who’s always a welcome presence. Pearce appears only in a handful of scenes among the first two episodes; as a visitor into this community, his character could be a mysterious figure or something more romantic for Mare. His presence as a love interest works; choosing to have the leading characters in something age-appropriate feels like fresh air. In a genre intent on placing mismatched couples together, this feels right. Once again, director Zobel and writer Ingelsby turn away from overt sex scenes, instead focusing attention to what the characters might actually be attracted to in each other. Looking forward, it will be interesting to see how both Peters and Pearce build on their roles; their presence as the story unfolds could manifest into an important factor as the show winds toward a conclusion.

One element ‘Easttown’ hints at is hidden motivations and mysteries involving local religious figures. Mare herself has a family connection to the local church. Early episode revelations provide glimpses at what could become serious matters. Not without repercussions, these points reach into the entire town’s core structure. Director Craig Zobel deserves full credit for his choices in presenting these topics. His selection in one sequence highlights the matter, without giving away the details. A moment of dialogue in a small church room signals possible malfeasance. It proves to be a contrast to the large main structure which just held an emotional ceremony; driving home the severity as well as the humanity at its heart.

The series requires a bit of patience at the onset, its first episode content with character development and world-building. While it might seem like ‘Easttown’ is spinning wheels, the constructs of introducing each player in this complicated puzzle is key. Think of it as your last good breather before this show takes off.

Keep in mind these initial episodes potentially give out red herrings that are sure to come back later, deducing which ones will matter merely guesses in the early stages. This is a mystery (or two) that will continue to hold viewers’ attention for an entire run. Just be patient, a rewarding experience is around the corner.