Skip to content
You are here
Home > Movie Reviews > ‘My Hero Academia: Heroes Rising’ Encapsulates Everything That Makes The Anime Great, And Everything Bad With Movies Based On Anime Shows [Review] 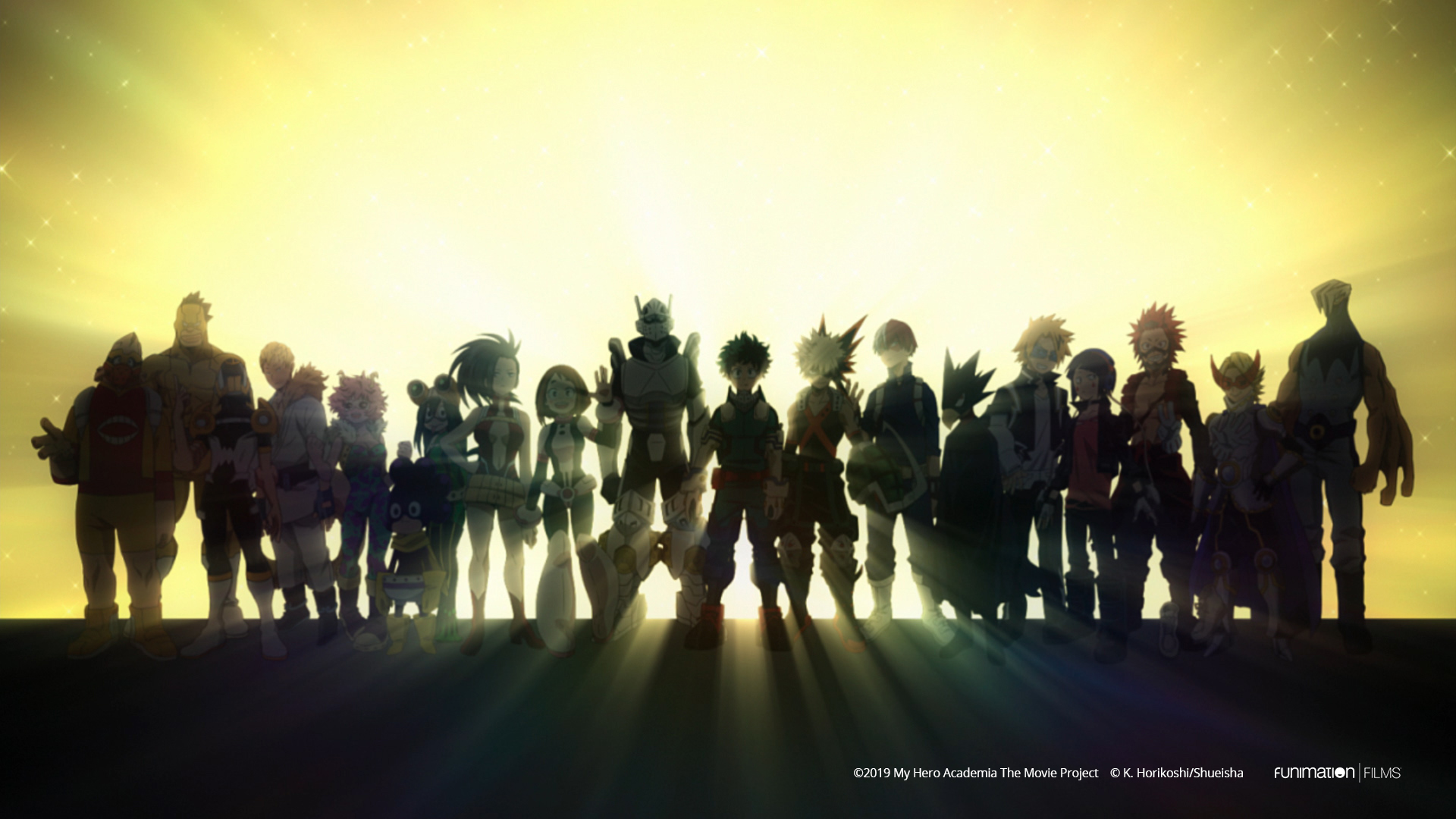 My Hero Academia is one of the most popular ongoing anime shows, and it’s easy to see why. The show appeals not only to anime fans, but to superhero fans (of which there are a ton today) by presenting a world where 80% of the world population has superpowers, or “quirks.” Because of this, supervillains are common, meaning that superhero has become a profession you can study for. For the uninitiated, the show is basically X-Men meets Sky High, and it’s great. There’s all the traits of a shonen, or YA show, with themes of friendship, believing in yourself, and also quite a lot of visually stunning action.

For its second feature film, My Hero Academia: Heroes Rising once again sends its main cast of high-schoolers to an island. Only instead of a vacation, they’re here to do actual, unsupervised hero work. Of course, this doesn’t last long, as a trio of villains show up wanting to steal the quirk of a little boy, leaving only the 1-A students of U.A. High School to save the island from being destroyed.

Just like the My Hero Academia series, Heroes Rising shines when it focuses on the characters. The first act of the film then becomes mostly a slice-of-life story as the kids do menial tasks for the islanders, like Iida carrying old ladies across the island with his superspeed, Kaminari powering up every battery on the island, and Todoroki making shaved ice cream. Newcomers will find this part of the film useful to get to know the characters (even though there’s not a lot of depth to their stories or personalities here), while longtime fans will find it refreshing to see the characters just enjoy life and have fun for a little while after everything they’ve been through in the show.

The focus of Heroes Rising lies mostly on Midoriya “Deku” Izuku and his longtime rival Bakugo “Kacchan” Katsuki, and the aftermath of their confrontation at the end of season 3 of the anime, following Kacchan’s discovery of the secret behind Deku’s quirk. Fans of Kacchan finally get their due, as everyone’s favorite bad boy hero-to-be gets to shine repeatedly throughout the film, showing not only his very explosive personality (that scares the people he’s supposed to be saving) but even how his incredible skills in battle actually inspires people around him, hinting at a promising hero career in his future. Though the film takes care to catch up newcomers on the important plot points, it pretty much assumes that you’re already invested in the characters and don’t need to spend time exploring motivations or backstories. But of course, what makes the film worth it to see on the big screen is the action, and oh boy, is there a ton of action in this movie.

If there’s one thing My Hero Academia excels at other than character relationships, it’s stunning action. Studio Bones has given us some of the best action anime of all time including the Fullmetal Alchemist adaptations, the Cowboy Bebop movie and Mob Psycho 100, but Heroes Rising is a clear step up from the previous My Hero Academia movie. For one, the action starts way earlier than in Two Heroes, as the villainous trio is seen attacking several heroes before even reaching the island where our heroes are. Likewise, the studio seems to have taken full advantage of the higher-budget and the bigger screen to make the action scenes seem epic in scope and rich in detail. Each of your favorite characters gets a moment to shine, from Kirishima to Uraraka, to Kaminari and Ojiro, they all contribute to the fight against the villains, and their quirks have never looked so visually striking. Then there’s the twist at the film’s climax, which changes the entire game for the franchise (even if it sadly gets magically swept away by the end, as it is norm in this kind of movie) and results in one of the most inventive fight scenes done by the entire franchise, and will have you on the edge of your seat with a huge smile on your face. As a plus, if you’ve ever wondered why the characters’ don’t really say the phrase “plus ultra” on the show, the film will more than satisfy your craving for U.A. High School’s motto.

It isn’t really necessary to have seen the show to understand the movie Heroes Rising, as it isn’t really canon to the main story and it even includes an exposition-heavy recap for newcomers. But the movie was supervised and co-written by the original manga’s creator, Kohei Horikoshi, who said that the events of the film take place after part one of the current season of the anime. This makes the film fall victim to the biggest issue with movies based on anime shows. Though the film only directly references events from season 3 of the anime, it premiered following a big story arc in the show, and it hints at some really important developments, including the introduction of a new villain society that will probably play a big part in the anime later on, further confusing the timeline. That the film isn’t strictly canon only undermines the huge twist in the film, and you would be forgiven for scratching your head in confusion, wondering what the point of it all ultimately was.

Likewise, the film’s story isn’t really that different from the first film, and the villain also seems to be simply a lazy copy of the anime’s main villain, All For One. He lacks any motivation beyond yet another “I want to destroy this hero-loving society” and even sports an eerily similar mechanical setup and mask.

My Hero Academia: Heroes Rising suffers from the usual problems faced by anime adaptations, in that its non-canonical status takes away from it feeling important, but it also serves to remind viewers (or introduce to newcomers) why this franchise is so popular to begin with. Even if character development is kind of thin, the film makes great use of the relationships between these characters to get some great banter out of them, and the action goes further beyond than we’ve ever seen on the show, with a final fight that begs to be seen on the big screen.