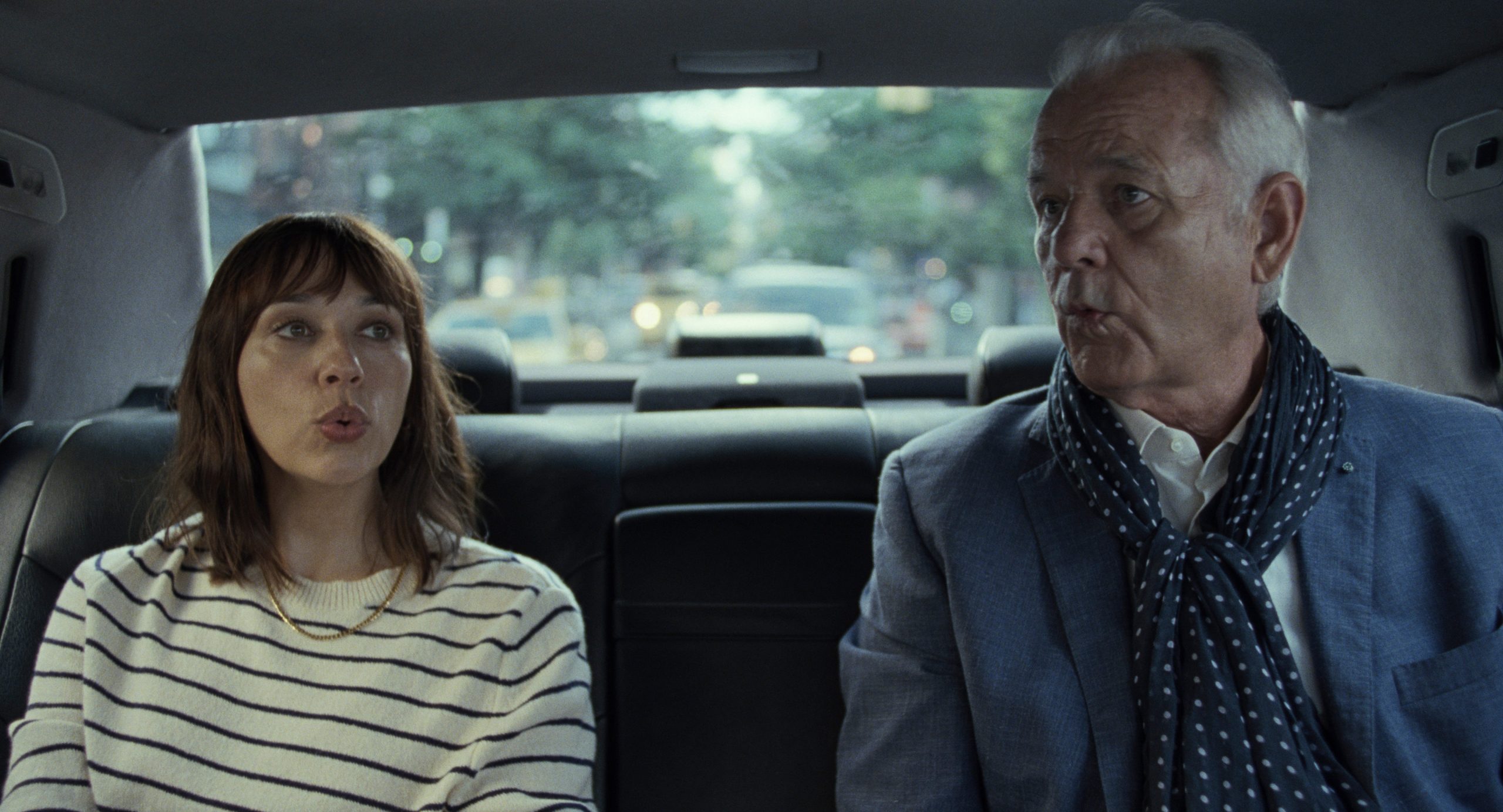 Apple TV+ and A24 has released the official trailer to their new comedy film, On the Rocks. Directed by Sofia Coppola, On the Rocks follows Laura (Rashida Jones), a New York mother and wife, who suspects her husband Dean (Marlon Wayans) is cheating on her. She then teams up with her father Felix (Bill Murray) to get to the bottom of things. Check out the On the Rocks official trailer and poster below!

On the Rocks Movie Poster:

On the Rocks Movie Synopsis:

A young New York mother faced with sudden doubts about her marriage teams up with her larger-than-life playboy father to tail her husband. What follows is a sparkling comic adventure across the city – drawing father and daughter closer together despite one detour after another. Acclaimed filmmaker Sofia Coppola brings a light touch to this blend of an exuberant love letter to New York, a generation-clash comedy about how we see relationships differently from our parents, and a funny celebration of the complications that bind modern families even as they tie us in crazy knots.

Laura (Rashida Jones) thinks she’s happily hitched, but when her husband Dean (Marlon Wayans) starts logging late hours at the office with a new co-worker, Laura begins to fear the worst. She turns to the one man she suspects may have insight: her charming, impulsive father Felix (Bill Murray), who insists they investigate the situation. As the two begin prowling New York at night, careening from uptown parties to downtown hotspots, they discover at the heart of their journey lies their own relationship.

Watch the On the Rocks Official Trailer:

On the Rocks will premiere on Apple TV+ this October. Be sure to share your thoughts on the On the Rocks official trailer in the comment section below!