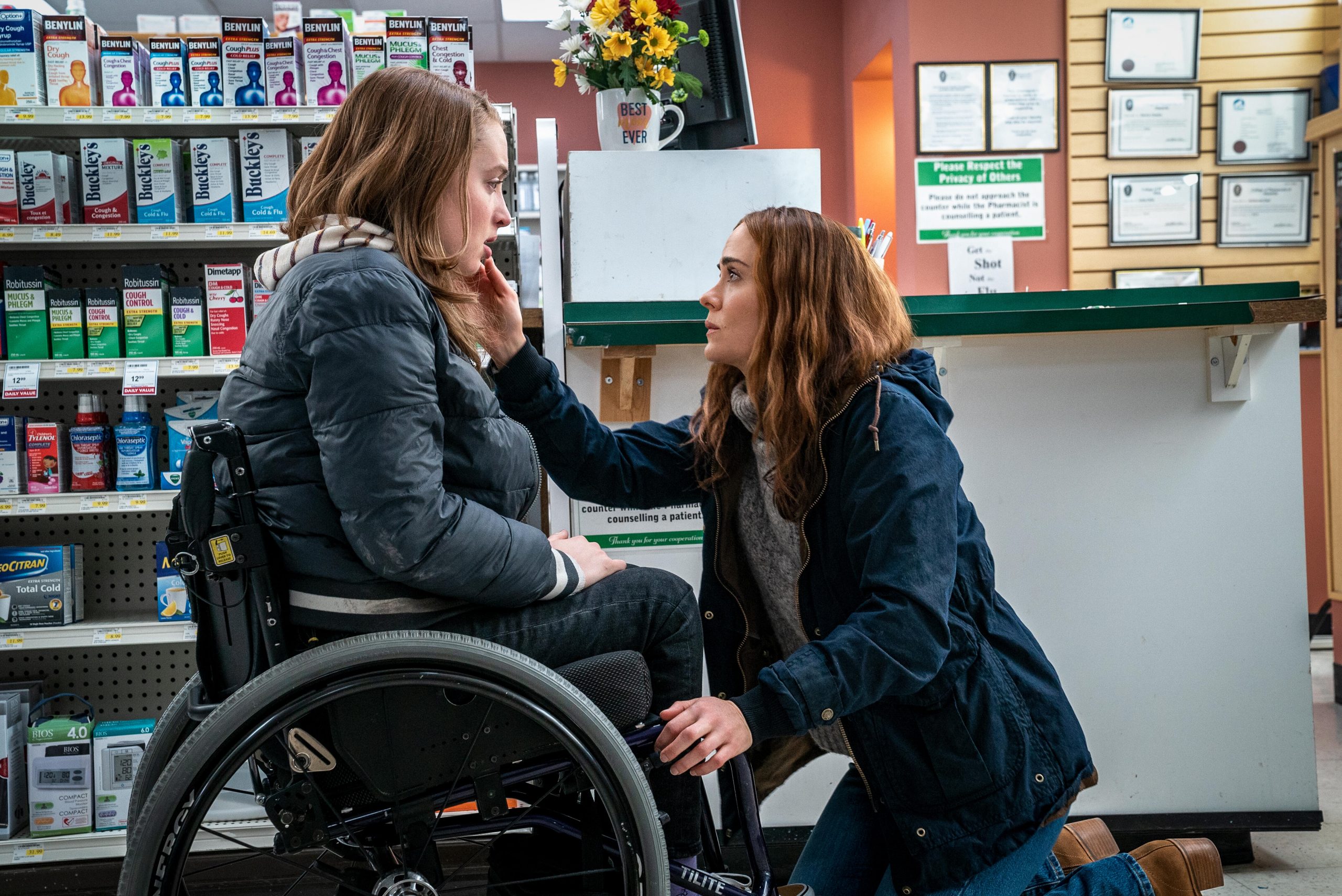 In 2016, a Buzzfeed News article titled, “Dee Dee Wanted Her Daughter To Be Sick, Gypsy Wanted Her Mom Murdered,” was being obsessively read by everyone I knew. I couldn’t find anyone on Facebook who wasn’t sharing it; I couldn’t find anyone on Twitter who wasn’t tweeting about it. It’s an insane and unbelievable horror story about a mother who made her daughter out to be gravely ill and scammed people out of money for her daughter’s “treatments.” Her list of medical conditions, according to her mother, was long – a list that could fill up a movie screen. It’s hard not to think of that case as Run begins with a list of a child’s afflictions. Both stories feel like some crazy shit you see played out on Unsolved Mysteries, but the mystery gets solved, and you have to try to wrap your head around all the details. Run is about a mother who would do anything to keep her daughter with her forever; a story that, in a way, feels inspired by the lives of Gypsy and Dee Dee Blancharde, but it’s also very different. Run is a thriller unlike any we’re used to seeing, as not since 1948’s The Sign of the Ram has one starred a real wheelchair user. In this film about the relationship between a single mother and her daughter, Kiera Allen, in her first feature film role, brings life experience as a disabled person to the narrative that could never be captured by someone who is non-disabled. This is a brilliant feat for the most underrepresented group in media, Aneesh Chaganty giving them their very own final girl. What this representation creates is a much richer story as we follow the shifting relationship between Diane and Chloe that turns into a horrifying battle of wills.

Chloe is an intelligent little inventor. But unlike most 17-year-olds, she has no friends, she’s never been to a regular school, she doesn’t have an iPhone, and she also needs a wheelchair. But she excels in her homeschooling, and like most soon-to-be graduates, she excitedly anticipates going to college in the fall – but those acceptance letters strangely never come. She’s under the constant care of a seemingly kind and caring mother Diane (played by Sarah Paulson), who makes it quite plain to others that taking care of Chloe has been a burden, but it’s nothing a mother’s love can’t overcome, especially one as strong as hers. The film takes a turn when Chloe finds mysterious pills prescribed to Diane. But that night, those pills are given to her and her mother makes it sound like Chloe was just mistaken about what she saw. But she wasn’t, she soon finds out. She begins to obsess over these pills. What are they? Why is her mom giving them to her? Chloe quickly pieces together that something isn’t right about her situation – that something isn’t right about Diane. Through lies, deceit, and gaslighting, Diane does everything she can to save her ass, to prevent Chloe from figuring out her most twisted, terrifying secrets. But she underestimates Chloe’s intelligence and persistence, with Chloe fighting breathlessly to find the truth no matter the obstacles she faces due to her confinement and disability.

Run brings to mind another horror-thriller about a character in a wheelchair held captive: What Ever Happened to Baby Jane? Both have a similar creepiness and suspense and are quite sad as these disabled characters have essentially been robbed of life. But the big difference between these films is that Joan Crawford’s character is portrayed as helpless, whereas Chloe has agency and Allen brings her to life in a groundbreaking performance. She’s a character who’s a wildly inventive superhero not defined by her disability. She’s multidimensional and badass and the kind of representation that’s been much needed. She gives the always fantastic Paulson a run for her money, even in a role that surpasses her characters in American Horror Story and Ratched on the psychotic scale. Paulson’s Diane makes your skin crawl as she watches Chloe’s every move in the shadows of their darkly lit kitchen – perhaps the most frightening shot of the year.

Run is a heart-pounding experience with a score by Torin Borrowdale that hits in the perfect moments to elevate that energy and the feeling of wanting to scream because of how stressful the narrative is. It also effectively executes many Hitchcockian elements like that of the domineering mother, much of the action taking place in a single setting, in its tension building, and especially the use of staircases to signal impending danger. It’s so much more than just an effective thriller – it confronts barriers and the absolute horrors of inaccessibility. Going back to the Hitchcock stairs motif, there’s a scene at the film’s climax where Diane and Chloe are met in the tensest moment with perhaps the biggest obstacle that someone who uses a wheelchair faces: Stairs. At this moment, they’re trapped. The ramp is too far to get to. Many may not think much of this scene at first, but it portrays real anxiety and panic that no non-disabled person will ever understand. That’s the power of representation that more films should have, and Run sets the standard.