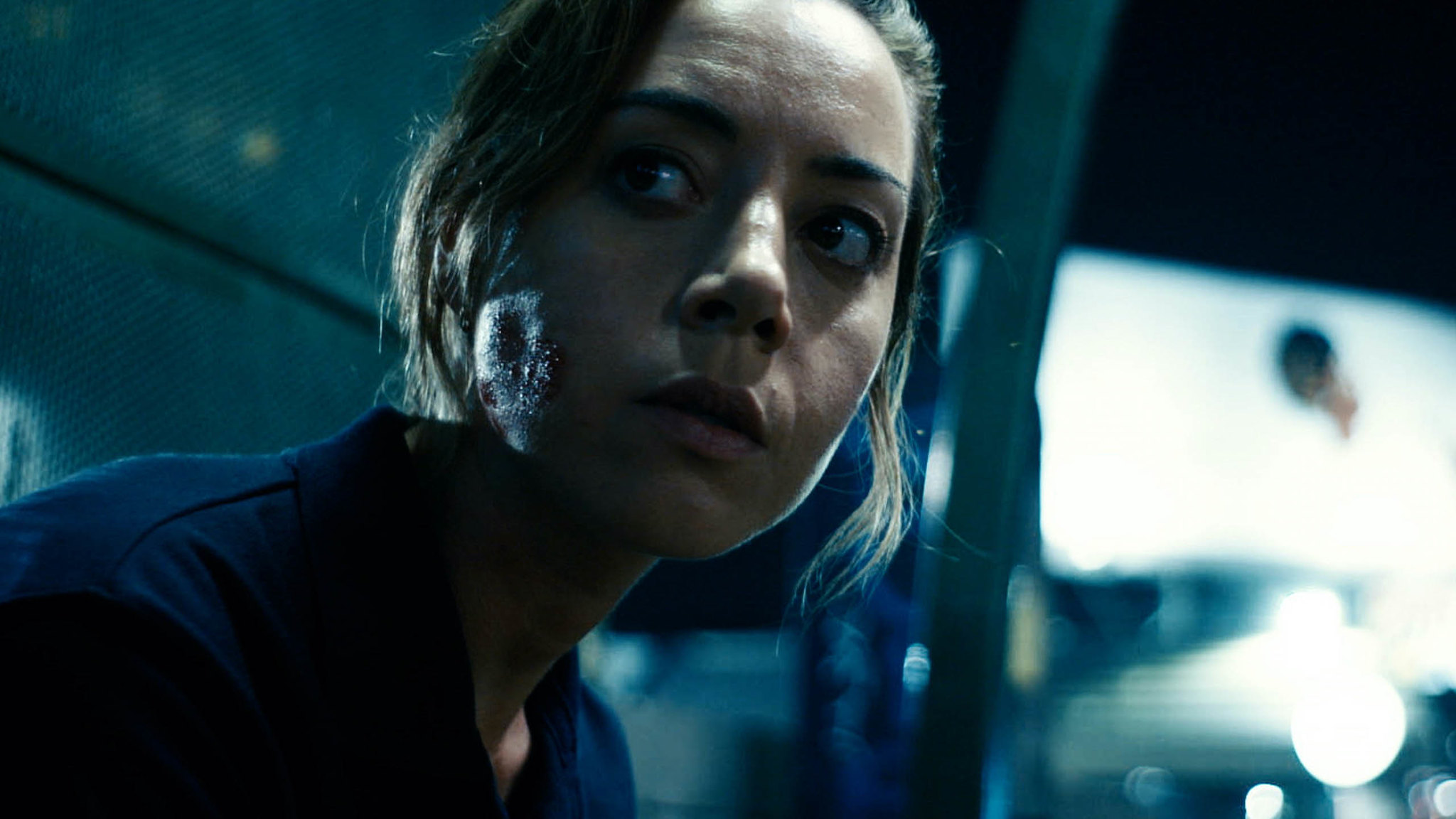 Living in the United States of America, everyone discusses one topic sooner or later: student debt and its massive ramifications in adulthood. In John Patton Ford’s brilliant heist drama Emily the Criminal, the audience gets to see what happens when you throw your morals out the window and do whatever it takes to pay your dues. Aubrey Plaza delivers a character-driven performance as the titular character that unquestionably is another picture that establishes her as a formidable actress.

Emily (Aubrey Plaza) is in a situation with, perhaps, no way out. While the bills mount and the monstrous student debt accrues interest, the Los Angeles resident is unable to find a permanent job due to a DUI and a criminal record for aggravated assault. The woman’s mistakes as a young adult follow her wherever she goes. It manifests itself in Emily’s daily life—she is unlucky in her job search, roommates, or countless job interviews. But how can one make good money in a short period of time? Unfortunately, the answer is most likely, “illegally.” Emily begins to consciously commit credit card fraud after getting in touch with an expert, Youcef (Theo Rossi). Emily purchases the product and resells it for cash. However, the unusual “job” soon draws her into the criminal underworld of Los Angeles, eventually leading to catastrophic outcomes.

One cannot truly express the genius behind Emily the Criminal without instantly mentioning Aubrey Plaza’s superb acting. The actress, who previously starred in Ingrid Goes West or Black Bear, truly becomes one with a resigned woman who doesn’t see the point in life. Emily is educated, in her 30s, an aspiring artist after professional school, and simply fed up with the system set up for all to fail. Her frustration and hopelessness soon lead to her doing the undoable. The premise of the film is rather personal and hits close to home. Millions of Americans face the colossal amount of student loan debt just as they enter adulthood.

We understand Emily and, perhaps unconsciously, cheer for her as a result of it being so relatable and empathetic. According to the known definition of a “superhero” term, Plaza’s character is an anti-hero, if not a villain. The woman commits a crime by creating fake credit cards and stealing identities. However, it’s not the most crucial to the viewer because we feel her frustration and desperation.

The film’s style is conventional and ordinary; the background composition doesn’t entice, but It perhaps represents Emily and her current state of mind. Aside from that, the production design reflects dark hues, mostly bland tones. It all screams “hopelessness” and influences the audience. The viewer is left with a familiar impression as a result of the choice—perhaps it’s the said personal relation to the subject. In terms of plot, the heist drama is fast-paced, edgy, and brutal. Those who are familiar with the Los Angeles area will appreciate the location and all of the city’s nooks and crannies showcased. John Patton Ford often changes course and surprises the audience with new elements. The character takes us to peculiar places and never lets us get bored. Is it, John Wick? Is it Emily the Criminal? Whatever the case may be, the film speaks for itself and demonstrates its worth.

Every aspect contributes to the film’s greatness: the plot, script, direction, and the incredible and tension-filled performances of Aubrey Plaza and Theo Rossi. However, the film is more than that. It’s also a bleak story about a broken system that’s often designed to see us fail, about a woman’s psyche who decided enough was enough, and about the Los Angeles scene. With Aubrey Plaza in one of her best roles as a lead, the film evolves into a social commentary that may spark further debate. Also, keep in mind—no unpaid internships!

First Clip Revealed for Nancy Drew and the Hidden Staircase