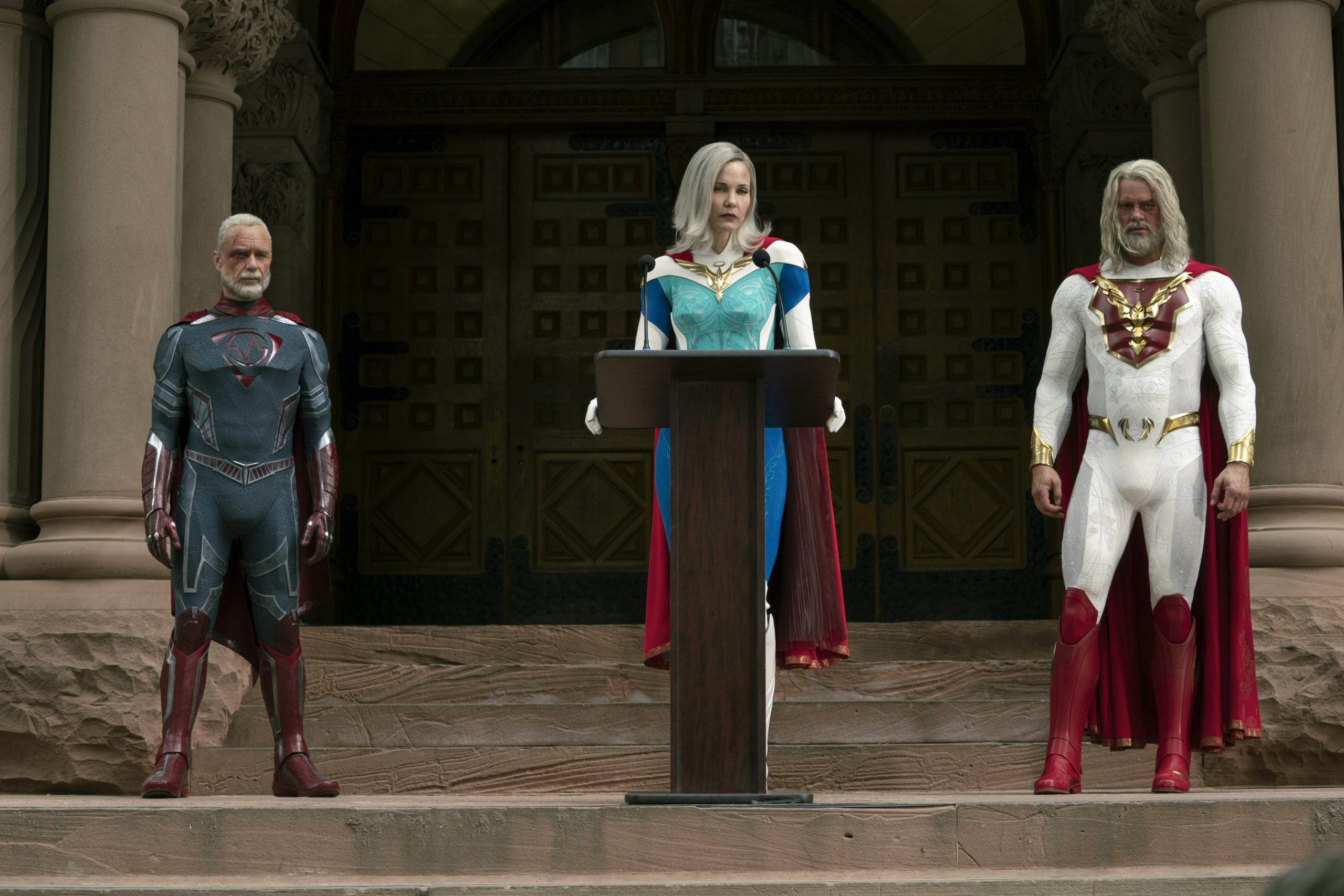 We’ve reached a point where no matter your taste, there’s a superhero show out there for you. Do you want gory satires that deconstruct the meaning of a superhero? Watch The Boys. Do you want an action thriller? Watch Falcon and the Winter Soldier. Want an animated meta-comedy? How about Harley Quinn? Now, Netflix is dropping their second foray into the superhero genre with Jupiter’s Legacy, a show that hopes to combine superheroes with family drama a la This is Us. Sadly, it never reaches either the excitement of the superhero genre or the emotional heights of the NBC drama.

In the 1930s, a group of men and women gain superpowers and decide to form The Union, the show’s answer to the Justice League. They are led by Sheldon “The Utopian” Sampson (Josh Duhamel) and his wife Grace “Lady Liberty” (Leslie Bibb). They’ve defended the world for decades while following Utopian’s strict code never to take a human life or use their powers to guide governments. In the present, The Utopian’s kids are struggling to come out of their parents’ shadows and face a world that is not as black and white as their parents think it is. As new evil arises, the Utopian’s code is called into question when his son Brandon “The Paragon” (Andrew Horton) kills a supervillain in combat to save his friends and family.

Just like This is Us, the latest superhero show plays out in two different timelines, as Jupiter’s Legacy jumps back and forth between past and present, using the events of one time to comment on the other. Sadly, this ends up being more of a distraction, as there doesn’t seem to be as coherent a connection between the two stories as the writers seem to think there is. The flashbacks end up feeling rather derivative, as there’s little that separates them from any other superhero origin story we’ve seen play out before. Though the present story is more dynamic, it still suffers from a lack of focus. After the initial episode and incident paints Brandon as a protagonist, he and the rest of the Gen Z heroes kind of just disappear from the show until the big finale.

Though the show spends a lot of time in its initial episodes building up its central struggle between the two generations, and its commentary on the Golden Age of comics sounds good on paper, Jupiter’s Legacy never really knows what it wants to say or how to present it without sounding tone-deaf. Spending entire episodes arguing that maybe it’s not a bad idea that superheroes start killing people because the villains are playing dirty now — and worse yet, have cops be the ones to support and encourage the heroes to start executing villains — plays out as incredibly tone-deaf in 2021.

For a show about superheroes, Jupiter’s Legacy also looks shockingly cheap. What little fights we get — because the fights are very few and far between for a superhero show — don’t look much better than something on The CW. This applies not only to the special effects and creature designs but to the extensive use of aging makeup used on the Union characters during the present-day scenes, which look obviously fake and even distracting most of the time.

Where the show does shine, however, is when it focuses on the standout character of Chloe (Elena Kampouris), the daughter of Utopia overwhelmed by the pressure of being the daughter of the world’s greatest hero. Kampouris plays the character with sympathy and nuance, and her story ends up the most complex and interesting, especially once she starts dating the son of the world’s greatest supervillain, Hutch (Ian Quinlan). The way their story crosses over with the main story in the last episode hints at a better future for the show, even if it does seem like too little, too late.

Some of Jupiter’s Legacy’s problems can be attributed to the departure of showrunner Steven S. DeKnight halfway through production, but whatever the case might be, the result feels too much like other, much better superhero shows, with just a handful of shiny spots that hint at something better.