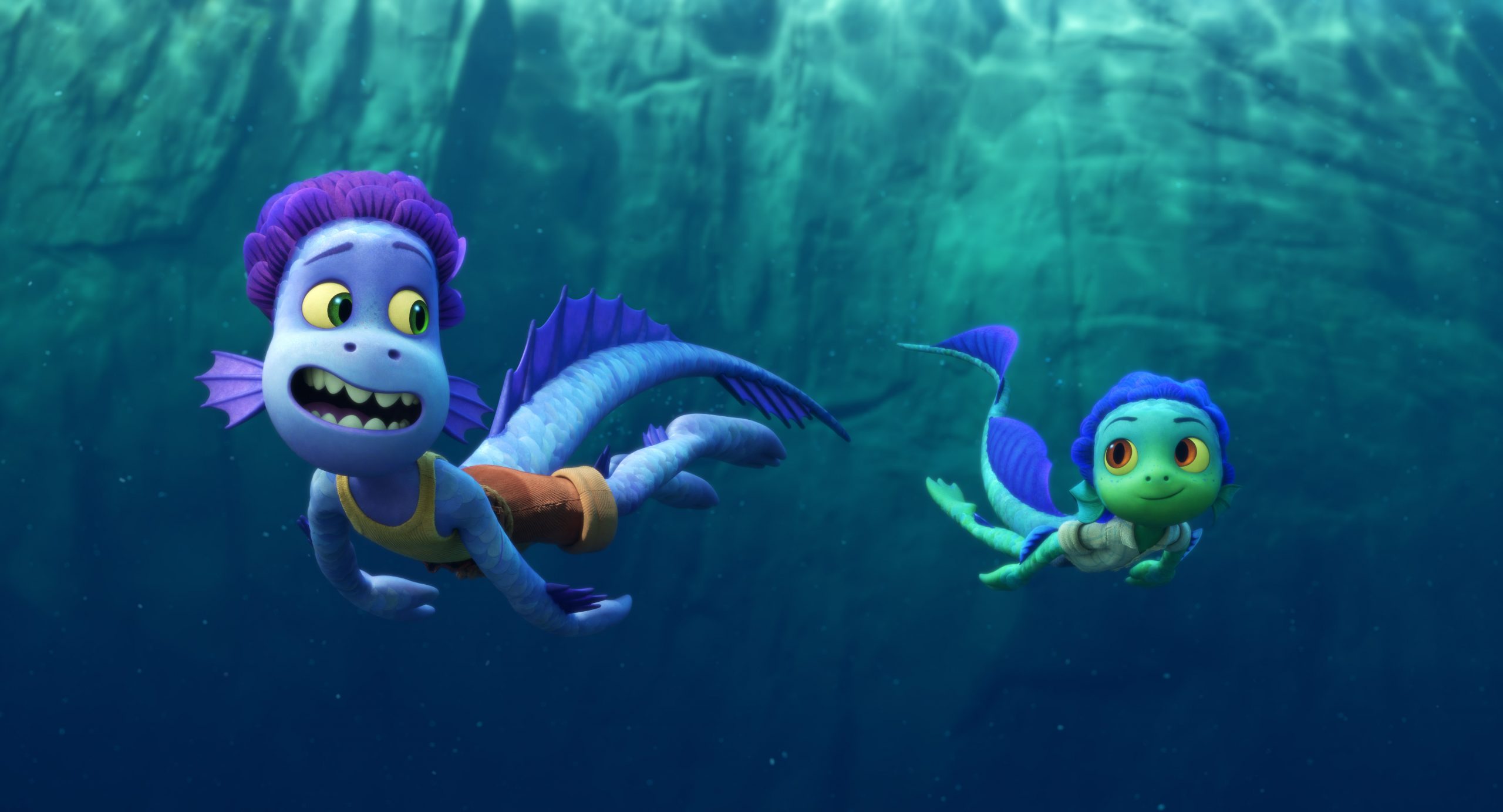 Luca, the latest animated film which will stream on Disney+, centers around a coming of age story  that takes place in the amazing backdrop of Italy. I had a chance to attend a discussion with the stars of the film Jacob Tremblay (Luca), Jack Dylan Grazer (Alberto), Emma Berman (Guilina), Maya Rudolph (Daniela), Jim Gaffigan (Lorenzo), director Enrico Casarosa, and producer Andrea Warren moderated by Guiliana Rancic. The group discussed what it was like bringing this amazing story of friendship Luca to Disney+.

When asked about how his childhood inspired Luca Enrico responded, “I was born in Genoa, which is this poor town right on the Riviera. And I was a shy kid, a little bit sheltered by my family. And when I met my best friend at 11, my world opened up. He was a bit of a troublemaker; he didn’t have a whole lot of supervision. And so, in those special kind of summers when you’re growing up and kind of finding yourself, I was kind of following him and getting dragged into, troubles. And it really made me really think about how much we find ourselves with our friendships, or how much friendships help us find a bit who we wanna be. And those days of summer on this wonderful, uh, coastline-it’s a very specific coastline. It’s rocky, there’s, like, mountains and sea. So, it’s just kind of a-most towns are really hanging on for dear life on rocks, and then there’s a lot of cliffs.  So, I kept on thinking about the literal and the metaphor of someone who pushes you [LAUGH] off a cliff.  And you know, a lot of, um, there was a lot of diving into these beautiful waters when I was a kid.

Luca is a family with a lot of heart as it explores  friendships and believing in yourself. When asked about what was important for the team to convey in Luca Andrea replied, “It’s amazing to have such a wide audience around the world, and we do think a lot about the messages that are in the film. And, you know, for me, that notion of the meaning of friendship, you know, really resonated. And I think they are a few really beautiful themes in the film. One being sort of Silencio Bruno, and how we all have these inner critics. And how you sort of overcome that sense of doubt. And, you know, we always-Enrico and I keep saying, you know, you surround yourself in life with some Albertos. Um, but, you know, I think that-I hope that some of those messages, you know, really reach the audiences, and especially reach kids.

Jacob Tremblay does an amazing job at bringing the voice and character of Luca to life. When asked about why Luca is so fascinated with the outside world Jacob said, “I think it’s something to do with, his curiosity and, you know, he wants to explore what’s off-limits, even if the humans, you know, they’re-they’re fine and they’re, like, sea monsters and humans are cool with each other. But, uh, yeah, I think that his parents are-are very, very strict and they wanna-they wanna protect him.

Alberto is so different different from Luca and when asked about their differences Jack replied, “Alberto definitely has got no restrictions.  And he’s so eager, and he’s so yearning to explore and fulfill all these-these fantasies and-and curiosities that he has.  And I think that he’s a huge part in inspiring Luca to go to Portorosso to get the Vespa.

One of my favorite sayings from the film is Silencio Bruno and when asked why its important for all of us to hear Jack replied, “I think it’s one of the most crucial things you could ever learn in your life. It’s just, like, the elimination of doubt. I-I’ve-I-I got rid of my Bruno [MAKES NOISE] eons ago. I haven’t had a Bruno for years. I myself have always been a really impulsive decision maker.  Like, I don’t like to think about the two ways that things could go.  There it’s terrible, or it could be wonderful.  And I choose not to think long enough about the thing to think about how terrible it could be.  And it might end up being terrible decision, but I’m hoping for wonderful.

Luca is a beautiful story about believing in yourself and the power of friendship that everyone at any age will enjoy. Luca will hit the Disney+ streaming platform on June 18, 2021 and is a definite must see show for the entire family!

‘The Mitchells vs. The Machines’ Is A Triumph For Netflix