Skip to content
You are here
Home > Movie Reviews > TIFF Review: Hirokazu Kore-Eda Hits You in the Heart Once Again With ‘Broker’ 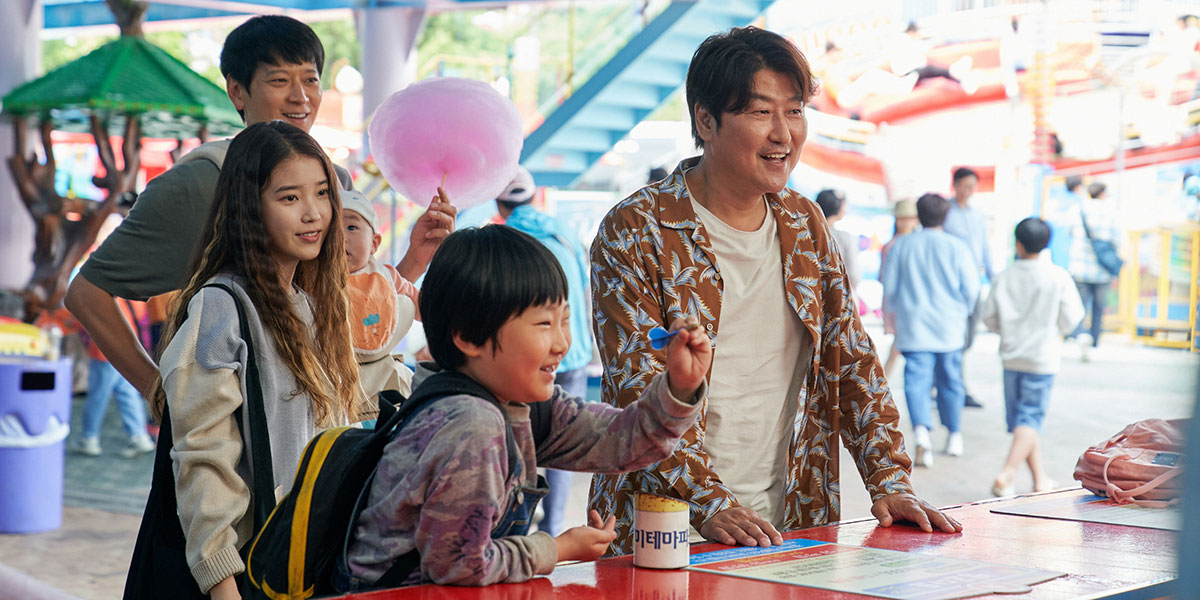 Hirokazu Kore-eda knows how to touch us to our core, and he does once again with Broker. The Japanese director makes a seamless transition to South Korea with an empathetic and touching crowdpleaser about unconventional bonds that form under strange circumstances. It’s Kore-eda doing what he does best, with children and childhood grounding this story of found family.

On one rainy night, a woman named So-young (Lee Ji-eun ) climbs up the steps towards a church. With every step, she seems to want to be moving further away than closer to it. But she doesn’t know where else to turn to keep her baby safe. She leaves him near the church’s “baby box” with the promise of coming back. No one ever does, something that Dong-soo (Gang Dong-won) knows well as his mother left him on the steps of an orphanage with the false promise of coming back. He works at the church, but partners with laundry business owner Sang-hyeon (Song Kang-ho) on off hours to sell these children to desiring parents who are unable to conceive and don’t want to go through the lengthy adoption process. What these brokers don’t know is that the police are onto them and are hoping to nail them for child trafficking.

What the men couldn’t have predicted too is that the mother actually does come back, making things more complicated for them. So-young wants her child to have a better home, so she agrees to work with them. The process of trying to find her child a home turns into a family road trip of sorts, with the two brokers and So-young forming a heartwarming bond. It gets especially sweet when a little boy named Hae-jin (Im Seung-soo) stows away in their van after a visit to Dong-soo’s old orphanage. In the midst of all this, So-young’s past catches up with her as she becomes a suspect in a serpentine criminal investigation. There’s a lot going on already with the central plot that adding even more to the narrative could have completely derailed it in the hands of any other screenwriter, but Kore-eda expertly intertwines it all.

The film acknowledges that what we’re seeing is the forming of a very unconventional family, but it’s the kind of family each of the characters need. It’s hard raising a baby alone, but it doesn’t justify throwing him away, the brokers say. So-young retorts by saying that selling him isn’t justifiable either. As this relationship progresses and their trust in each other builds, they each begin to understand that they are on two sides of the same coin. The film is especially empathetic towards why a mother would make such a tough decision. The police, hot on their heels, even begin to question their own judgments, making the audience rethink their own.

Broker’s ending may be too open-ended for some, but it doesn’t cloud its overall message. Brimming with emotion, emphasized by a tranquil score, the film explores each character’s connection to children, childhood, and how it guides the narrative. So-young’s own connection is, of course, with her child that she’s trying to set up for a better life; Hae-jin is a child still waiting for a better one; Dong-soo was once the baby they are trying to sell; Sang-hyeon is a father with a broken relationship with his daughter. Knowing all of this makes it incredibly heartfelt to see each character taking care of So-young’s baby like it’s their own.

It is a strange family, but sometimes it takes more than blood to forgive others and forgive yourself. If anything, Broker demonstrates how difficult yet powerful it is to make the necessary sacrifices to protect those we love.