Skip to content
You are here
Home > Movie Reviews > TIFF Review: ‘Triangle of Sadness’ Is an “Eat the Rich” Satire That Cuts Deep 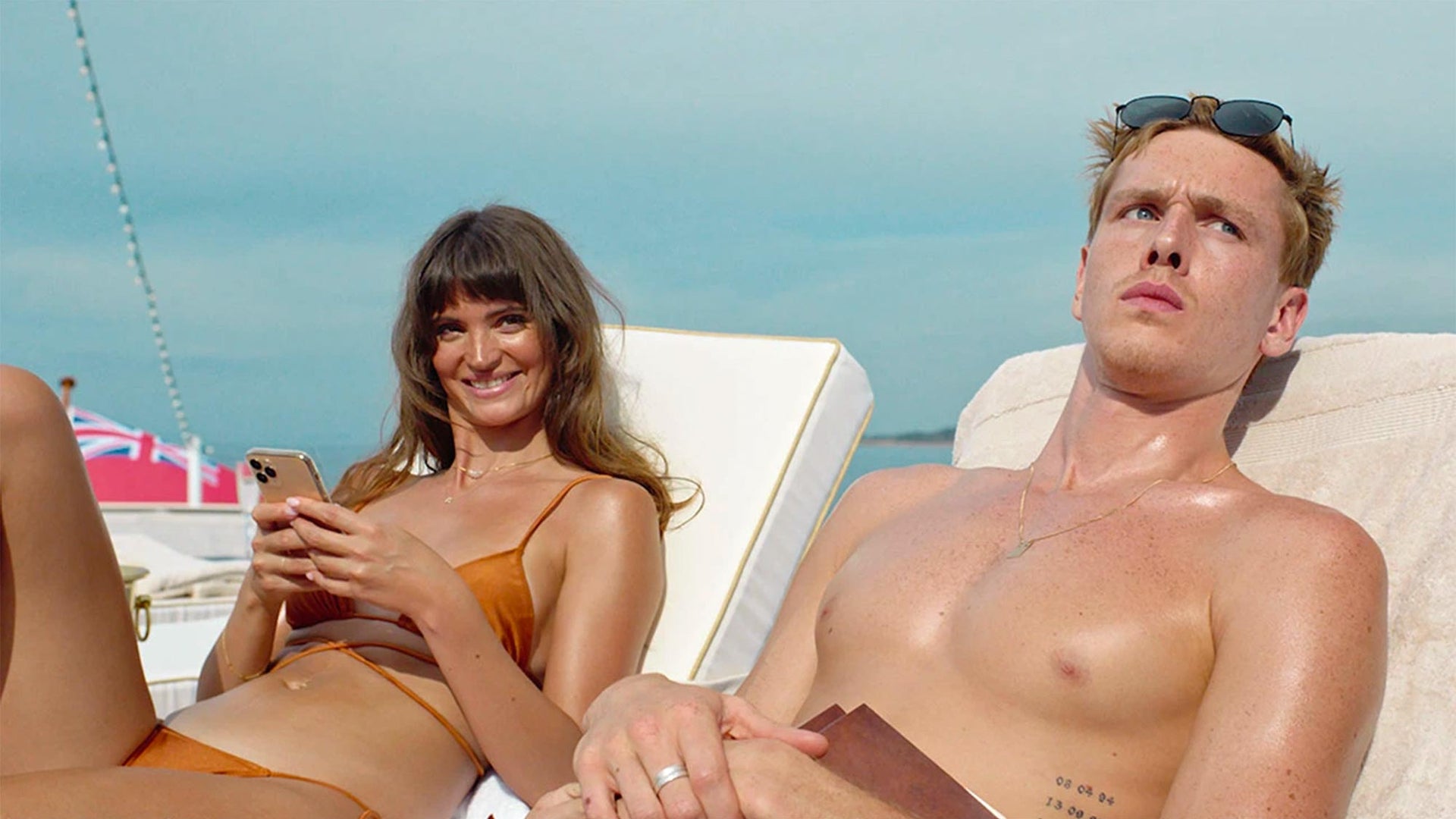 Ruben Östlund’s Triangle of Sadness is a brilliant, wickedly funny dissection of ego, materialism, social hierarchy, and conventions. It’s a near-perfect satirical work with a fantastic ensemble cast that turns the tables on society’s upper class. In Östlund’s latest, greed is at the forefront. It leads to the downfall of the film’s characters in a work that shows rich accountability as anything but futile.

The film is divided into parts. The first is to introduce our leading couple, Carl (Harris Dickinson) and Yaya (Charlbi Dean). We find this male model and influencer duo in the middle of an argument about money – what else? Most of the time the audience spends with them they’re arguing, but their conversations are never not endearing. In fact, they speak a lot about dating in 2022. Women and men have always held specific roles. For example, the man has to pay for dinner. So, of course, Yaya expects this despite having said she would take her turn. As a male model, Carl doesn’t make very much money, with Yaya carrying the heaviest wallet. Carl wants her to chip in, but Yaya doesn’t believe it’s her role to do so, leading to her accusing Carl of being “obsessed with money.” Money, success, and gender are all tied together and favor men, so Yaya having that over Carl is one of the film’s many clever subversions and speaks to male insecurity. The main draw of Triangle of Sadness is the impending disaster, and while it takes a bit to get there, these two stars on the rise are a pleasure to watch. Dean’s warmth is an excellent match for Dickinson’s charm. The actress’s star faded much too quickly, having passed away before the film’s TIFF premiere, and you can feel that loss through her performance.

Fast forward to Carl and Yaya receiving free tickets for a luxury cruise, captained by a drunk who refuses to emerge from his quarters (played by Woody Harrelson in a role much too short). The young couple doesn’t belong among the older guests, though. Most are either born into wealth or are businessmen who have made their wealth from selling everything from manure to hand grenades. One woman born into wealth speaks like everyone is equal, showing how their pedestal is so high up that they become disconnected from “ordinary” people. There are many observations to be made about the dynamic between the yacht’s crew and the guests. The crew is just as obsessed with money as the wealthy, but much more desperate for it. There’s an interesting scene where the same wealthy guest who spoke of class equality disrupts the staff’s daily routine because she wants them to go for a swim. Despite this being against policy, one crew member’s back and forth with the guest shows how difficult it is to say no to people whose pockets are lined in gold.

The film’s premise about a group of rich folk getting stranded on an island together after their cruise sinks sounds like a scenario ripe with chaotic hilarity, and it sure nails that expectation. The film’s comedy hits high tide when the ship runs into a storm, causing the guests to succumb to sea sickness. The camerawork skillfully creates the effect of rough seas, with practical effects like a swinging chandelier adding to this detail. Unsuccessfully keeping down their caviar, the rich who swim in abundance now also swim in their own filth. It’s a real shit show, literally. Then, the ship goes down in an excellent bit of irony – worth savoring by watching the film itself to avoid spoiling. Those who survive get stranded on an island, but their money, power, and influence mean nothing when it comes to survival – and they’re useless at it.

Triangle of Sadness gives power to the working class, with Dolly de Leon delivering an especially scene-stealing turn as Abigail, a member of the ship’s cleaning staff. Watching the wealthy squirm at having to stroke someone else’s ego, and seeing a matriarchy bring the patriarchy down to its knees, are some of this year’s most satisfying bits of screenwriting. Östlund is forthright with his satire, knowing exactly what he wants to say. It’s an assuredly constructed battle of class warfare that cuts deep. The words “eat the rich” are carved into its blade.

All the Money in the World Movie Review