Skip to content
You are here
Home > Movies > Wish Upon: A Kidz Bop Take On Final Destination 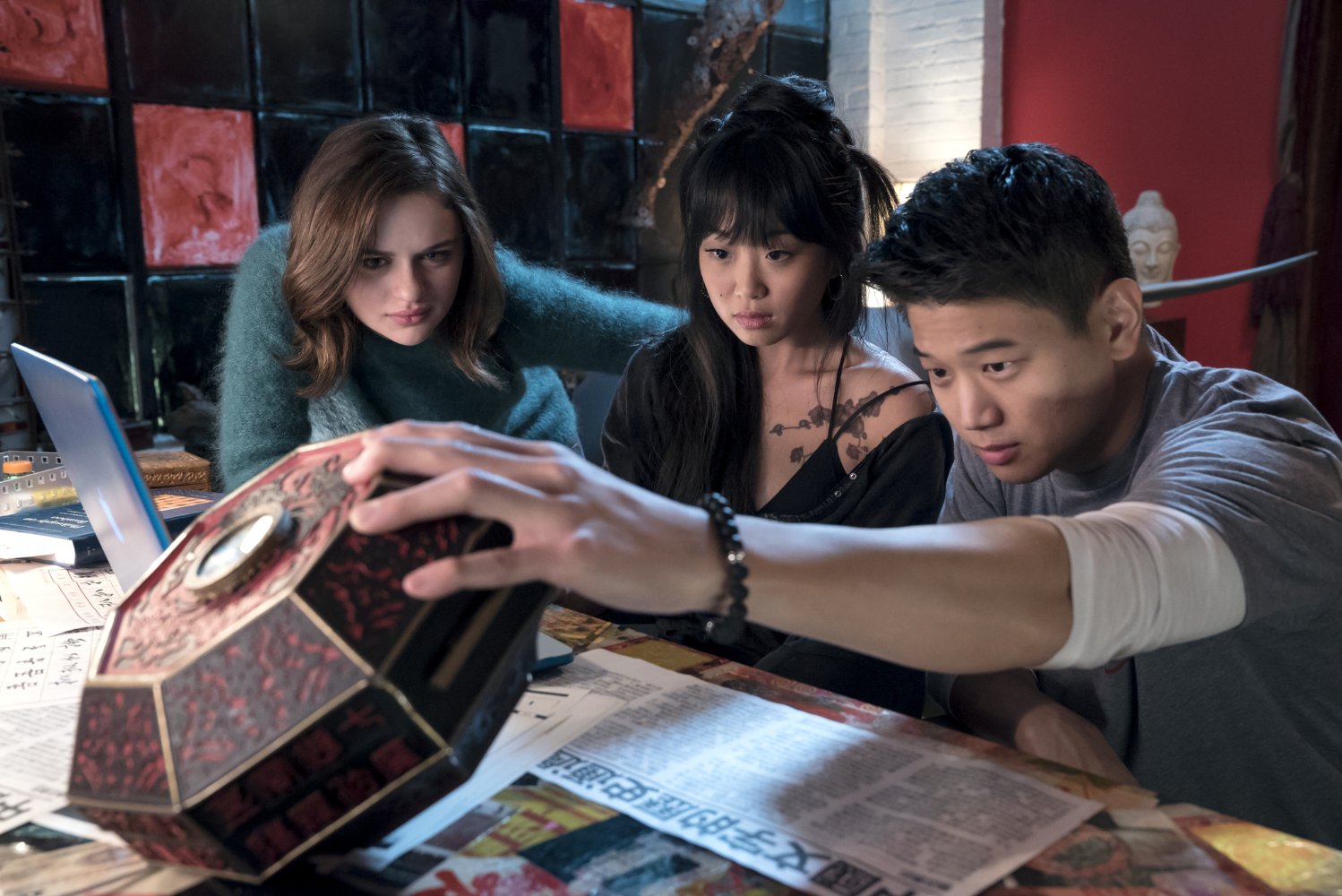 Wish Upon centers around Clare Shannon (Joey King), a not so popular teenager, who receives a music box from her dad Jonathan (Ryan Phillippe). Clare is having a hard time dealing with her high school life and as any teenager does she wishes her life would take a turn for the better. Clare begins to see that some of her wishes begin to become true and life gets a little better. The only issue is, people who are close to her have mysterious deaths, and she realizes the music box may have played a part in it.

Wish Upon does well on providing the typical teenage drama that would occur if you gave a teenager seven wishes. Clare’s character comes off somewhat annoying when you see the ridiculous things she wishes for. I did enjoy that Clare had somewhat of a backbone when it came to standing up to bullies in school compared to other teenage films. I enjoyed one of her best friends Meredith (Sydney Park) in the film, as the no-nonsense bestie who speaks her mind and provides some funny lines in the movie.

The acting in this film is surprisingly good for a teenage thriller it’s not Oscar worthy but definitely better than you would expect. One of my main issues with the film, however, is the marketing that this is a horror movie. This movie is better suited as a thriller since you are never truly scared but more in suspense as you try to figure out who’s life the music box will claim. There is no real blood and gore as the deaths happen and you never even get to see the demon that everyone mentions during the film.

I overall enjoyed this movie since it was not as bad as I thought it would be going into it. I would say this film is more of a Kidz Bops meets Final Destination mixed with some teenage drama. I think this movie could have been better if it truly stuck to more of a horror genre and provided the audience with the scares we actually wanted. I will have to recommend if you’re not a teenager that you WAIT to see this film. This is better suited for a RedBox night when you have nothing else better to do.

Have you seen Wish Upon? Share your thoughts on the film below in the comment section. Wish Upon hits theaters this Friday, July 14th. Make sure to click here to purchase your tickets at Fandango.

4 thoughts on “Wish Upon: A Kidz Bop Take On Final Destination”