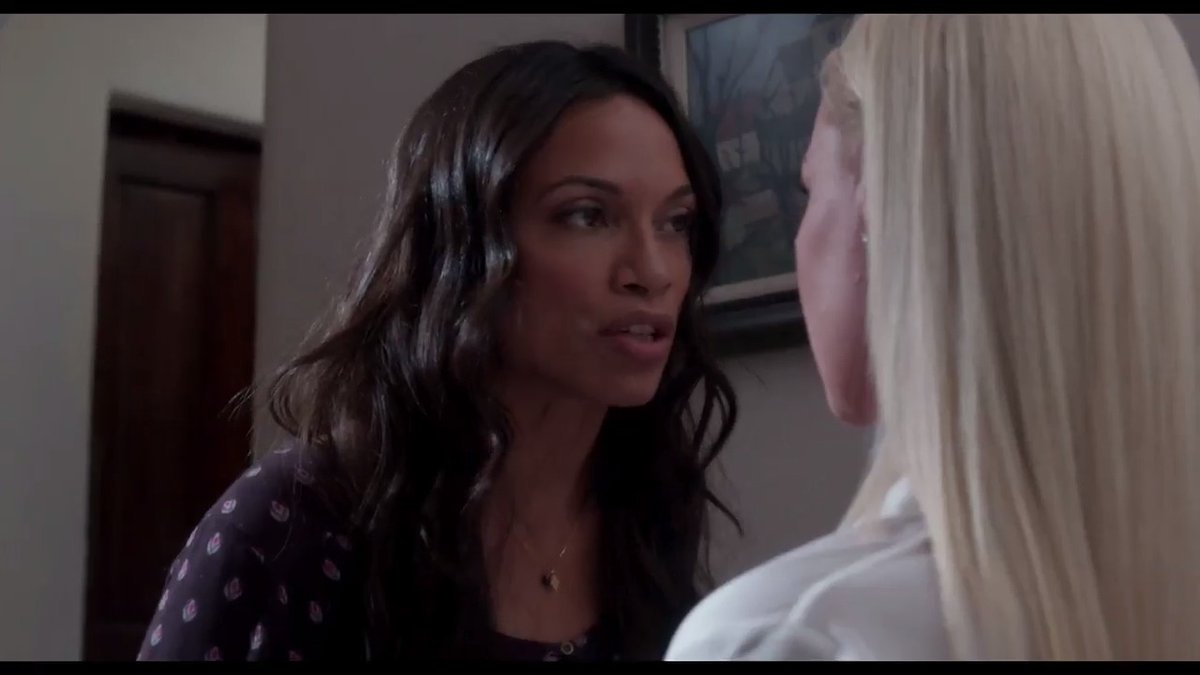 Unforgettable tells the story of a woman, Julia Banks (Rosario Dawson), who falls in love with a new man David (Geoff Stults). As their relationship gets serious, she moves in with David and his daughter Lily (Isabella Kai Rice) and soon meets his ex-wife Tessa (Katherine Heigl). Things seem to go well with Tessa during their first meeting, but as we know all good things come to an end.

When I first saw the trailer for this film, I thought to myself,  who keeps giving Katherine Heigl movies roles? Katherine Heigl has been out of the spotlight for quite some time due to her diva image behind the scenes. So when I saw she was co-starring in this film I was shocked. Katherine does a great job in the film playing the cold-hearted and very unstable ex-wife. Her character is uptight, stylish, and gives the perfect resting bitch face.

Julia tries her best to make things work with Tessa for the sake of her relationship with David, but Tessa’s antics prove quite too much for Julia to ignore. From then on, we are taken on a ride to see how far Tessa will go to tear Julia and David apart. Rosario Dawson does well in this film portraying the insecurities one may be feeling stepping into this type of situation. One issue I did have with her character was she was way too nice to Tessa after she began to cross the line.

Because this type of film has been made before, I wanted them to push the envelope more than other movies have done in the past. The acting surprisingly was good, but to me, the film became unrealistic to me due to the reactions of Julia in the film. When we get to the climatic fight scene between Julia and Tessa, I felt as though I was watching a catfight on The Jerry Springer show. This woman has violated you and your relationship in ways that one could not even fathom and that’s all you have to give at the end?

Overall, this movie wasn’t horrible but it was boring. To be honest with you, I was so bored that I would have rather watched Obsessed again. (Shocking right?) With the movie industry recycling old movie plots one after another, it makes you wonder have they run out of original ideas? I would recommend you WAIT to see this film for a Redbox night.

Unforgettable hits theaters on Friday, April 21st. Want to see this movie for yourself? Purchase tickets now at Fandango.  Have you seen Unforgettable? Share your thoughts on the film in the comment section below.