Skip to content
You are here
Home > Movie Reviews > Wolfwalkers Review: The Best And Most Beautiful Animated Movie Of The Year 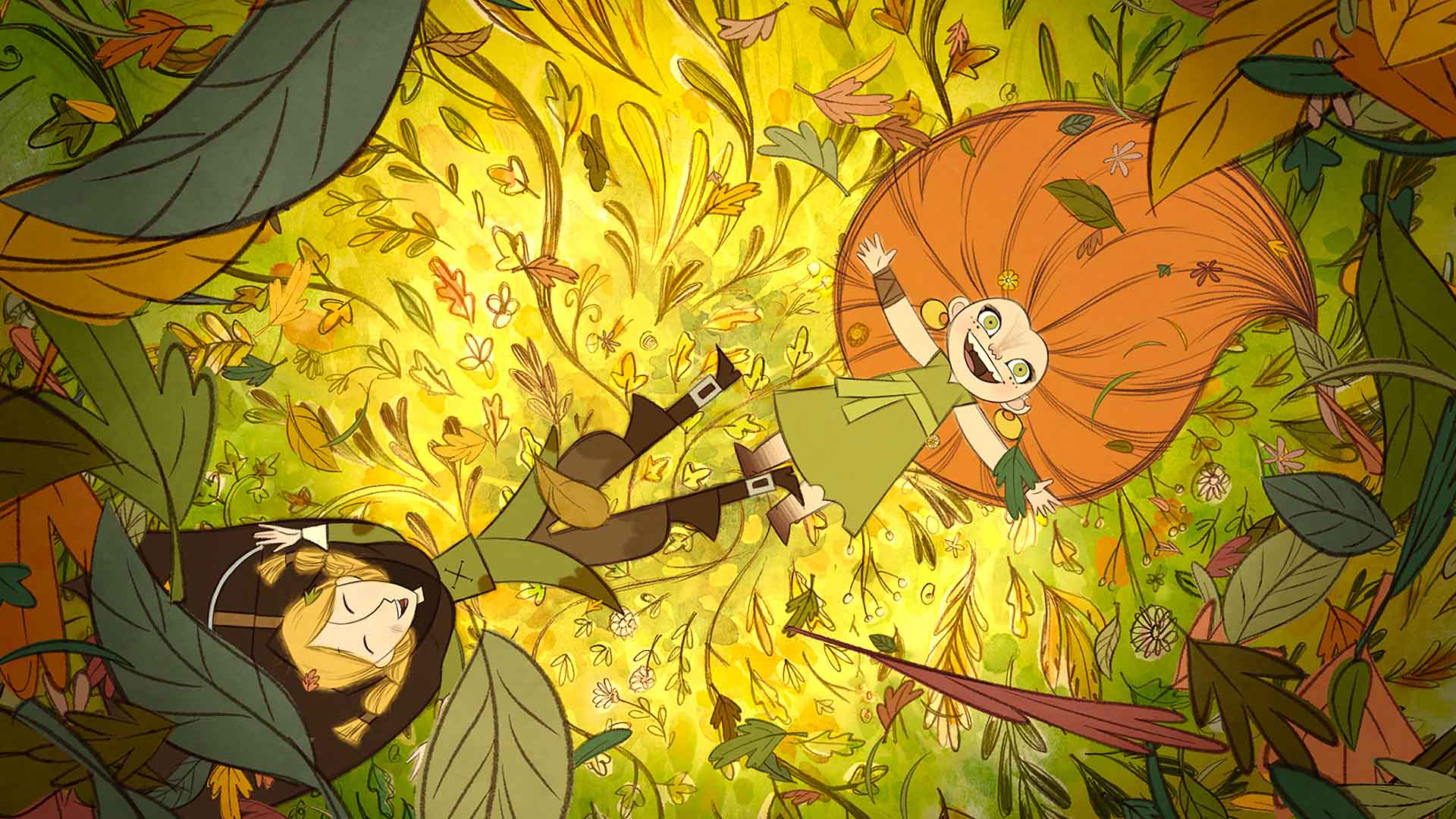 The search for the next Studio Ghibli is neverending. Though the answer is not one you can pinpoint easily, the latest film from the acclaimed Irish animation studio Cartoon Saloon, Wolfwalkers, feels like a strong contender.

Taking visual cues from The Tale of Princess Kaguya and with a narrative that feels in tune with Princess Mononoke, we are taken back in time to the small town of Kilkenny, Ireland in 1650 (the very place where the studio is based today). The citizens under the puritan rule of the Cromwellian English live in fear of “beasts” that lurk in the forest, and have songs and festivals about getting rid of the forest wolves. It is here that we find the free-spirited English girl Robyn (Honor Kneafsey), who recently moved to town with her father, Bill Goodfellowe (Sean Bean in his most stoic, noble performance since Boromir), a hunter who has been tasked with getting rid of the wolves in the forest once and for all. Of course, things get complicated when Robyn strikes a strange friendship with Mebh (Eva Whittaker), an unruly kid with a large red mane who is also a wolfwalker: a human with the power to leave her body behind and become a wolf at night.

The first thing to be said is that this is simply a gorgeous movie. Co-directors Tomm Moore and Ross Stewart strike a visual contrast between the open and swirling forests where Mebh and her wolf pack are made to look like moving stained glass windows and styled with traditional Celtic triskeles, and the rigid, more geometric and flat town. But what makes this movie special, and brings to mind the works of Studio Ghibli is how the visuals are in service of the story and the worldbuilding. The contrast in visual styles are not just for show, but to illustrate the conflict at hand, which is deeply rooted in history.

The central conflict of the film idea that we are meant to tame nature and bring civilization to the wilderness is a long one, deeply rooted in colonialist ideals. It’s the main theme in both Princess Mononoke and even The Legend of Korra, and Cartoon Saloon knows we are still feeling the effects of this idea and infuses everything in the film with this conflict.

It’s not enough to show the boring “townies” (as Mebh calls them) as colorless, lifeless people to make us sympathize with the wolves, but Cartoon Saloon deliberately draws the city people with sharper angles and lines while the wolves and wolfwalkers get more free-flowing and sort of sketch-like line work to show how the town has lost part of its folklore and history.

Like the best animated movies, Wolfwalkers trusts in the emotional intelligence of the children in the audience to get the nuance and the darkness of the story. The children in the film are the ones who most quickly and clearly get that what’s going on is bad, and try to fix it, while the adults are blinded by fear of change and stick to protect the status quo until it’s too late. Will Collins‘ screenplay is simple, yet powerful in its simplicity. The film packs a lot of story and mythos into a narrative with a very brisk pace, unafraid to explore the darkness inherent to the real history of the period all while exploring a touching father-daughter relationship that grounds the whole thing.

Though the actual score of the film is nothing to write home about, the use of Norwegian singer Aurora’s song “Running With The Wolves” during a pivotal scene of self-discovery is simply stunning. The scene is the film’s showstopper equivalent to the “Let It Go” scene in Frozen and will make you wonder if the song wasn’t made with the film in mind (despite them being years apart). By the end of the Wolfwalkers you’d wish you could spend more time with these characters in this world — perhaps for a How to Train Your Dragon-style trilogy — even if you know it in your heart that it’s better to let Cartoon Saloon run wild and free to do more original and phenomenal movies.

Cartoon Saloon has made incredible films in the past, but Wolfwalkers feels like the culmination of their work, and their first true masterpiece. Packing historic and cultural relevance, a charming tale of friendship and courage in the face of authority, and a unique visual style, Wolfwalkers would still be far and away the best animated film of the year even in a normal year with more competition.

One thought on “Wolfwalkers Review: The Best And Most Beautiful Animated Movie Of The Year”